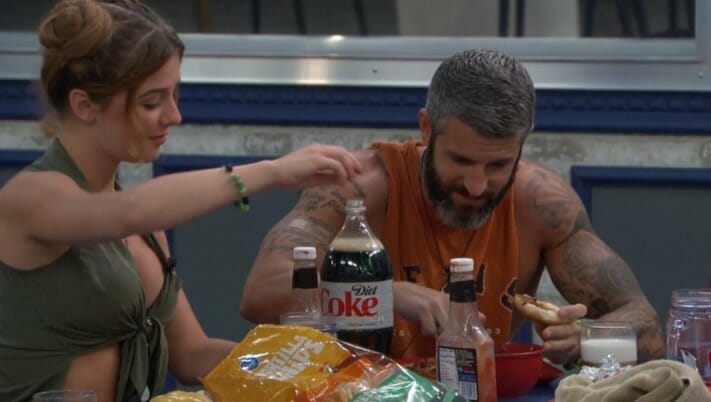 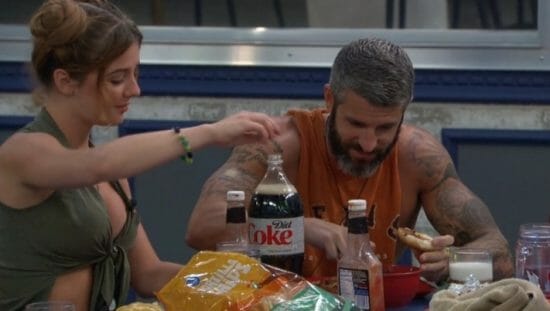 Raven proud of Matt spitting in the face of BB rules

I spent what bit of free time I had yesterday doing some catching up with Big Brother and the comments. Maybe I’m biased but I feel the comment section at Big Brother Junkies is unique because if I skip them, it’s like all my friends went out for the evening, had great conversation and I didn’t get invited.  I’ve waited all season for something to happen and when it did, (after Veto ceremony) I had a lot going on and missed some of it. I mentioned it last night but not everyone who read Steve’s blog, reads the comments. My husband surprised me with a puppy for my birthday. I wasn’t looking for nor wanting a puppy and wasn’t prepared when he arrived. He’s very large, very energetic and he even went to work with me yesterday because I didn’t know what to do with him. It worked out pretty well and I think we’re going to make a great team but it did cause me to miss doing an overnight recap yesterday morning so I’m sorry about that. For anyone who doesn’t know, our moderator Nk, frequently updates some during the night in the comment section so if you’re scrolling through, you don’t always have to wait until morning for info. (They’re funny too because she definitely gives you the info with a little bit of flava.) Instead of “Nick at Nite,” we have “Nk at Night.”

Last night was mostly more of the same. I’ll mention a few of the highlights but I use the word “highlights loosely.” Paul’s still controlling everyone, Alex is still running her mouth and everyone’s coming at Kevin.

I stopped liking Alex when she won her first HOH but I honestly may dislike her as much as I do Raven at this point. I didn’t think that was possible. She wants to make Kevin a have not again, hide the slop so he’ll starve to death, suggested Josh sh*t in his bed and her recent names for him are old bastard, mean, violent, old, leather skin and c*nt b*tch.

It appears that nothing is going to happen to Matt other than his penalty vote and I think that’s a serious mistake by BB.  It’s not even because I don’t like him and think of him as furniture. It’s one thing for us to complain because they’ve slacked off in recent years regarding rules and punishments but it’s another thing for BB to lose control of the house. Why would future houseguests follow rules in future seasons?  This isn’t about Matt, it’s about them losing the upper hand. Have they lost their BB balls? Everyone has their own opinion and some feel the punishment fits the crime because, like Jen in BB8, he received a penalty vote for eating. I don’t think it fits because that isn’t what’s going on in the house. He’s not only eating, he continues to eat, sleeps in the bed with Raven and is taking hot showers. Chima was a ejected for “multiple rules violations” according to Alison Grodner’s own words and I think that fits Matt’s situation. It would also be ironic since he’s only been concerned with jury since the beginning and an ejection would send him, home not to jury.  They could also get creative if they wanted to and remind them who’s running this show. They could do something boring but effective like taking a weeks stipend from him for every day he breaks the rules. They could also punish the entire house for every day he breaks the rules and that would be more reminiscent of BB in the earlier years. Put the whole house on slop & cold showers if he doesn’t comply. I suppose it would be too much of a stretch for them to bring back a little of the psychological aspect that this game used to have. Of course, none of this matters because it’s Wednesday already so they obviously aren’t going to do anything. I’ll catch up with you guys this evening because the puppy just took off with my shoe!!  I hope you all have a wonderful day.