Was Big Brother 18 Considered A Flop? 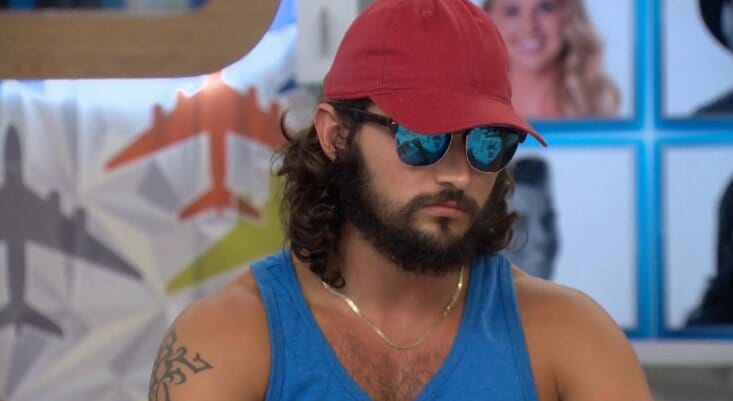 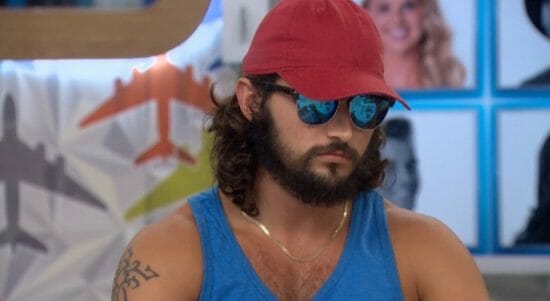 In just a few hours, the season that was Big Brother 18 will come to a finish. Not counting the last week, which is always super boring every season, I think this season has actually been pretty good, despite what the general reaction seems to be. Whenever I post about the topic, I’m generally met with how boring the season was, how they couldn’t watch BBAD, and how annoying the cast is. These are certainly hard points to debate because for the most part, they’re right.  However, does that guarantee a bad season?

I’m not going to pretend this season was amazing from beginning to end. When I say it was “pretty good”, I’m talking a 5ish on a 1-10 scale, but a lot of those points were indeed lost from the slow areas I mentioned above. The feeds, especially BBAD, were generally slow to watch. I can only think of maybe 1-2 times that I posted people absolutely needed to turn on their feeds at that moment because of dramatic moments. Honestly, other than the Paulie meltdown period, the house was pretty drama free. The first few weeks were met with blindsides, but unlike typical blindsides, the aftermath of these were tame. “Oh, Paulie didn’t get eliminated like planned?  Oh well. Hand me that sunscreen”.

Then of course you had the ‘mances’… the showmances (or boremances as I call them), bromances, and friendmances.  I think it may be time to retire using ‘mances’ as a suffix (put it up there next to ‘gate’ on the retirement shelf). Look at Bridgette and Frank. People didn’t know what to call them because they were a weird flirty but not flirty guy/girl friendship, so friendmance was used. Really. Just stop. It’s bad enough we actually have to deal with the showmances, giving it a dumb name just makes it worse.  When you fill a house with 16 mostly single, attractive 20-somethings, hookups will happen. And they almost always suck. Even the ones that actually last and continue to seek fame are annoying. Brendan and Rachel are horrible, and Jeff/Jordan made me cringe watching them discuss clips when she was his guest a few weeks back.  Her voice is worse than Nicole’s, and Jeff still makes fun of her intelligence in a desperate attempt to make anyone around him laugh.

Let’s talk about the positives of the season. While the feeds were boring from a drama perspective, I have to say this was one of the funnier, and most interesting casts in a long time. I’d often find myself pissed at the production for cutting to fish during a conversation because I was getting into it, but then the person had to bring up someone who didn’t sign a waiver and *fish*. The part they aired with Paul, Victor, and Corey making jokes about the 1-2 people per grade thing was only part of that segment that went on a solid 5-10 minutes. It was great. Then the random joking outbursts at production by Frank killed it.  I lost it when he was talking to the guys in the HoH room about not being able to wash towels.  A few minutes later, production cut in to yell at someone about their mic, and Frank yelled “Hey, why don’t you give us some laundry detergent? And I know you’re listening, you eavesdropping sons of bitches!” (I know it sounds mean, but it’s funny because they’re obviously eavesdropping….)

Another positive about the season were all the stabs to the back and blindsides and surprise votes. I mentioned Jozea’s blindside, but that really was nothing compared to the rest. Keeping Tiffany (which resulted in Da’Vonne and Frank fighting). Michelle’s crazy speech thinking she was getting evicted only to stay and have a meltdown during the show. Paulie with his ‘Jozea-like’ blindside of Victor only to have it turn around and slap him in the face when Victor gave him a bigger blindside later in the season. Nicole and Corey flipping and flopping every single week for the past 5-6 weeks in a desperate attempt to make the finals (it worked, apparently… it also worked to destroy Nicole’s reputation on the show).

While this season will not go down for many memorable moments, I had a ton of fun blogging it this summer.  Having early help on the overnights from Amy was enormous in avoiding an early burnout (I wish she could come back.. damn work). Brianna and Pamela did a good job filling in for me while I was in Florida, so I actually got to spend a few days completely away from the game was refreshing. I cannot express how thankful I am to those three, and I didn’t forget Haley who had a post this year, filled in for me when I was in LA last year, and really wanted to post more this year.

I have been running it alone since returning from vacation, but for Big Brother: Over the Top and hopefully future seasons, I will be bringing on some more people who have reached out to me – including Mell! (you know her from the comment section).  I am super excited about bringing her on as some role. We haven’t figured out the best place for her yet, but she is stepping up to the big times this fall. No pressure or anything, right?

Looking forward, I have a bunch of plans for tweaks to the site, and I will also probably slap something together at my Survivor site for updates there.  If anyone is interested in writing there, and can think of stuff to write other than weekly recaps, please reach out to me here. I am going to be pretty busy with BBOTT, but I know we have a ton of Survivor fans, so I want to expand a little.

Alright, that wraps up this post.  Thanks to everyone for the visiting this season. The donations, the comments, the feedback, the help. BB18 may not have been the best season regarding the show, but it was the best summer I’ve had on this site, and it is all because of you guys.

Looking ahead, I will be posting a live thread tonight, and then getting to work on Big Brother: Over the Top which begins next week. Hopefully they release the profiles of the cast before the show starts (tomorrow?) so I can start adding them to the site.