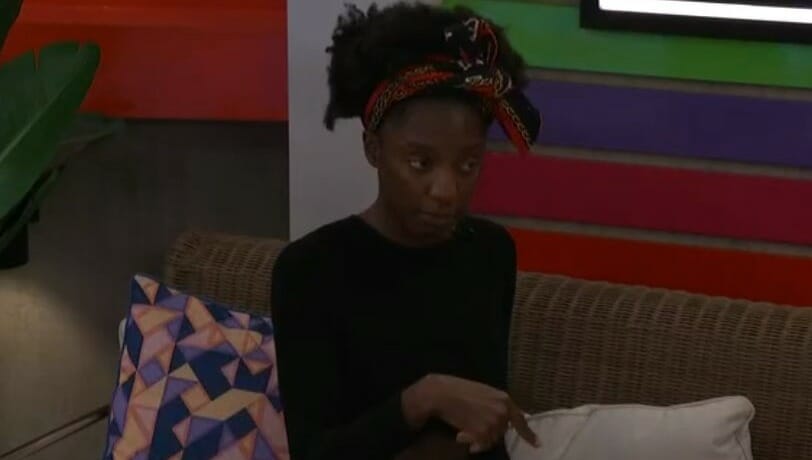 It’s really unfortunate they moved the double to this week rather than have the traditional double eviction week bringing them down to the final 4.  While I’m glad they scrapped the triple eviction, moving it to these two doubles is still a mistake.    On normal seasons, they typically have a final month like

This is because the house is obviously incredibly slow under 5-6 players so they speed it along, but they seem to forget that the final 8-9 is when things really heat up because that’s when alliances are forced to turn on each other.  I personally would have had this for this final month:

This way it gives us viewers an accelerated finish which is needed during the boring parts, but not so accelerated that we miss the entire drama between evictions.  I really can’t stand double evictions late in the season and especially triple evictions. This is the best part of the season and it needs to play out slow enough to bring us the goods but fast enough where there aren’t 4 people sitting around the house for a week playing patty cake.

Holy shit that’s a long intro, I’m sorry.  I thought of that because this afternoon, Tiffany and Claire gave us some of the best feeds this season and that’s only going to continue the more people are forced to cut ties with close friends. We never would have had that if Alyssa didn’t win the veto and then they rip the band-aid off Claire and send her home 2nd during the double.   Just like how we missed the beautiful situation in BB19 when Alex went from king shit HoH to nominated and evicted just a day later because that whole experience was cut from feeds. We never got to enjoy watching Alex as she settled in misery learning she was going home next.

Obviously, this is different for Claire as today was emotional due to Claire being a wonderful person compared to Alex, but the point is the same.  You miss out on these great moments by the way production typically handles the final month.  Do better, production! 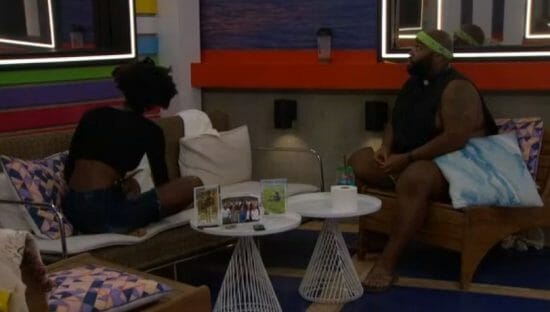 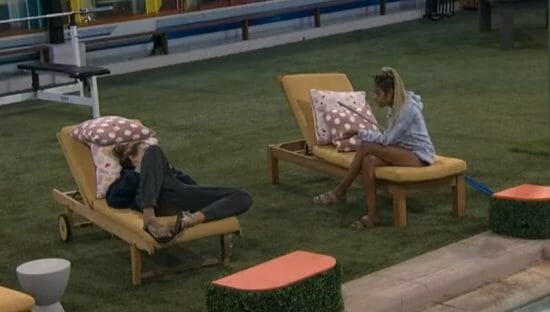