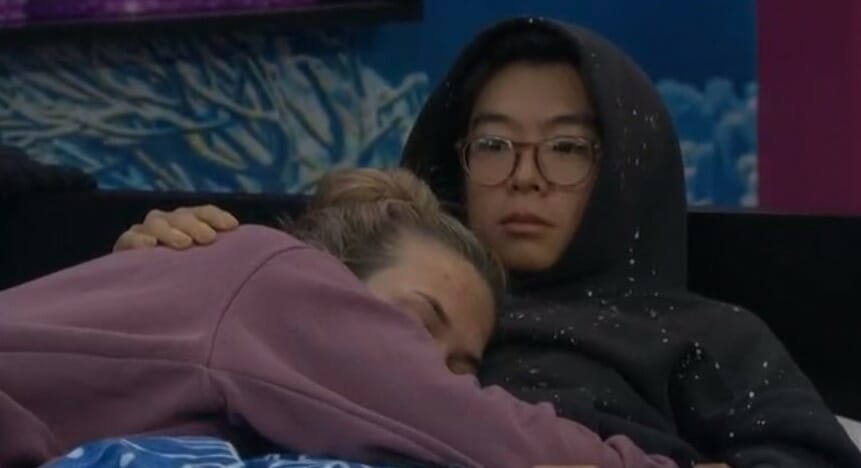 Before I forget, I put a link above to the ‘BB23 Cheat Sheet‘. This is my static page that I’ll be updating throughout the season. I am behind on days because I was re-designing the site almost specifically so I can make pages like this and other custom pages but I’ll be updating this page almost like a little wiki on the season so if you’re ever bored, check it out.

Oh and another thing – Sorry about the e-mail spam this weekend.  That was a mess up on the server when I launched the new design. I was able to cancel any pending emails that were still to be sent out so any future emails you receive about updates should be back to normal.

Alright, it’s Monday in the Big Brother house which means time for some tears when the veto meeting comes and goes with nominations remaining the same. I’m seeing a lot of people online upset over X’s nominations but I’m going to back him up here because my question is, who do people think he should have nominated that would have been ‘good’ for his game?  Within an hour or two of him winning the HoH, I posted how he had just 3 options to choose from if he wanted to keep his two alliances out of it. That was Brent, Britini, and Whitney. While I personally expected him to just copy Kyland and do a Brent and Whitney, he wanted to surprise Brent on Thursday night and chose the best way to do it.

I’m sure people are saying “oh well he could have nominated anyone in the house. Even Azah volunteered”, but that’s not his style. He knows pawns can go home and in no way, shape, or form did he want to risk an alliance member by making them a pawn just so Britini isn’t upset. He even told Azah he couldn’t live with himself if he nominated her as a pawn and she ended up going home somehow. He is loyal to the cookout first and royal flush second.

I’ve also been saying this is a blessing for Britini because she has the opportunity to be a good sport about it and become the season pawn. Why is that a blessing? Because she has the physical and mental capabilities to actually win comps. So when she is actually a target, there should only be a few remaining houseguests and she can win her way to the finals. Now, it’s not actually going to happen like that because she’s destroying her chance at becoming the ‘Victoria’ of the season by crying every week, but this was a gift she is just tossing away. I know it’s much easier for me to write about it knowing what I do know about the house rather than sitting on the block, but she’s going to regret not just going with the flow when she’s eliminated at like 9th or 10th position and sitting in the jury.

The house is still waking up and preparing for the veto ceremony which typically begins around noon and ends around 1 so I have some time.  This is a personal part so skip if not interested – I checked my mail today and want to give a huge thank you to Joy, Malinda, and AIO_7. Your donations are so incredibly generous and I am humbled by them!  I am seriously speechless at your generosity. Thank you so much

Okay, back to the feeds –

Note – I updated the mobile header of the site.  If you see the light blue icons all running down your screen instead of dark blue, clear your phone’s cache.   The mobile menu should be horizontal and not vertical 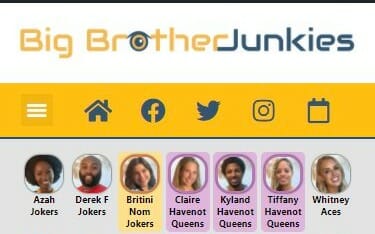 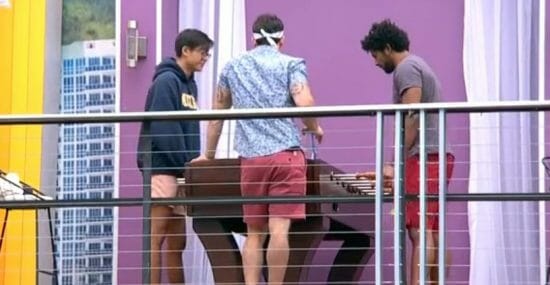 Oh, and I updated the donate page.  I explained that I dropped my link and pushing for people to just donate to Mel if you’re going to donate. I explained it all here. 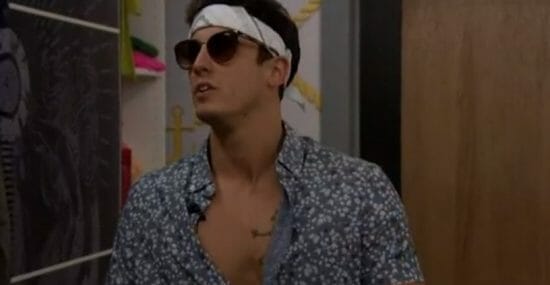 And again, if you’re still receiving old e-mails, it’s all been sent and queued so I can’t stop them. But I stopped the 50 other emails that were due to be sent out lol.