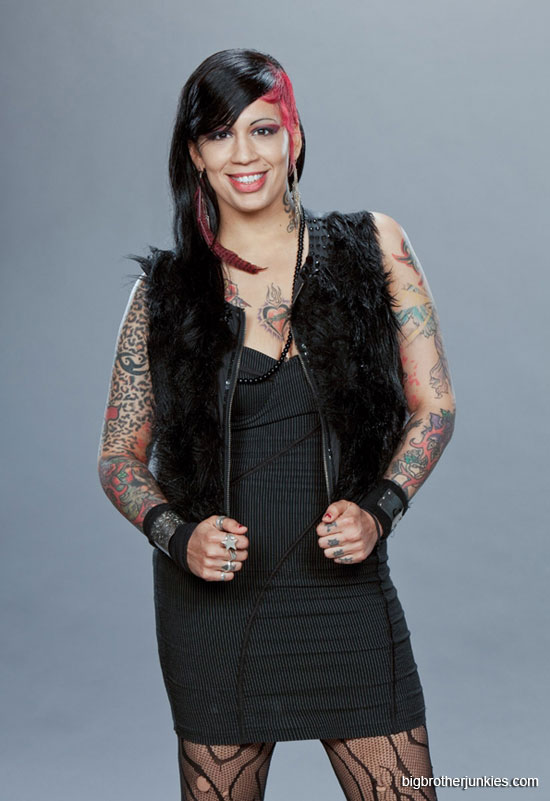 Meet the female Adam Poch, Jenn Arroyo. You can’t have a Big Brother cast without the resident “bad ass rocker chick” who will come off as a teddy bear throughout the season.  When the girls first see Jenn, they’ll be intimidated by her crazy looks and then realize.. oh wait a minute, she actually is human!  That’s a crazy thought!  Because she’ll be an outcast from the girls until they realize she’s a normal person, I can see her settling in with Ian and Frank the Tank relatively quickly and forming at least a 3 person alliance there.

You will have the unemployed guy, rocker chick and nerd.. an actually really smart alliance if they can keep it on the down low.  How many would expect those three to group up?

Prediction: If Jenn can handle the initial storm of insecurities by the other girls and cling on to a real good alliance, I see final 6.

Watch Jenn Arroyo live on the feeds for free