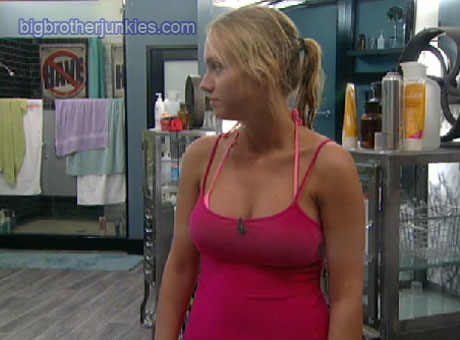 Adam and Porsche played in round 2 of the 3-part head of household competition tonight, and the only thing that has come from it is that it’s now known that Adam will not be competing for the final HoH.   As I’m writing this, it is unknown exactly what the type of competition it was, but it did sound something athletic as they were timed.  My guess is it was a timed puzzle with something involving going underwater.

So Porsche won round 2, and she”ll be facing Rachel in the final competition where the winner is guaranteed at least $50k by earning a spot in the final 2.  It’s really hard to figure out who’d each girl take with her to the finals, but it’s possible they could take each other, so this could have sealed Adam’s exit.

Round 3 will be Rachel versus Porsche, and it will likely take place on the live finale this Wednesday night after Survivor.

ABOUT US
FOLLOW US
©
wpDiscuz
13
0
Would love your thoughts, please comment.x
()
x
| Reply