Mel’s First Recap of the Season! 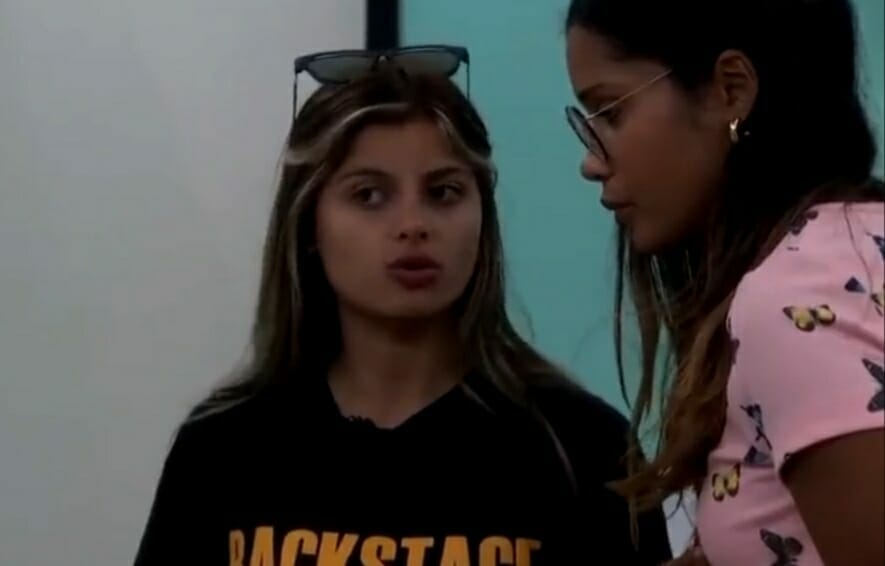 Hello everyone, sorry for the late start! (Every year, I have poorly timed trips) It’s so cool to have the new feed updating happening this year! I’ll probably recap less days a week this season to avoid just repeating the feed updates from the night before. It may work out better because sometimes in the past, I’ve wanted to dive a little deeper into something specific but never felt like there was time. I’m sure Steve can help me figure it out.

Anyway, I’m glad its BB time again and I’ll start with the positive. I like the decor of the house theme and that the feeds aren’t cutting as much. I also think some of the hgs could be entertaining. I don’t like the vibe in the house at the moment against Taylor. What began as Mean Girls has been turning into Lord of the Flies. Almost the entire house has chimed in, although a few are feeling a bit bad about it. It’s been reminding me of BB19 and I hope it doesn’t turn into that. However, I won’t decide to hate a season when we haven’t had an eviction so we’ll see how it goes. There’s something else that reminds me of BB19 and maybe it’s too soon to think this too but…

Paloma talks nonstop, she’s decided already she’s a mastermind and she seems a little delusional. Jasmine can top anything anyone says and some of her stories, let’s just say, seem a bit less than credible.

Daniel is a superfan but so far, I’m not impressed. In his preseason interview, he said he wouldn’t want to work with the bros but he’s doing exactly what they want this week and not really getting anything in return. He also said it would be good to go after them in a month. Sure, go after the big physical guys after they’ve actually became friends, not when they’re still in “anyone but me” mode and certainly not after the veto has already been played. That would be crazy right? Maybe he changed his mind and really wants to work with the guys but I’m not convinced. I just think he’s a bad hoh. The best reason to win the 1st HOH is to put yourself in a position for everyone to want to talk to you and include you in things. He hasn’t gotten very much of that from the others.

I think Daniel wanted to keep everyone happy so he went with 2 people who hadn’t connected as much. That’s fine but I don’t see how it put him ahead and that’s what the first hoh should do. Michael did talk game with Daniel but not soon enough and it was a bit robotic. Terrence was dealing with feeling like the older person (that’s normal) and didn’t connect with Daniel at all. I still think they’re bad noms. I’m just saying an argument could be made for why they went on the block.

With Michael winning the veto,Terrence is now otb with Taylor. Taylor had noticed people weren’t talking to her and and had begun to worry she could be the replacement. She has no idea how much she’s been taked about or that it started on night 1. Now, she’s wondering who she offended or rubbed the wrong way since that’s the reason she was told she went up.

I don’t know what happened in those couple of hours before we got the feeds but I’m guessing nothing. I say that because Taylor has been just fine on the feeds and I can’t imagine someone being a complete asshole the moment they meet people and only for a couple of hours. What I’ve been watching has been more immaturity and jealousy. I’m sure this didn’t help:

The ball did go in tho so there’s that….Anyway, my point is there wasn’t time for people to get that mad at anyone, even if they were mostly hanging with the guys at first. Most of the women had already decided they didn’t like her so who was she supposed to hang out with? Nicole and Indy spent time with the guys too but that wasn’t a problem. Sure, there’s the bikini on the pool table but most of the time Taylor has spent with people has looked like this (not that it should matter):

Paloma came into the house like a bulldozer, formed multiple alliances almost immediately and was the ring leader of not liking Taylor. Not to be outdone, Jasmine has just given it her best effort to try and beat out Paloma in this area. (She may actually be winning at the moment) They had some fun laughing at Taylor’s walk too:

I also don’t get what the deal is with pageants. I know that isn’t everyone’s thing but they say “pageant person” the way you would expect someone to say “serial killer.” Paloma told Daniel it was “stupid for Taylor to admit she was a pageant person.”

Paloma is running the house tho because mean girl or not, she’s been busy. She came in hot and hasn’t slowed down. Most of the house thinks she’s great for now but how long will that last?First, she started the girls girls alliance because she wants to support women. She’s demonstrated this by immediately deciding 2 of the women weren’t included (Taylor and Nicole) because they “weren’t girls girls” enough and continued to talk nonstop shit about one of them.

She moved on to form the Mamba alliance (which I think has to change the name) with 3 women and 3 men. She told Alyssa they’d use their extra 3 women from the first alliance as shields and keep the guys around to win comps. Oh and Indy ma be her next target if it isn’t Terrance. Girl power, right?

You have to give it up to her tho because she’s probably getting out someone she wants this week and so far, she’s running the show. She’s doing this without knowing what the twist is that could involve her, without any power and without a vote this week.

I mentioned a couple of cracks forming in Palomas game but they may not be big. Monte may be starting to wonder if she’s nuts and her BFF Alyssa has not only pulled back on the Taylor crap talking, she’s also getting a little annoyed that Paloma is in a better spot than she’s in.

Yesterday, Paloma told Monte and later others that she’d hacked the game and plans to invest some of her winnings in the other hgs businesses. She said she knows you can’t split the money but nothing says she can’t invest it. She also told Monte she’s already won the game and called it checkmate. (Who are these people?) She filled him in on her plan to never win hoh so she doesn’t get blood on her hands.

Later, while discussing the next hoh with Ameerah, Monte said a woman should win the next one. She said Paloma would be gunning for it and really wanted it. Monte seemed confused since Paloma had just said she never wanted to win it.

The women have talked trash about Taylor since the first night but Monte may have done the most damage to her game. Taylor told Monte that Paloma said she was going after strong guys. Monte asked Paloma about it and she lied and said Taylor was making it up. If you have the head of the girls group and seemingly the head of the guys group wanting Taylor out, she’s probably gone. Monte has also told Daniel that production was pushing a Monte & Taylor shomance. He seemed worried it would put a target on him and wanted it dropped. My point is, I don’t think Monte needed much of a push to go against Taylor. The guys were also paranoid Daniel would take one of them out so going after a woman was what they were hoping for. It’s kind of win, win for Monte if she leaves. No more shomance pressure and the guys stay strong. He also likes Paloma so he believes Taylor lied.

Now that Taylor is otb, can she get more info and argue against some of the things that have been said? Some of the hgs only want to evict her because they think everyone else does. Being up there with Terrance could make it tough for her but some stuff is already starting to come out.

I know this was all over the place but I’m rusty so it will get better and hopefully shorter.

Have a great rest of your Monday!