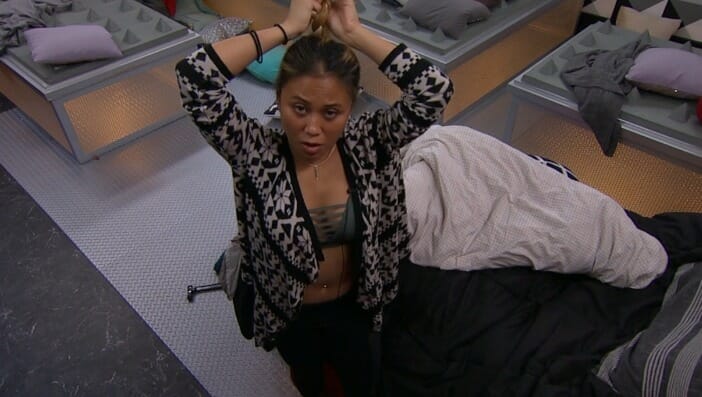 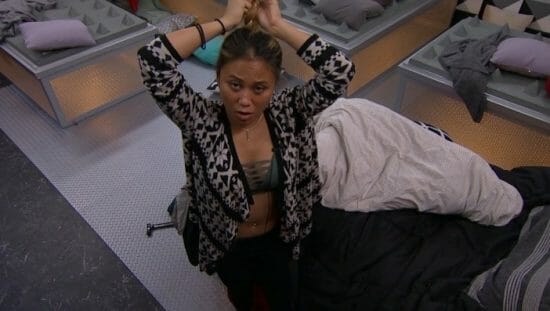 Not much is going on in the house, so there is only one thing to really talk about and that is the 180 of Alex from horrible human to sad victim because she realizes she’s out of the game and has a new focus…

Now, hold back from laughing for a few. She made her case for it at around 10 pm on the feeds, and it was very compelling (not really). Between her new found bible sessions, she took a few minutes to make a plea asking for AFP. Why? Because she won competitions!  That’s right. Alex apparently doesn’t understand what the word ‘favorite’ means because it certainly doesn’t mean ‘best competitor’. She would know that being the superfan she pretends to be though, right?  Look at some of the recent AFP…

Even counting Elissa, one thing those people have in common is they’re all pretty good people.  Let’s look at a list of Alex’s lowlight reel that she can use for her submission for AFP…  (via reddit)

Yes, this is the player who wants to win America’s Favorite. What do you think? Should they even bother holding a vote, or should they just give her the prize right now?

PoV meeting later today. I’m unsure if Alex will cause any drama when she fully accepts her new ‘ride or die’ is choosing the latter. She had a long night to stew over it with a lot of grumblings how Paul was a ‘counterfeit’, but as of right now doesn’t appear to want to blow his game up for some reason.  I’ll post an update later to see how that goes.