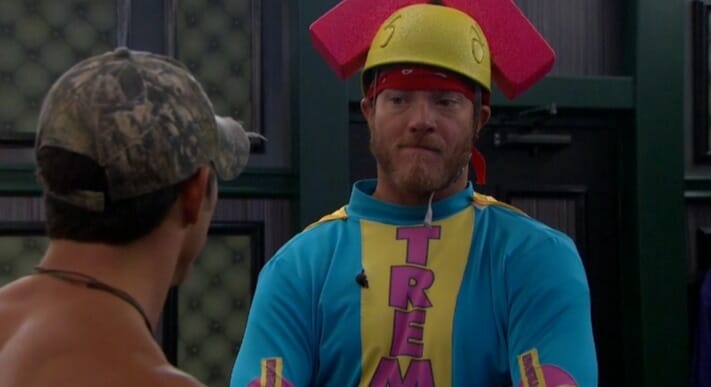 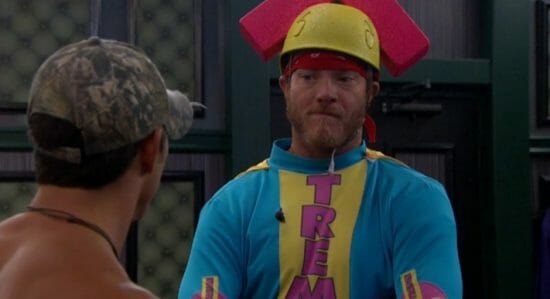 Sorry about the late start today. I had a dentist appointment this morning – fun.

Today is the veto ceremony and it could be a pretty game changing day – under normal circumstances and a normal cast. Matt won the power of veto and he’s on the block. Normally, that’s it. Matt saves himself and since he’s a 3rd nominee, Elena and Jason remain on the block with no replacement. Of course, this is Matt we’re talking about. The guy nobody cares about who is merely playing to make it to veto so he doesn’t really care about being a pawn or being sent home. This means he has no problem remaining on the block to save Jason so Alex can swap him for Cody.  Sad, but so is Matt.

That doesn’t mean Cody has given up hope as he has been making pitches to Alex and Jason who have been doing a great job humoring him.  He is suggesting when this happens, Alex re-nom Raven instead of Cody and everyone vote out Matt.  I’m sure he had no help from the DR on that idea *wink*. That said, it’s irrelevant because I’m fairly confident Alex is going to nominate Cody when this happens.  That doesn’t mean Cody’s game is lost, it just means he has a few days to convince a few more people to vote out Matt.  This should make for a fun week of watching Cody actually play the game, and who knows, it may work, but don’t get your hopes up if you’re a Cody fan. The biggest thing this is going to do is make for better TV and give people who don’t watch the feeds hope.