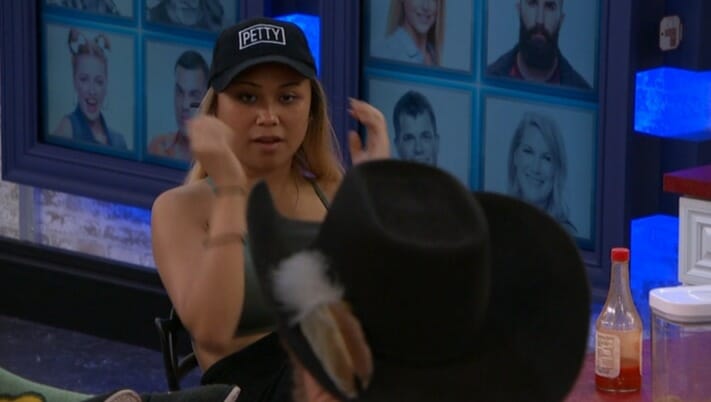 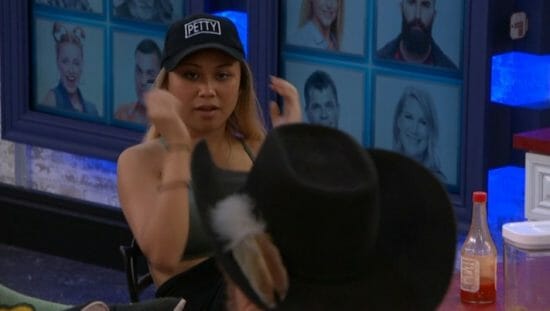 Before I begin today, I want to say how proud I am that you guys raised over $800 toward the Hurricane Harvey charity that was set up for this site. When I set up the campaign, I was a bit taken back by the $500 default amount thinking there was no way we could reach that, so I set it to $100. Then $250. Then back to $500. Then up to $750!  If I wasn’t out all day, there would have been a chance to hit $1k in under a week. Absolutely amazing. Readers here make our jobs fun and I cannot thank you enough!

Moving on, it’s time for some Big Brother talk…

I’m going to bitch a little about Christmas. It’s nothing major and nothing I haven’t said before, but last night was yet another example of why they should have removed her from the game after her injury.  This is nothing personal against her. Condescending attitude and nightmare laugh aside, I don’t have many problems with her (though she should count her blessings she got an incredibly nice edit last night that didn’t show just how crazy she looked during the fight with Kevin). However, last night she won the HoH by default! In the words of Raven… “are you shitting me??” It was the running competition where you hold your mark until you see a word and somehow she won.  The only way I can see this happening is if every single person got a DQ each round which automatically handed it to her. I am really curious how this happened, so I can’t wait for Sunday night to show this in detail. How was she able to hold the pose to not get herself DQ’d immediately?  Why was she cleared for a running comp to begin with?

Today could be an interesting day on the feeds because there are no more backdoor plans this season. Sure, you can keep your target off the block and hope to hell they don’t win the PoV which gives them the opportunity to not only save themselves but pull another target off, but that’s just stupid. Everyone is playing in the veto comp this week so the target should almost certainly be nominated. The big question will be if they’re nominated with a pawn or a second option.  The target this week is Jason then Alex (due to Jason’s connection with Kevin giving him two allies).  Alex volunteered to be a pawn next to Kevin because she thinks he’s the target but that would mean leaving Jason off the block and risking him winning PoV and saving Alex. Christmas can do that, but seeing as it’s always Paul’s HoH, he’s smarter than that.

There is a good chance I am going into the city tonight but I should be around to post the nominations and dumb temptation should anyone use it this week.