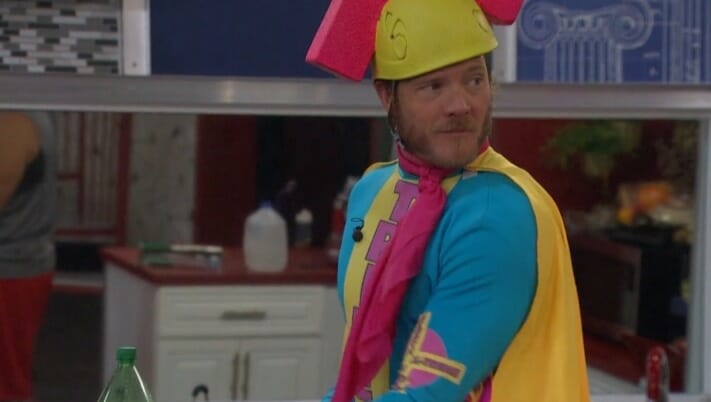 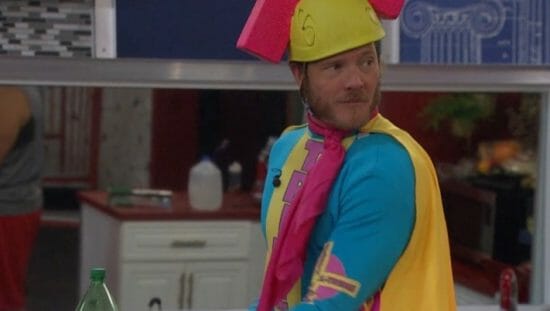 I am hope between things I have to do today so I wanted to create this post which I will update later when the PoV happens because it could be a good one.

Why?  Because Mark was picked to play in it!  This means the current players for the veto competition are Christmas, Jason, Matt, Paul (of course), Raven, and Mark.  Seeing as vetos are typically on the physical side, there is a good chance ole Christmas will be sitting this one out. That increases Mark’s chance of winning to 20% and then possibly 25% if you exclude Raven who is next to useless (watch her win.. noo). Matt is also pretty damn pathetic, so in theory Mark has a 33% shot at saving himself this week. Those odds are far better than they were a few hours ago, but still won’t mean anything if he loses.  Paul is a very strong competitor and Jason can be as well depending on the comp. I also wouldn’t rule out Matt so at worst Mark has a 25% chance.  Who knows, it could be a cereal eating contest.

The odd-couple has been picked as have-nots for the week. Mark and Josh will be spending the week in there. This will make it the 4th week he’ll be in there unless he picks the key again and gets luck like he did last week. Had he not been lucky last week, this would be his 5th week (out of 7 weeks).   Here is a random number of weeks in the have-not this season by person….

I think it’s time to start balancing it out and making Alex, Christmas, Matt, and Raven have-nots for a few weeks. Raven having zero is pretty bullshit

Alright, here are some updates before I step out and before they play veto…