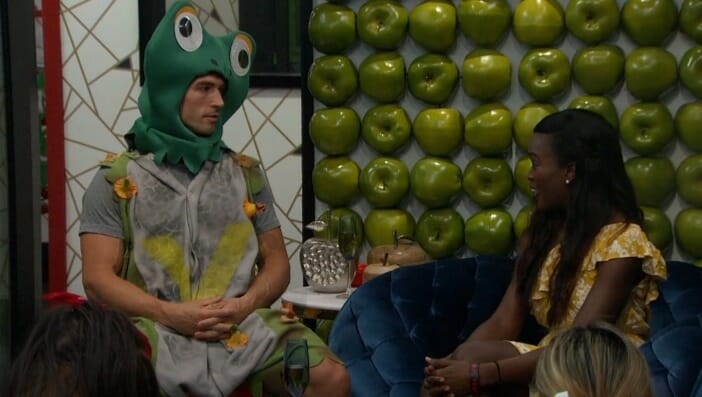 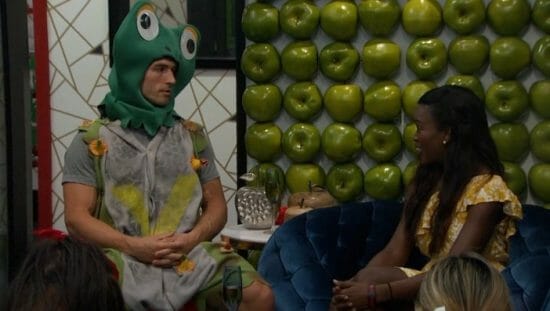 I know I named the title ‘Thursday Morning Chat’ like it’s a regular segment here on Big Brother Junkies, but it’s not. I’m just not very creative with titles and wanted to jump right into the post.

Last night, I zonked out fairly early so I missed a bit of the feeds, but there were a few things I wish I was awake for.  Before I talk about that, just a quick Christmas update – she’s still not in the house, though she is probably coming back today.  Kind of weird they’re allowing her so much time out of the house as they probably should have just removed her from the game entirely so she can take care of her foot, but that’s not my call. Of course, it’s not like the house is a dangerous environment for her to be in, but the entire point of the show is to keep people isolated all summer and it defeats the purpose if she’s outside the house for hours on end.  I really doubt anyone slipped her information, especially considering there isn’t currently much info to give, but it’s still weird.

The big thing on the feeds last night was Dominique making a splash in the game by hosting her talk show and not really holding back on the questions.  Who is Dominique?  I know, she’s rarely mentioned and that’s because she rarely does anything worth mentioning. That is good for her game, but it also exposes her when she actually does something worth talking about. Especially when she is hosting a fake talk show and asking houseguests some pretty .. weird? .. questions. More on that soon….

Her show began around 10 pm, but I am going to jump into it at 10:30 when Cody was surprisingly a guest on the show and if you’ve watched his DR sessions, he’s not really one to mince words.

I’m going to do some flashback blogging for it…

That wraps up the interview. She did ask Ramses some weird questions about his sexuality that I may flashback to but for now I want to watch the post-interview reaction

Time for some post-interview recaps…

Running some errands, I will be posting later on and of course stand by for the endurance HoH competition tonight!