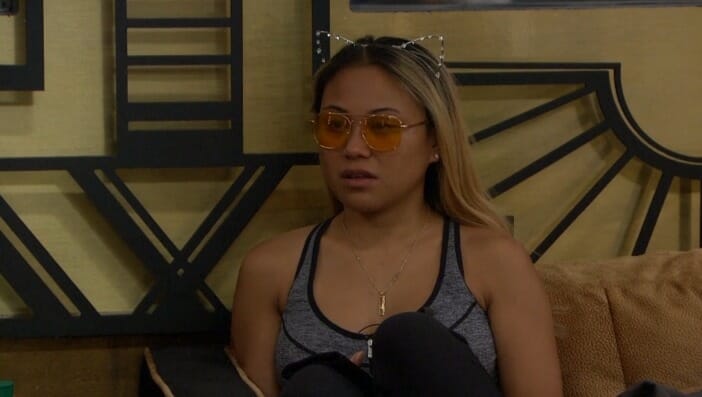 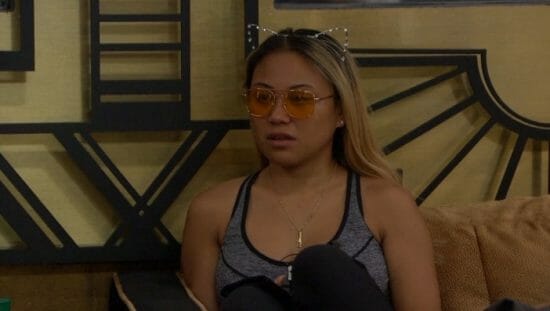 Anyone but Alex needs to win PoV

I give Alex a lot of crap on how awful she is. And she is. I’m not going to pretend she’s not. However, when it comes to Big Brother as a gamer, she is also awful. Alright, that’s not a good way to start what I was going to say. Let me rephrase this. As a person who has the ability to manipulate a few select weak minded people, she is fantastic! There, I gave her a compliment.

Anyone who has watched 5 minutes of this season knows that Josh is an emotional wreck. I’m not going to play shrink and pretend to understand what is going on in his head, but I do see that deep down he is a genuinely caring person who does awful stuff inside the house because of whatever insecurity issues he has that makes him do whatever Paul tells him to do. Alex is not blind to how Josh is and has spent the better part of the last week preying on that vulnerability. Last night she had a long talk with Josh and gave him a super guilt trip and even threatened to not be his friend after the show. Why make such a threat? Because Josh is the only one who believes they will all remain friends when the season is over and doesn’t want to lose that (again, back to whatever issues he has).

The reality is that Alex is not going to remain Josh’s friend and never was. She will probably not even really talk to Jason a whole lot, or anyone else this season. Why? Because that’s just what happens. These people come from all over the country to spend a few months inside a house together and by the end of it, they’re sick of each other almost as much as live feeders are sick of them. Even ‘best buds’ Paul and Victor had a near non-existent relationship outside the house because they’re really two different people who would have never hung out if not for the show. That’s just the way it is.  Side note to this – Victor is dating Nicole. If you didn’t know this, sorry to drop the casual bomb in the middle of my paragraph, but it’s a good test to see if you’re actually reading this. I knew throughout last season that Victor had ‘more than friends’ feelings for Nicole. It was clear the way he interacted with her all year.  It’s also clear he remained the stand-up guy he was and didn’t try to get between her and Coreeeeyyyyy. Nicole and Corey were never going to work out and Victor patiently waited and is now dating her. Good for them. Victor is a great person, and Nicole is another rare good person. I hope they last for a long time. I really do.

Back to this season. Alex working Josh is almost pointless but she really has nobody else to work. She thinks she’s allied with Paul (like everyone else this year), and if she gets Josh, that should be all she’ll need to make it to the end (in her mind). If she survives this week and has Josh and Paul behind her, she is in great shape to make it to the end. Of course, she doesn’t realize Paul actually isn’t behind her and she still hasn’t noticed Josh up in Paul’s butt (maybe she isn’t far enough in, yet). Despite her complete lack of self-awareness of her position in the house, she is still trying so I give her credit for that.

The veto competition is today and everyone knows it’s important for their own game. Paul even gave Kevin the ‘go-ahead’ to try to win it (this is such a sad cast) because the trio wants nothing more than to evict Alex this week and then knock off Kevin after that. Josh is toying with the idea of trying to send Paul home, but he scrapped that and said he may just try when it comes down to the final 3. To his credit, he is pretty powerless to send Paul home even if he wanted to. He tried to talk to Christmas about the game Paul is playing last week and she damn near bit his head off and then further curb stomped him after he walked away from her. He has no options and that’s just the way Paul set it up, once again proving who really deserves to win this season.

I will try to update later after the veto competition.  It may be a fairly long one as I expect it to be the comic book challenge which generally lasts a few hours.