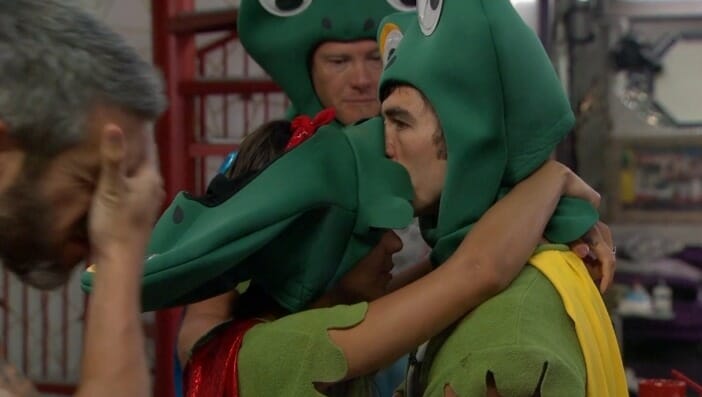 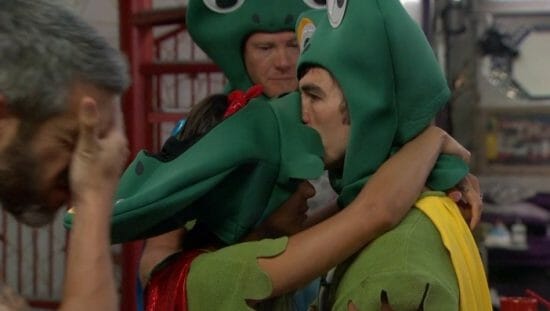 Good afternoon, everyone. Sorry about the late post today. I had an appointment with the dentist.. booo!

Not a ton has been going on in the house, anyway. Christmas is off for her surgery today which should be interesting when she returns. I have no idea how she’s going to make it work, but then again having a dozen roommates to help you out may not really be a bad thing. Maybe she’s better off in the house?

Cody and Jessica have already accepted their fate and it shows in their actions. They are taking the lame duck approach and just spending time with each other before Cody gets evicted tomorrow night.  Everyone knows it’s coming, and they’re not even trying to campaign.  Jess has been trying to rebuild bridges with people, and Cody has actually been a bit more social with the house, but that’s about it. Jess will need a new group on Thursday night and I’m sure she’ll be able to find some willing partners. Votes are important in this house and they’re not going to alienate her for pretty much no reason (she really didn’t do anything wrong).

Meanwhile, the house has been on indoor lockdown since yesterday afternoon which is unusual but combined with the scrolling message that tomorrow night there will be an HoH competition on the feeds makes me think the competition is going to be something really elaborate like the endurance wall.