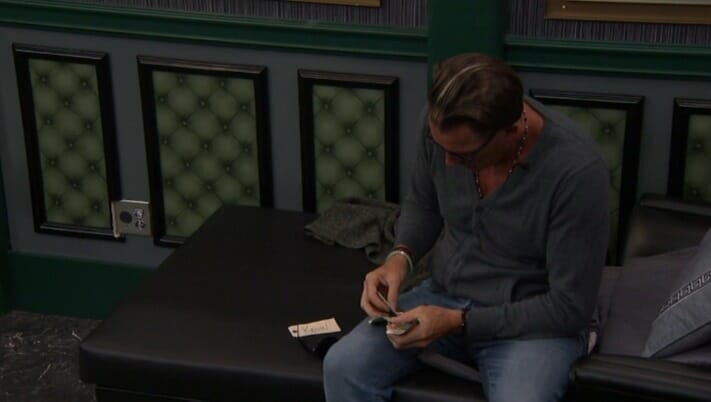 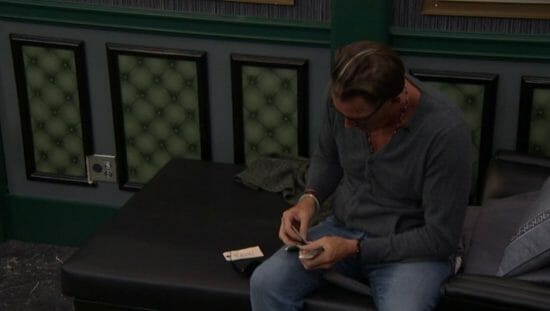 Wanted: Someone to go to the BB house and scream into a megaphone something along the lines of “We love Kevin! Paul can’t be trusted!”

Shit. I just realized today is Wednesday and the yard is probably closed until at least Sunday.  Well, here is to sending some positive vibes Kevin’s way from the internet!

Now I know what some are going to say. Oh, don’t be so biased! This is a blog, you shouldn’t have favorites! Perhaps, but the reason I am so worked up today is that screenshot above. That is Kevin sitting there in bed looking through his stuff that he is now carrying around with him because he is scared Alex is going to destroy it. Nobody should live in the house worrying if their personal property is going to be maliciously destroyed. I understand Alex had something happen to her cat ears earlier in the season and I’m not a fan of that, either. The one thing I don’t like is messing with personal property. It’s just something you don’t touch in this game.

When you add in the fact that Kevin really hasn’t done shit and he’s just the target of a bullying campaign, it makes this scene much more disheartening. Now I’m not going to sit and pretend he has been 100% innocent this game. The only person I can think of who was like that would be Donny. However, he is far more innocent than anyone else and has really just been trying to play a social game all season long. He is rarely in on any conversations trashing others (if at all). He doesn’t get involved in every fight in the house a la Christmas. And he’s been the only one to break against the pack to not make Cody and others feel like outcasts when the rest of the house did.  Sure, he has told game-related lies like just about every single player in Big Brother history, but that is about the extent of his ‘evil doings’ this season.

Virtually out of nowhere, Alex decided she no longer liked him and made it her mission to make his life a hell in the house. As we pointed out the last two posts, she apparently had a screaming match with him when the feeds were down last night and it sounds like she said some nasty things. Enough to where when the feeds returned, he was sitting talking to Christmas worrying that she was going to mess with his personal property. The only people who haven’t been awful to him are Jason and Paul, and they are gladly talking bad about him behind his back. This is how Alex woke up today. 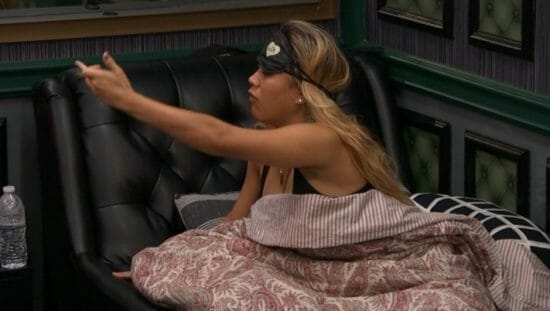 Yes, she woke up and flipped off Kevin’s empty bed. What the hell?

Before I begin the live updates, I want to once again thank you guys for the enormous showing of support for our Hurricane Harvey Fund. I cannot believe we are near the next goal of $750 raised in just a few days. I am ending the campaign Friday, so be sure to donate whatever you can. Even a few dollars is helpful!