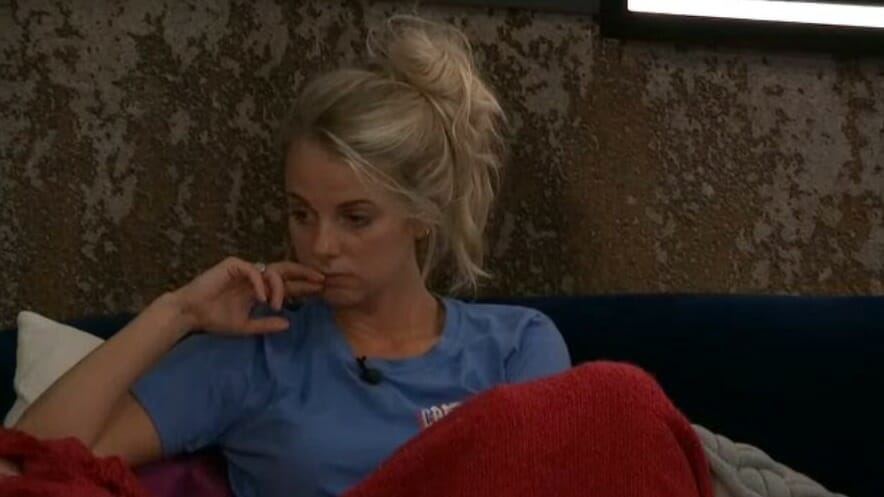 Good morning….I guess. Last night wasn’t the result I’d hoped for but it wasn’t the worst possible outcome. (In my opinion) The new HOH is…..Memphis. Yes, a combination of Day, David and Kevin will go on the block and Memphis may make it a boring week by going to bed at 10:00 p.m. The Love Triangle will have plenty of input this week, but at least they arn’t in charge. I just can’t handle 2 weeks in a row of Cody, Nicole and Dani in the hoh room all the time. There’s a tiny chance Nicole could get a little paranoid since she isn’t close with Memphis, is the only winner left and Memphis recently joked about sending her to jury. Don’t get excited, it’s not going to happen but at least she won’t be completely carefree this week. That’s your silver lining and it isn’t much if you were hoping for a house shake up. It’s more of a murky gray instead of silver, but that’s what we’ve got.

Last night, the Committee had 2 to 1 odds of  winning the HOH over Day, Kevin and David. (that’s if you count Enzo on their side, which he is) Of course, if you reverse it, having a 33% chance of winning doesn’t sound too bad. They played, Memphis won, here we are. (It sounds like Tyler came in 2nd. When the episode ended, Cody, Memphis and Tyler looked really close) If it couldn’t be Day, David or Kevin, Tyler would’ve been my next choice.  Maybe having less back hair helped Memphis be more aerodynamic while running with those puzzle pieces: 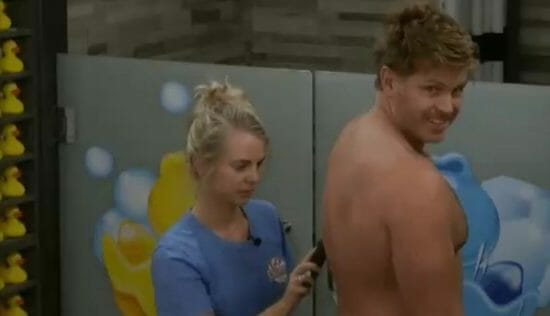 Back shaving must be an important part of preparing for the Thursday eoisode.

We’ll have to wait another week for the Committee to turn on each other but they know they have to plan for it. Most of them are already doing it so there should still be lots of game talk to cover this week. For now, the veto should determine which of the 3 targets remain otb, no matter the Committees preferences. (They all don’t agree)

Recap from before the eviction:

Thoughts on the episode: 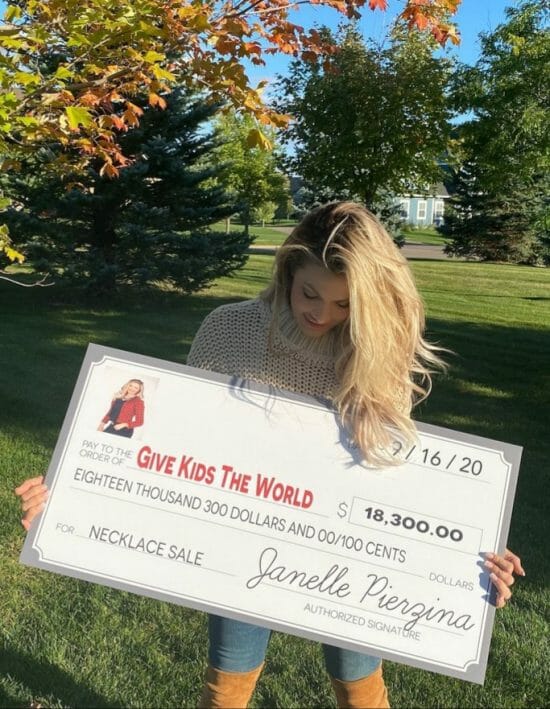 Janelle recently auctioned off her ‘Janelle’ necklace she wore in the house for charity. Right after, she made a joke on Twitter about doing the same with Nicoles wedding invitation. A BB updating site offered her a grand for it yesterday. Even though it began as a snarky comment, she told them “deal.”

Live feeds after the HOH comp:

It sounds like the plan to steal David’s vote is working, at least so far. Hopefully we’ll hear more today about what was discussed last night while the feeds were down.  I have doubts this is going to work long term but if it does, I may end up really impressed with Nicole, because it’s extremely devious. It’s the kind of stuff Tyler tried and accomplished in BB20. It’s the kind of thing Dan would have done. (No, I’m not calling Nicole a Dan!  I’m only saying it’s the same kind of over the top, multi layered, plans he pulled off) It’s too soon to know if it will continue to work and I’ll only be impressed if that happens.  As long as they can handle people being extremely angry if it does come out, they don’t even need to get away with it very long. If you can keep Day, David and Kevin from working together, they’ll be even easier to wipe out than they already are now.  Nicole won’t be able to take complete credit, because this was already a perfect storm between Day and David. Regardless, I’m curious to see where this goes but damn, I hate it for them. Day already had bad odds and this will just make it worse. 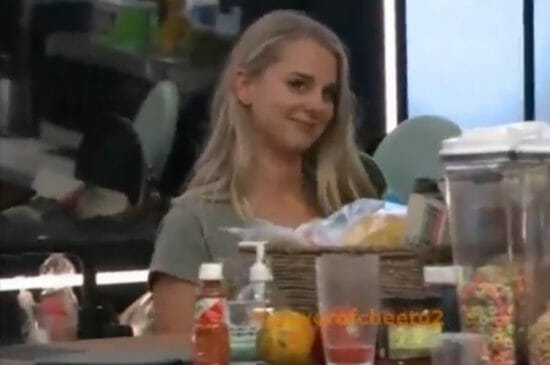 Before you assume this is just me being cynical, I’ve seen her do it before.  She did it quite a few times on BB18 and this isn’t the first time she’s done it this season.  I remember a specific time during BB18 when she was having a conversation with Corey.  She had to explain to him what she was doing because he never caught on. She’d started talking about the choices for eviction that week as if she was having a hard time deciding who to keep.  It didn’t make any sense to him because the decision had already been made. After trying to get him to participate a few times, (while he stared at her blankly) she finally told him she was having the conversation to give production footage. She’d said they’ll want to make it look like it wasn’t such an easy choice for us. The other morning, when she was outside on the couch, crying and going over how upset she was….out loud….to the cameras….same thing. They actually used that one in the episode.

That’s it for me today. I may have something for Steve to post tomorrow, depending on how busy my work day is today. (I had something I wanted to write about if time allows) It won’t really be a recap though since I’m sure I’ll miss too much over the weekend. Thanks for all the congrats for my daughter and son in law.

Have a great Friday and weekend!