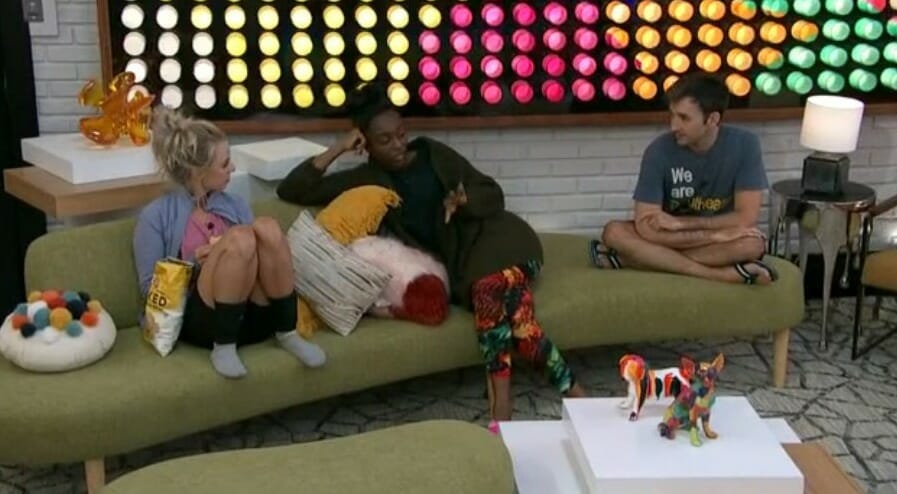 It’s Friday afternoon in the Big Brother house and that means the final safety competition of the season as well as nominations.

Tyler has a very big decision ahead of him as he has to choose between one of his 10 final two deals he has going on. I’m kidding, this is an easy week for him. He’s going to nominate Janelle and Kaysar because he’s a safe player and will let everyone do the dirty work all season until he makes it to the final 2 and everyone compares notes and realize he was just playing them all year.  You know, like Big Brother 20.  Perhaps he feels his strategy was good and just the jury was bad?

Regarding the safety suite, that is now over. Enzo won the final won and decided to save Christmas because ‘She’s happy and fun to be around’. Okay, who is this person in the house and what did they do with the miserable mean person from Big Brother 19?

Also, huge thank you to Susan for your generous donation!   You get a big virtual high five from me!