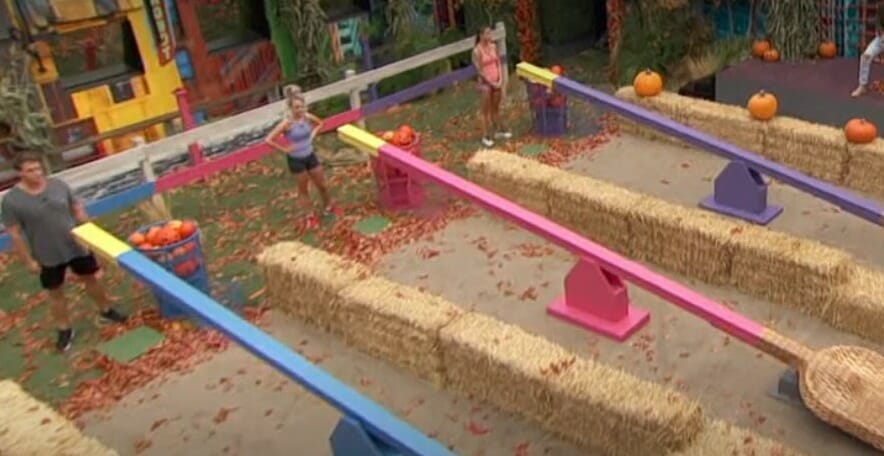 As I type this, the feeds are not back up, but they should be soon.

With that said, tonight we will learn 25% of the final 4 and possibly have a good idea on at least 1-2 more. With 5 people remaining, there are still variables that can come into play regarding the veto, so we won’t know for sure who the final 4 will be until Saturday, but we can definitely speculate which is something we’re good at!

This week, it will be 2 votes to evict and likely the HoH doing the tiebreaker depending on the situation. This means the HoH will hold quite a bit of power this week and it’s probably the last week they really will. Beginning next week, I believe the veto winner holds much more power as they not only become safe, but they end up as the sole vote to evict. But, we’re getting ahead of ourselves here.  As I said, this is probably the most important HoH week in the season, so I’m anxious to see who won it as I’m sure you are as well.

Without further buildup, the winner of the HoH is:  Nicole!

And there it is, with one competition we now have a very good understanding how the rest of the season will go.  Memphis will likely be target #1 with Christmas as the backup.  If Memphis goes home, it’ll be Nicole, Enzo, and Nicole against Christmas.  The veto winner there will be huge as Christmas winning (for example) could change the final 2 from Cody/Nicole to Enzo/Christmas.  It’s really all up in the air, but the early thing is that Memphis or Christmas will almost certainly be the next evicted.