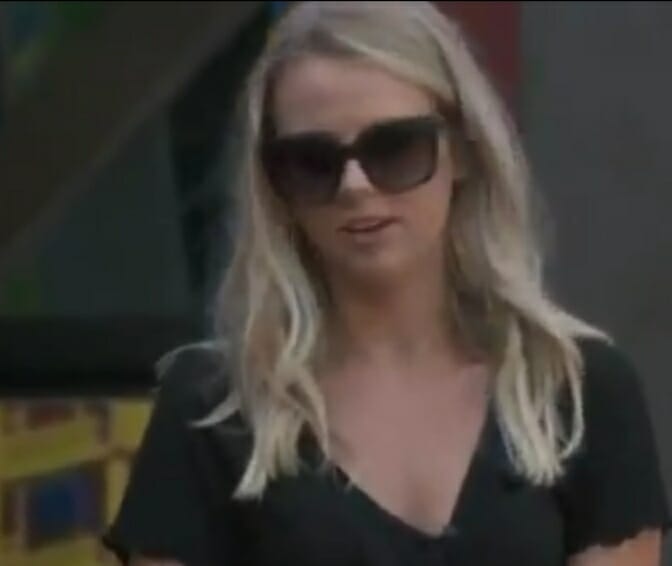 Good morning all! I’d love to say ‘you won’t beleive everything that happened in the BB house yesterday’ but I can’t. It was a pretty dull day except for a small stovetop fire when David was making fries. I don’t know who everyone’s rooting for or if your faves have already left the house. I’ve had several and the last one will most likely be leaving Thursday. Once Day is gone, I suppose I’ll be rooting for chaos.  I’ll  watch to see which guys backstab each other, who Christmas turns her anger on next and if Dani & Nicole realize they shouldn’t have evicted most of the women.  It’s the way I had to watch BB16. (this season definitely has a BB16 vibe with a splash of BB19) Of course, the chaos never happened that season and it’s why, to me, BB16 was one of the most boring seasons. 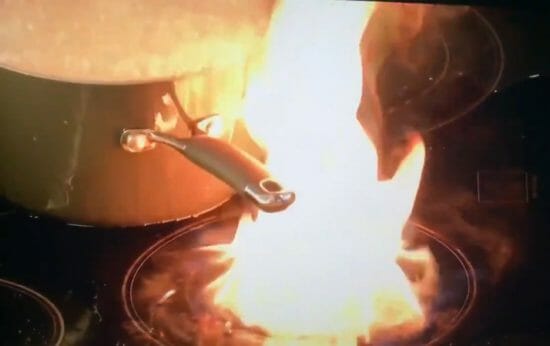 David’s fire reminded me of Kaysars ‘burn it to the ground’ comments. Symbolic of this season, perhaps?

This isn’t meant to be depressing and in fact, it’s intended as a bit of a pep talk. (yeah, I know, I’d never make it as a therapist) Many of us are sick of the direction this season has gone so I guess, I’ll just throw out a suggestion for a way to still enjoy it. If you can’t cheer for someone to win, sometimes you have to cheer for someone’s demise.

Just as players tend to repeat certain habits, so do fans and frankly, we’re a hilarious bunch!  It’s because were so predictable. A week before the season, we start getting ourselves pumped up. The 1st or 2nd week, we pick our faves and the cheering begins. By around week 3 or 4, we’re feeling sorry for ourselves because once again, our favorite isn’t very good at the game. Sometime around the halfway mark, we start saying it’s the worst season ever. Give it a couple more weeks and ‘the show should be cancelled’ comments start. Around 2/3 of the way, we find ourselves rooting for someone we couldn’t stand the first half of the game. It’s usually a player that’s completely clueless but now, they’ve become the underdog so it makes them more likable. We hang in there a little while longer, just so we can cheer when a couple people we despise get evicted. We’ll wrap things up by (sometimes) being disappointed in who the jury chooses to win, swearing we are done with this stupid show……until next summer, of course. As BB fans, it’s who we are and it’s what we do. I just embrace that fact and laugh at myself for it because it really does make it easier.  OK, I don’t want to overload you with happiness, so I better get to the recap:

This is such bullshit from Nicole. Everyone she’s repeating this to knows the truth so it’s for the audience and possibly to convince herself. Nicole knew the problem it would cause, it was discussed prior to doing it AND it’s one of the reasons she did it. It’s not where it started but she said herself, this was the bonus. Like she said, it worked. She’s just worried it won’t be seen as a game move and has said as much.  For the record, this WILL probably cause Day to take to take heat from people for the personal aspect of it against David. However, it WAS a game move and both things can be true. It isn’t Nicoles responsibility to make sure Day doesn’t look bad for not trusting David. David has also given Day reasons not to trust him, more than once. I can’t stand Nicole’s victim game or her obsession with her edit but she can’t be single handedly blamed for Day not trusting David.

Do I think it was a crapy thing to do to people who were already beaten down in the game?  Yes. Was there a potential game benefit to doing it?  Yes.  I know they were outnumbered but let’s say Day won this last hoh.  How much do the odds increase that she puts David on the block because of what she thought had just happened with the vote? They possibly increase by alot.  There was a game benefit to doing this even if it was harsh.  If Nicole makes it to F2, loses by 1 vote and that 1 vote is Days, then obviously, it will have been a bad game move. 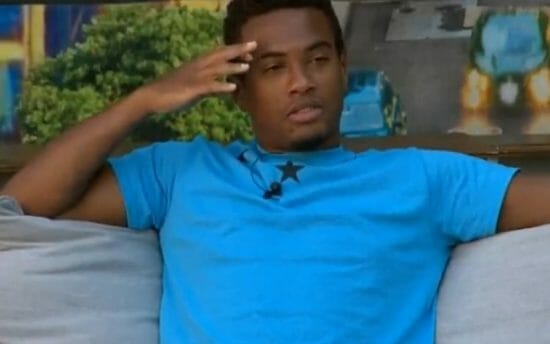 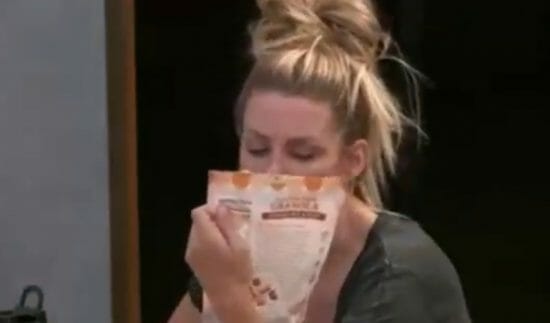 Dani became very quiet and engrossed in reading her food packaging when Day and Kevin began discussing how people had set up others to take the fall for things in the game.