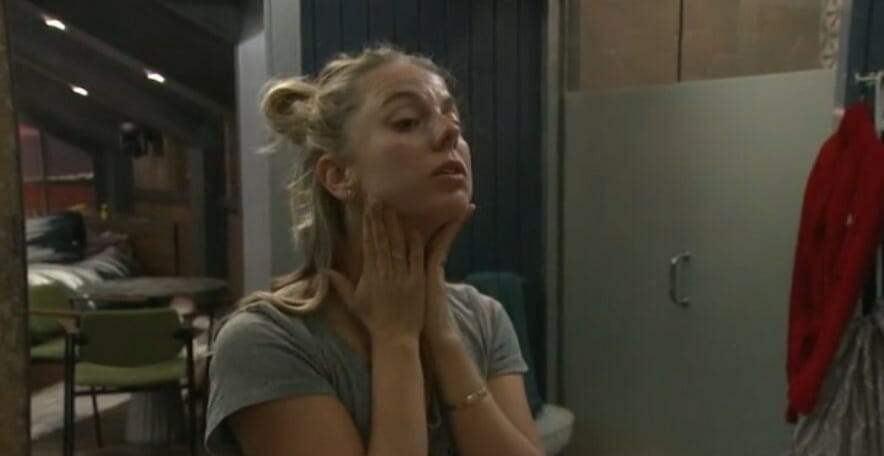 It’s the second to last veto meeting Monday in the Big Brother 22 season and next week we may not even get to see it. I’m just speculating but based on years prior, the last week has typically been pretty spotty with the feeds. Although it’s usually because there is a fast forward week which I don’t think they’re having this year, but whatever I’m getting off-topic.

In the Big Brother house today, Memphis and Christmas have been trying to pressure Nicole into using the veto and backdooring Cody. Of course, Nicole has run right to Cody and told him that which means he is deadset on getting rid of Memphis this week although they’re going to tell him he’s safe. I guess we’ll finally get one blindside this week, although if the coaching from Derrick plays a factor, Cody will likely break the news to Memphis sometime Thursday so he doesn’t leave the house in a rage. Derrick may be scared to go back in the house, but he is still very good at jury management and has taught Cody well.

On another note, my arch-nemesis (Christmas) will once again be back in the final 4 and I’m going to be forced to admit she’s not bad at this game. As much as I hate to do it, her social game is surprisingly decent considering how many people are annoyed by her. She plays the role of ‘meat shield’ to perfection. She’s loud, obnoxious, and always on the verge of going home, but she is skilled enough where she can bang out comp wins so you want her on your side as long as possible.  If this were an MMO game, she’d be the tank. Right up front taking all the hits while protecting everyone else and is almost usually the last person standing when everyone else from her alliance is dead.  Do I like that I have to compliment her? No. But is it fair to give credit where it’s due? Indeed.