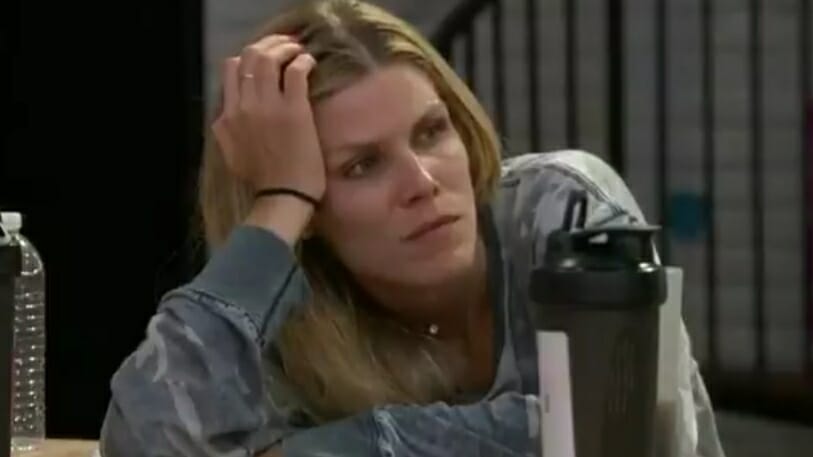 Good morning all, I hope everyone is having a great weekend. I have to say, if Janelle has to leave, I’m glad the start of it happened while I was sitting on a deck, looking out over a lake. Its taken some of the sting out of it for me. The hgs have continued to cooperate with me this weekend by not giving me much to recap. 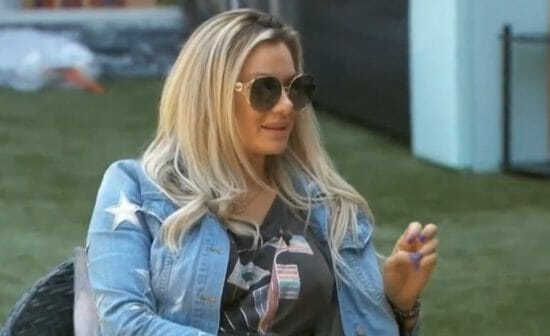 I liked this image because it almost looks like Janelle is getting her “cat claws” ready.

From my recaps, it’s no secret I’m in the Janelle/Kaysar camp and as Steve said yesterday, her game hasn’t been great. I’m wasn’t someone who thought Janelle was an amazing well rounded player to start with so I’m not delusional as to why she’s leaving. (at least, in part) She didn’t mend fences but Nicole wasn’t open to mending them either. Janelle also planned to work with Dani (who was probably supposed to keep a handle on Nicole) but Dani began trying to evict her on day one. (Maybe Dani wouldn’t have done it if Kaysar hadn’t been there, we’ll never know) The reality is, Janelle was going to be a target no matter what she did and she knew it.  She’s always been great at comps, tough as nails, extremely loyal, recognizes it’s only a game and super funny to watch. That’s really why she’s loved by so many people. Yes, she finished in the top 3 one season but most people don’t see her as one of the best “players” of all time. Her social skills sometimes (often) suck and I agree with Steve about her game this season too.  She’s one of the most iconic players of all time and that’s why we’re sad for her to go, not because she plays so well. 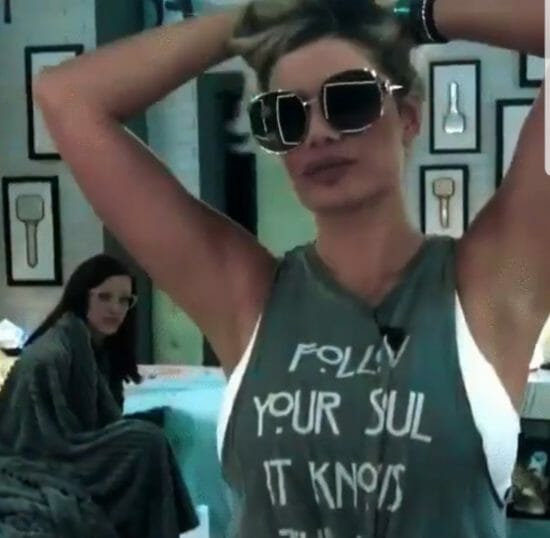 I loved this pic with NicA in the background but forgot to use it before she was evicted.

There’s more nostalgia than great game play when it comes to Janelle and Kaysar. I never get super attached to any of these people but running across video clips this week from all 3 times they’ve played together even got me a little emotional. They’re quite the duo and I’m thankful for the 3 weeks I got to have them back on my screen again, so thank you BB production. Well done. I could listen to their conversations about practically nothing and be more entertained than the other hgs talking game.

A little Janelle and Kaysar trivia for ya if you have seen the older seasons: They’ve played this game together 3 times. All 3 times they’ve played together, they’ve been put on the block together. The first 2 times, Kaysar was the one evicted and if plans don’t change, Thursday night will be the first time Kaysar has ever been inside the BB house without Janelle.

That’s all I’ve got for today so….Have a great Sumday!