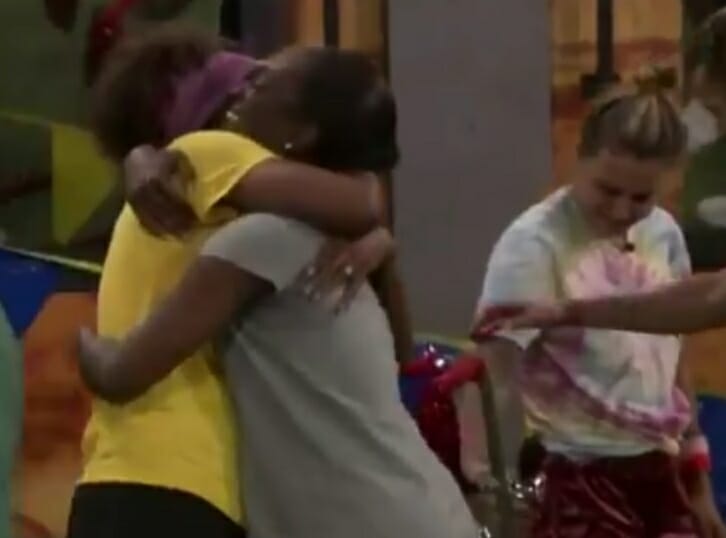 Hello BB Junkies! I hope you’re enjoying your last weekend of summer. Granted, that depends on where you live but it’s still considered the last hoorah for the summer.

The game this week will probably revolve more around some of the other players, rather than the two who are on the block. Trust is broken for several of them and it’s too soon to know how it’s going to shake out. Dani knows Tyler was trying to get her out and now, Tyler knows DaVonne, Nicole and Dani went to Christmas to discuss backdooing him this week. The target for this week may have shifted too. Originally, Dani, Nicole and Christmas wanted Bay gone while Cody, Tyler and Enzo preferred Day to leave. 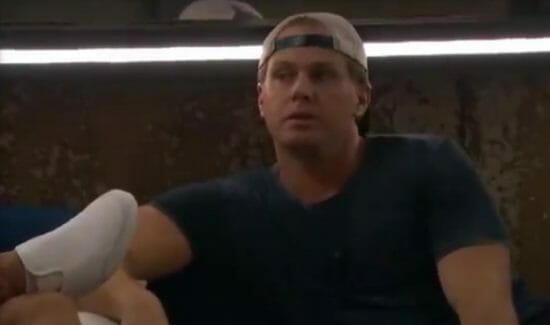 Memphis actually attended a rare meeting with his alliance

I don’t know if something specific happened when the feeds were down the past couple of days or if Tyler just got nervous over Bay being in jury. He doesn’t seem to being subtly pushing for her to stay anymore. Hopefully, they’ll show some of what went on after the hoh comp and it may be more clear. Tyler had a recent conversation with Dani about bitter jurors and a seperate one about his past with Bay. This may have been enough to get him to switch his plans. If so, Dani put in good work because she’s always wanted Bay out. 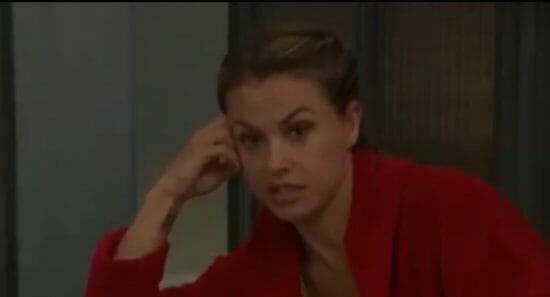 Yesterday was the veto comp and as Steve’s already discussed, Christmas won. We’ll  continue to hear comments about how she’s the only female winning comps this season. (She won the hoh comp by standing there and doing nothing) Nevertheless, she won it and this one too. She was briefly annoyed over Dani and Nicole not going for the veto when they had the chance but Dani wasn’t going to give up a slop pass and Nicole wasn’t giving up a costume. We’ve seen how terribly Dani handles slop and despite her fake complaining, Nicole loves the fact that she’s gotten a costume every time she’s played. It may have backfired this season though because she hates it….and I mean HATES it.

We don’t know everything that was said when the feeds were down the past couple days but its obvious, things went too far. Dani took things Tyler said about Bay and twisted them when she talked to Bay. I get it, it’s the game. Dani had asked a lot of questions about what happened with Tyler and Bay lately.  For the most part, Tyler didn’t say much Dani  could use against him. Some of the things Dani told Bay that Tyler said were actually things Dani said to Tyler. That doesn’t mean Tyler didn’t say any of it tho.

The one area I actually think Dani was sincere was when she cried to Nicole recently.  It was after the talk she had with Bay. Dani was doing her usual seed planting and pot stirring and Bay opened up to her. (For the record, there’s some things Bay tries to lay at Tyler’s feet regarding her stress during BB20 that I don’t think is fair. Tyler was playing a game and Bay felt peoples words meant something and took it personally. That isn’t Tylers fault in my opinion.) No matter what I think, there were a lot of hurt feelings and it took a long time for them to be in a good place again. Bay DOES feel it was personal and she WAS hurt by it. Those are her feelings and they’re real. After Dani lumped piles and piles of blame on Tyler, (for game reasons and to get herself out of trouble) I think she realized the stuff with Tyler and Bay went further than a game and mich deeper than she knew . That’s why Dani cried to Nicole. She knew this had gone to a place it shouldn’t go but it was already done. She wasn’t going to undo it but felt guilty about it.

Bay said a lot of nasty stuff about Tyler that night too and all of them have said things they’ll have to address later. (I’m not even including all the violent crap Christmas says) That’s for them to deal with and it’s for another time.  My point to all of this, as far as the game, I think the bridge between Bay and Tyler is burned for good or at least until after the show. He and Dani may want the same thing this week but for different reasons. We’ll have to wait and see.