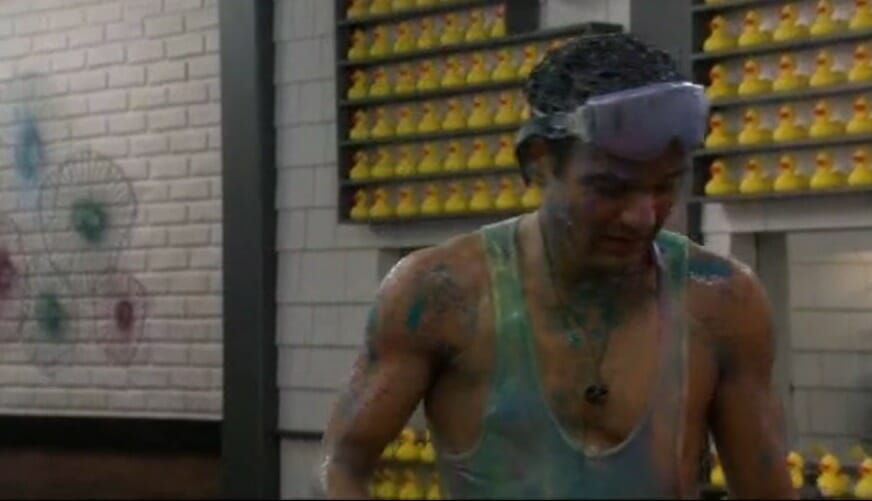 I hope you’re all enjoying your Sunday! I know most in the Big Brother house is – except maybe Kaysar. Oh, and Tyler, Da’Vonne, and Dani because they’re havenots.

I’m not really sure what to expect today but I’m ready for Thursday already. This week is a dud regarding gameplay. Christmas volunteered to be put up as a pawn so that’s likely what will happen tomorrow which means a week of Kaysar desperately trying to flip the votes. I mean it could happen, but there is a better chance of Julie hitting a reset button and watching Nicole, Janelle, and Keesha walk back through that door.

For the last three weeks, I’ve been able to think of ways the underdog could potentially save themself, but it would take a complete Christmas meltdown for anything to change this week. Other than maybe pick a fight with Christmas and get her crazy side to show, I don’t think there is really anything Kaysar could do. Every week they have lost another number in their alliance and now Kaysar stands alone.  The only remote chance he has is today and that is to convince Enzo to put up someone like Ian who is a massive late-game threat, but I don’t see that happening.

I’m off to bed I can’t keep eyes open. Recap in the morning. Christmas likely going up tomorrow as pawn. Yawn