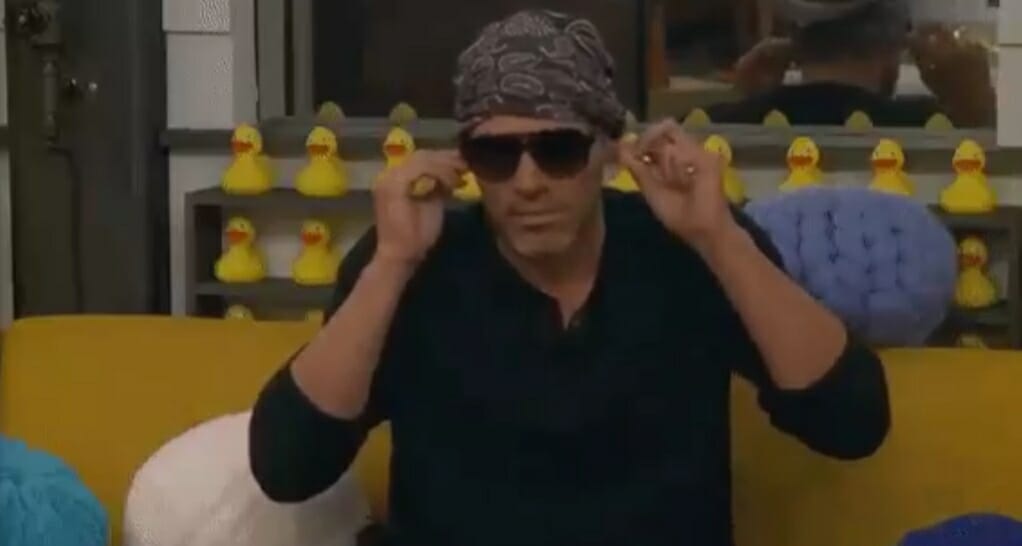 Good morning all! I’ll be glad if and when the hgs get back on their schedule because for 2 nights they’ve stayed up most of the night. During the summer, I live on BB time and it doesn’t always sync up with running a business….especially on Monday mornings. There were a few new things going on yesterday but a lot of convos were on repeat. (I won’t be going over them every time)

I dont fully blame NicA or Kevin for how they see the house. Sure, they should realized Janelle spends a lot of time with NicA and doesn’t have an incentive to play her. (People can say what they want about Vanessa in BB17 but it’s one of the things I liked about her. She was a very emotional person but her game moves were never based on emotion. She always looked at incentives. It’s how she determined who was telling her the truth and what she could offer someone to get them on her side)  Setting that aside, we have to look at the game through the eyes of NicA and Kevin. They both know how hard Janelle tried to get rid of Kevin last week. Janelle can’t stand Kevin, can’t understand why anyone else likes him so she couldn’t grasp how much NicA liked him. Janelle never offered to bring Kevin in with them to accommodate NicA and told NicA Kevin was a backstabber. NicA is loyal (just like Jan & Kay) so this turned her off. NicA told Kevin what Janelle said about him, Janelle tried to lie out of it to him so why would Kevin trust her? Janelle also continued to whine about Keesha leaving, sometimes in front of Kevin. Add to that, Janelle told NicA she had pull with Memphis but NicA got put otb anyway. Right after, Janelle and Memphis are up in the hoh room sharing some wine. Once that’s done, Janelle tells NicA she’s going to get NicF put up as a replacement for a back door and it doesn’t look like it’s happening.  What we see as Janelle trying but not having any pull with Memphis, NicA easily sees as someone stringing her along so she’ll be quiet until she’s evicted. 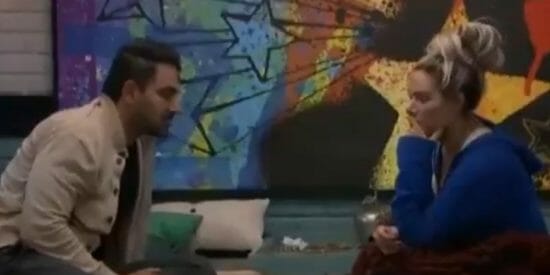 The truth is, they’re all to blame. NicA should’ve  gotten her ass out of the room she buried herself in with Kevin at the start of the game. (Ya, I know she was sick but not the entire week) Jan & Kay shouldn’t have talked so much crap about Kevin TO NicA and paid attention to how much time she was spending with him instead. Janelle should’ve shut up about Keesha leaving and accepted she’d have to play nice with Kevin if she wanted numbers. Kevin should’ve shut up with his trash talking about Janelle, which got right back to her and made her despise him more.  He also needed to stop telling NicA his theories as if they were facts about Janelle and taken that damn blanket off his head occasionaly and paid more attention. All 4 of them should’ve realized the game had started when people were saying it hadn’t.  All 4 of them have also spent a week only talking in pairs and planning who they should have an alliance with instead of talking to those people to make one. I understand there are reasons these mistakes happened and some of it was good game play by other people but some of it was playing too slow and hanging out with each other too much.

Later today, I’m sure we’ll get to see Memphis not use the veto unless something big happens. (I think that’s today) Tyler will continue convincing everyone keeping David is their idea instead of his, NicF will keep freaking out even after she’s not put otb and maybe Janelle & Kaysar will realize they don’t have an alliance except with each other. I hope they still have the backyard and I hope NicA is in better spirits and gets a bit of sunshine.