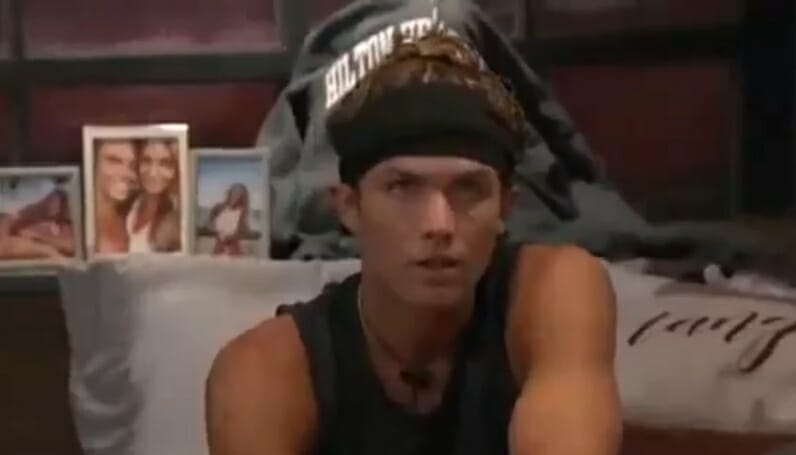 Good morning BB Junkies. It doesn’t feel like a good one today, not in the BB world. (In fairness, it may for some of you so congrats!) We were so close to seeing the house get shaken up a little bit this week but it wasn’t in the cards. Yes, I wanted Janelle to win the hoh but I mostly don’t want boring BB. You don’t have to be rooting for Janelle and Kaysar to want back and forth game play. Kaysar or Janelle winning was the only way to avoid this week being a boring game week. They’ll go on the block if one of them wins the veto, the other will go home. Boom. Done. See ya next Thursday. The remaining one will be the next target and DaVonne or Memphis should go soon after. Hopefully, I’m wrong and we’ll have more ahead of us than watching a dominant alliance send people home in a predetermined order.

Yesterday was Nicole Anthony’s eviction and the start of a new week.  Nicole still seemed confused and I blame part of that on Julie.  Why was she putting focus on Enzo’s vote?  Other than a hinky vote, it didn’t have anything to do with anything. (Here’s an idea, maybe Julie should keep up with the show she hosts so she’d know what’s going on. She doesn’t have to watch live feeds. She could read a blog, listen to a podcast, have production giver her a handful of bullet points)

Tyler is the new HOH but only one thing has changed. We can just say “Nicole” in recaps and comments now. Here’s how the night went after the HOH comp: 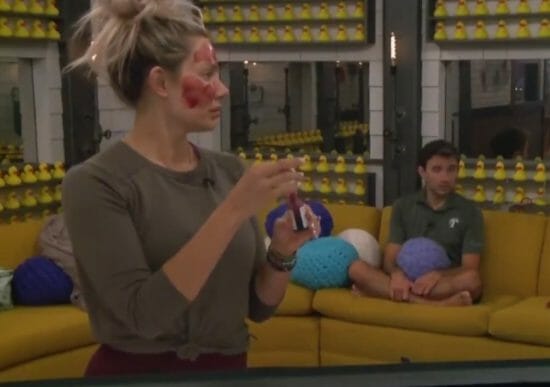 Janelle already has her war paint on

Steve and I differ a little on a couple of things regarding TAR and Kevin. I agree that during this conversation Kevin had a much better read on what was going on than Janelle but as a whole, I don’t think Kevin has a read on the house.  As far as TAR, Janelle was explaining to Kevin the situation that happened and it was another example of the way Nicole plays. Before this conversation, she’d also referenced Nicoles gameplay to Day and Bay. Day had said “been there, done that” and she’d agreed. It’s why I said on a previous post that the Rachel thing isn’t necessarily personal for Janelle. It’s just one more reason why she believes Nicole can’t be trusted in the game. Nicole’s game style is to turn on your allies based on timing and pretend you’re the one who was wronged. Janelles game is all about loyalty so they play completely opposite.  Janelle doesn’t want to play with someone or leave someone in the house who plays the kind of game Nicole plays. (I don’t have an issue with either kind IF it works and the player owns their game) That’s what she was trying to get across to Kevin.

In the past, Janelle had said she thought Paul should win BB18 and she’s quoted in an article saying it. This was when it was down to the F3 that season. (They often ask past players to give their thoughts on the F3) Nicole has mentioned this article since she’s been in the house. (To Tyler, for one) Nicole isn’t over it and it’s part of why she spent the first week being obsessed with everyone knowing she deserved to win her season. It’s the convo when she told Tyler she “keeps notes.” It also shows Janelle’s never liked Nicoles type of game, way before Rachel and TAR.

This is what happened on The Amazing Race as I understand it. All the people from BB were working together. Rachel and Elyssa told Nicole and Vic they were going to U-turn Team Fun, who Nicole was also working with on the side. Nicole told on Rachel and Elyssa to Team Fun and got them to U turn Rachel and Elyssa instead. (It’s a game or race or whatever so I’m not judging Nicole for doing it) Nicole just tells a very different story now that she’s in the BB house. Her version is ‘Janelle is bad, I didn’t dooooo anything, why is Janelle so obsessed with me?’ Nicole has incentive to convince the house that Janelle is trying to get revenge for her friend Rachel and say its personal. I don’t blame Nicole because what’s the alternative?  Is she going to acknowledge and remind everyone that she plays dirty, has a history of back stabbing everyone she works with and Janelle saw it up close? No, that would be stupid.

This should be an easy week for Tyler. He’ll get out someone who he isn’t working with and it will show his alliance he keeps his word. I’m sorry if this recap doesn’t sound very optimistic. I really am worried about the direction the season could be heading but I’m probably also pouting a little bit too.  I don’t want Janelle or Kaysar to go home this soon so I’m frustrated.  I promise by tomorrow, I’ll be over her hoh loss and I’ll try to sound less biased.  I may even try to come up with some compliments for Nicole just to prove I can do it.  In the meantime, check back later for noms and…