Big Brother 22 – Tonight Could Be A Fun Night! 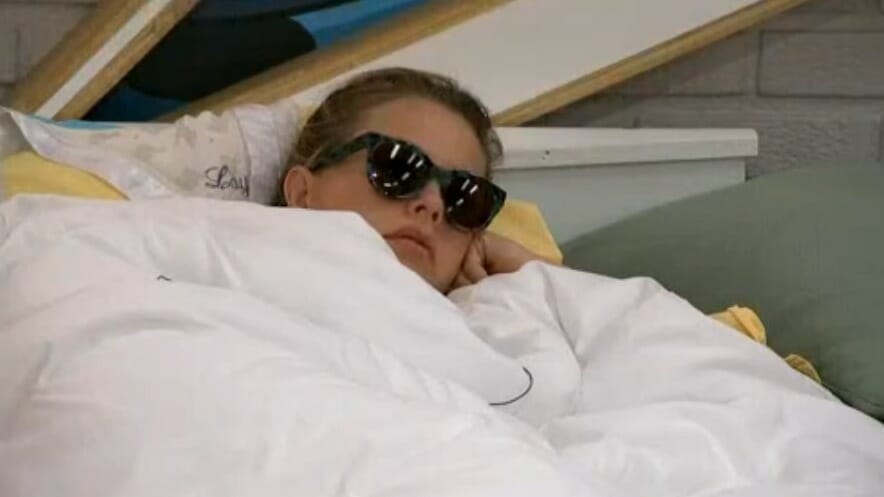 I said I wasn’t going to post this afternoon because of my long drive, well I decided to set my alarm nice and early and get that shit out of the way. It’s done. My tablet has returned, and 4+ hours of my day have disappeared as a result. Oh well. My fault for not checking the bedroom one last time before leaving.

Enough about me, you don’t care. What you do care about is what is going to happen tonight and at this point, it’s really up in the air.

Whatever happens tonight, nobody can say that Ian didn’t go out swinging. He has been campaigning for votes harder than I have seen anyone campaign in a long time. In fact, it may actually work assuming he doesn’t get stabbed in the back by two people who absolutely promised him their votes – Dani and Nicole. Unfortunately for him, it appears as he will be stabbed because they have also promised Tyler their vote.

So, which one will actually get the vote?  It is heavily leaning in Tyler’s favor right now because he is in an alliance with the two girls and he is super close with Christmas who will be furious if they were to betray him. Dani said that Christmas and her anger scares her, so that alone may end up being a determining factor in who she breaks the tie for (if it were to go that far).

This is all assuming it even gets that far as here is how Dani and Nicole see the night unfolding:

It’s quite a scumbag move that is sure to earn Nicole a lot of resentment in the jury house, but she thinks it’s some master plan. However, it is essentially securing her second place if she is to ever make it that far. Ian will hate her once he finds out the truth (and he will). David will hate her for blaming him. Da’Vonne will be pissed at Nicole for being a snake. In one night, Nicole will guarantee herself 3 votes against her and this is only the first week of the jury! Plenty of time for Nicole to screw over 2 more people and guarantee 2nd place  (again, IF she actually makes final 2).

Alright, I just had to get this up so people can stew on the gossip for today.  The show is in a few hours. I’m going to relax a little after that drive so I can be ready to go for hopefully some sort of action tonight!