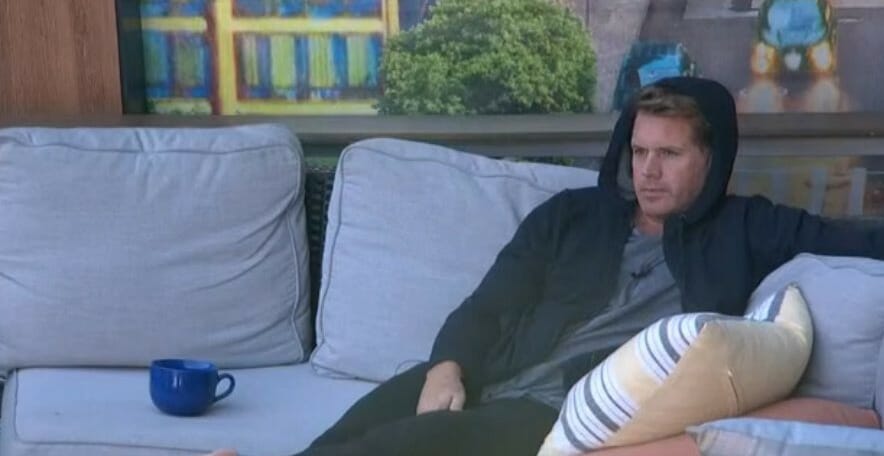 While watching the CBS episode last night (seeing as that’s all there was to watch because the feeds were down a huge chunk of the night), I began to wonder who I’m more embarrassed for. Enzo or Christmas.

You have a situation in the house where both players think they’re way more involved in the game than what they are and Enzo even said that he has to ‘get Nicole to do…’ (something I forgot). Nicole ended up doing said thing, but all of us at home watching knows it’s because she’s working closely with Cody. Enzo is really thinking he’s pulling some strings in his alliance when the reality is Nicole has more influence in his alliance – and she’s not even in it.

Christmas has been the same all season so I don’t really need to rehash her much. She has acted like she’s the commander in any alliance she’s involved in but as I said yesterday, she’s just a meatshield tank. Back to the MMO analogy because I play those (ESO, WoW, EQ), Christmas is the raid tank. However, she acts like she’s not only the raid leader but the guild leader at the same time. I’ve had a few of those in my day playing games and wow is it awkward when the raid tank gets shot down and overruled by the guild or raid leader after going on a power trip.  Side note – My current game is WoW.  Does anyone play?  This is my character, I have no clue how to add friends or anything.  This is my other one. Not sure which one I like better yet.

Back to the game –

With the week basically wrapped up, there is nothing going on. Memphis and Christmas both feel safe so they aren’t even really campaigning. Memphis is pretty confident he has the votes of Cody and Enzo locked up and the biggest question will be if they actually let him know or surprise him on Thursday night. I’d think that this point, you kind of just gotta be open about things. It’s not going to really change much. 75% of the final four are working together so if I were Cody, I’d probably tell Memphis tomorrow something generic like “I’ve been bouncing back and forth all week but I think we’re going to send you home. You’re just too big a threat and I really don’t believe that you’d take me to the final 2 if you had the chance”. He obviously doesn’t want to throw Enzo or Nicole under the bus and be fully transparent, but honest to the point where he really doesn’t think Memphis will take him to the end.

Sure Memphis will probably be annoyed but not as annoyed as being shocked on live TV.  He’ll eventually respect the game move because he knows Cody is right.

While I’m looking ahead, I think it’d be pretty great if Christmas gets knocked off next week.  Then Cody takes Nicole to the final 2.  Nicole wins.  That will mean once again Nicole got picked to go to the final 2, beat the person who picked her. Cody will finish 2nd again to the person he picked to go the final 2 with. And Enzo will finish third after getting screwed over by a friend late in the season.  It would be a poetic way to hopefully wrap up this chapter of Big Brother history where they can start fresh post-pandemic with all new people from here on out.  No more Janelle. No more Rachel. No more Will. No more Jeff. No more Paul. All done. Start fresh with even a slightly new format where it’s not just a cut/paste job of competitions from season to season.

That won’t happen, but I can dream, right?

I’ll update this thread if anything happens but right now everyone is just hanging outside. When the feeds are actually up.