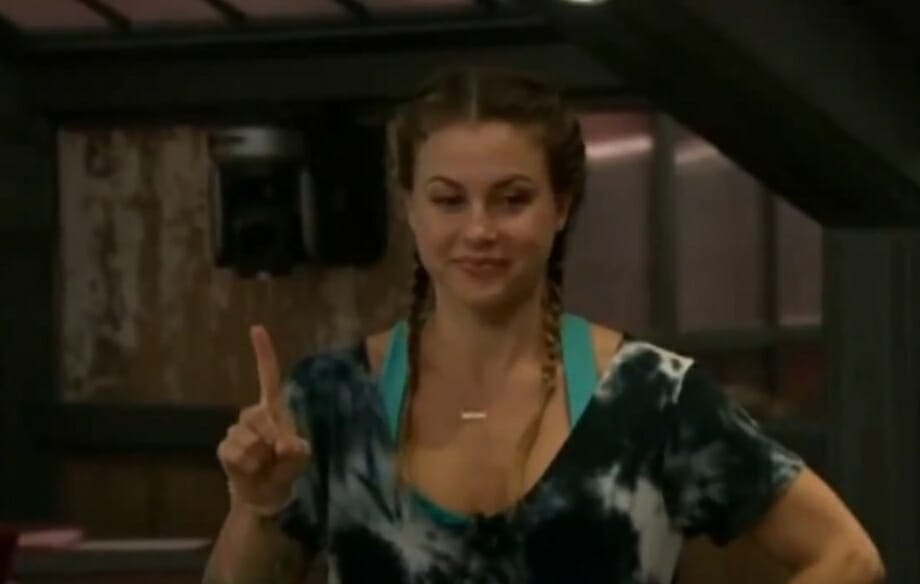 Good morning all!  We’ll be able to see the BB comics on tonight’s episode but after seeing most of them already, I have to admit that I’m not super impressed. The creativity seemed to be lacking this season and most of them referenced their past season instead of the one they’re playing now.  I’m not going to pick them apart too much though, because I don’t know when these normally get made. I think it’s possible Covid could’ve caused the need for them to be done earlier. If that’s the case, I guess they had to go on the houseguests prior seasons. The only ones I’ll criticize are the ones that don’t seem to relate to anything but we can save that for tomorrow. 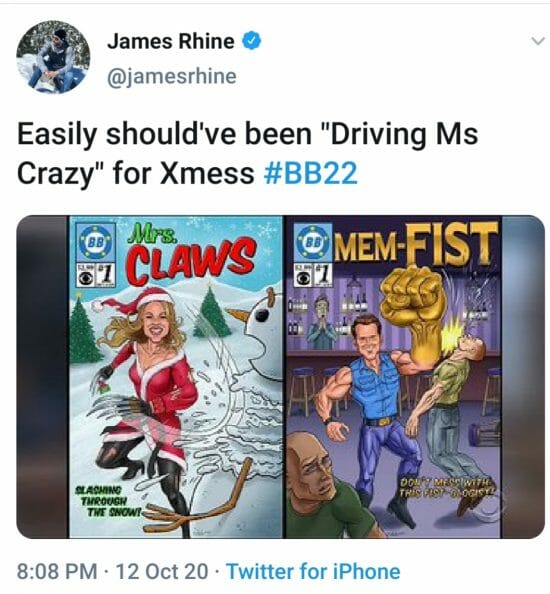 Since the people left in the house have all basically playing pretty good games, I’ve been focusing on some of their small mistakes. I’ve been wondering if they’re the kind of things that could get people to change their minds about their F3 and F2 options. I’ve also seen some good decisions this week. This isn’t a summary of their complete games. I’m just pointing out a couple of things that can sometimes make the other players think.

Memphis- Memphis was smart to talk as if he just assumed Cody and Enzo are keeping him. Granted, he’s more than likely being evicted but if it WAS being debated, this one thing could’ve saved him.  It’s the opposite of what Tyler did when he left. Because Tyler’s worry allowed Cody to know that Tyler doubted him, it made it harder to keep him, even if he’d changed his mind.  Memphis showing confidence and trust in Cody and Enzo could allow them to change their mind back to keeping him, and feel like Memphis never had to know they were going to get rid of him.   This is a really good strategy and not enough people do it. Fear and panic start to set in and people end up needing a lot of reassurance. The reassurance they’re asking for, ends up feeling like distrust to the others. Memphis screwed up by assuming he could go to Enzo, halfway into the game, and create a F2 alliance.  Memphis has impressed me with his game play this season (and more than I thought he would) but this was an arrogant move. Why would he assume Enzo didn’t already have a final 2 deal?  Cody isn’t just pissed Memphis suggested back dooring him this week. Cody is pissed that Memphis tried to play him with two separate wiseguys alliances.  Since Enzo and not Cody, is the one who is in both, naturally Cody assumes he’s the one getting played.

Enzo-  Unlike Memphis, Enzo didn’t keep quiet enough.  He may have played a good social game but he’s played himself into a corner. He realized he couldn’t beat Cody 1 or 2 evictions too late.  He should never have told Cody about the separate wise guy alliance.  It’s probably the biggest reason why he won’t get Cody to change his mind this week.  I think the only way Enzo could win this game is if he takes out Cody and no, having Christmas do it for him, may not be enough, yo.

Christmas-  She is so annoying but it’s really the personal stuff. Her gameplay hasn’t been bad this season. ( I have to be careful and can’t be too nice because Steve might fire me, we know he has Christmas issues. Haha)  She maybe should have played a little more like Memphis too.  She talks too much and I know she was on the block, but trying to get Nicole to backdoor Cody was just stupid.  The things Christmas was saying to Nicole this week were completely logical and if Nicole refused to see it, Christmas should’ve already figured out why she isn’t.

Nicole- I’ve already said I don’t know if Nicole or Enzo is Codys true F2 plan.  He may not have one and has simply been loyal to both of them. Nicole made the right move this week because she wasn’t working with Memphis and he’s tough competition.  However, after Dani left, Nicole admitted to Cody she and Dani had a final 2. I have to wonder if it came down to it, could this be the one detail that got Cody to take Enzo to the end.  He may be assuming that Dani is in the jury putting in a lot of work for Nicole.  This was information she should never have given Cody.

Cody- He’s very focused on the comps and keeps saying to Nicole and Enzo, that there isn’t much to strategize anymore. He understands he’s the biggest threat and isn’t going to depend on any of them. He had to make a choice this week between two people he doesn’t trust and chose to keep the one he’s more certain he can beat.  Cody probably has this locked up and I don’t have any mistakes to point out from him this week.  Cody is sitting where Enzo was last week. It’s hard to find a scenario where Cody gets evicted, as long as Nicole and Enzo stay loyal.  Heading into the final 4, Enzoo would have to win the hoh and Christmas would have to win the veto. That’s the only way I see Cody not making it to the final 3. 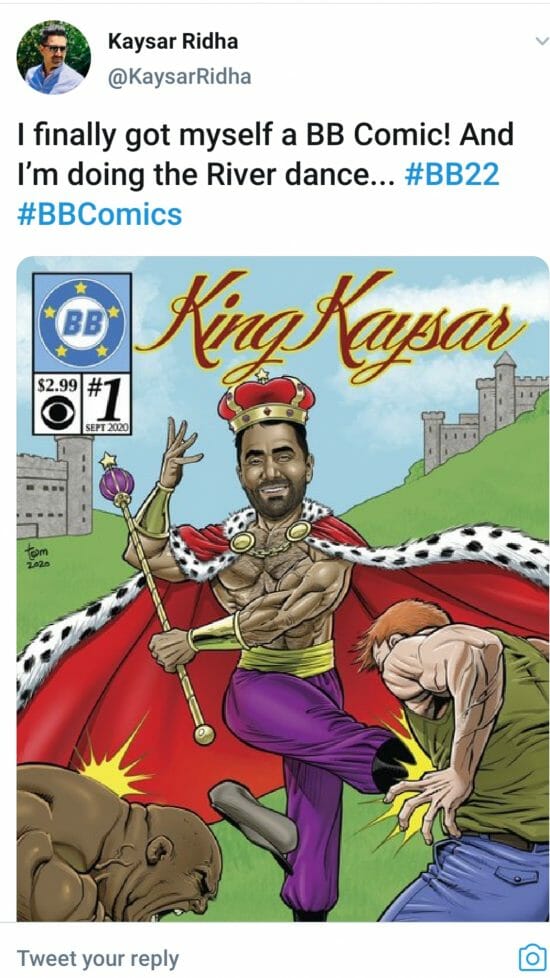 Have I mentioned that this is my favorite houseguest of all who remain in there: 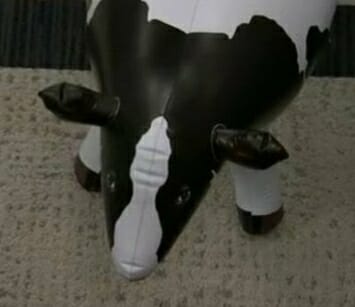 That’s it for me today so have a great Wednesday!