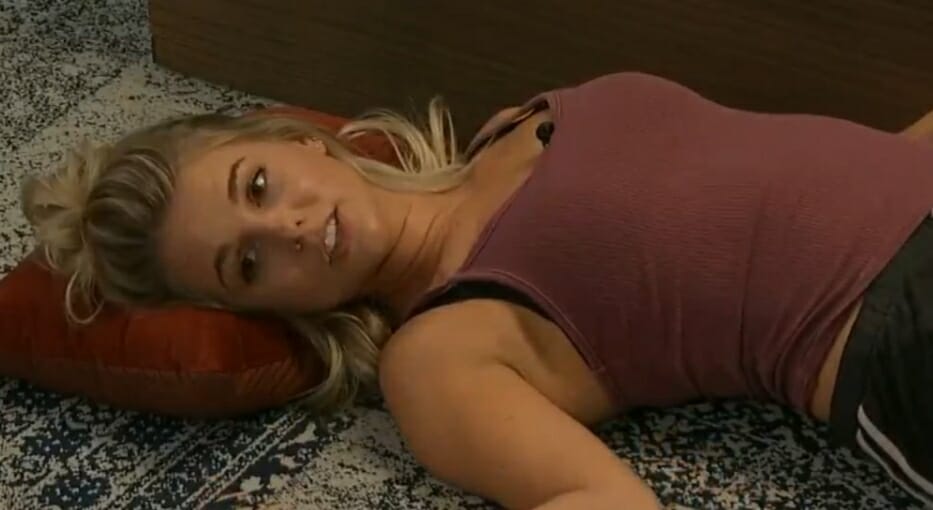 Good morning BB Junkies. I wish I had something exciting for you today but…..I don’t. I’ll go over what I’ve got and maybe toss in some stupid stuff at the end. (My specialty!) I’ll continue to recap but as the game talk becomes shorter, I’ll probably switch over to a little game analysis too, for the people who are left. It at least gives us something to discuss during our waiting days.

That’s pretty much it for what happened yesterday. I left out A LOT of talk from Nicole about having diarrhea but that was intentional. Other than that, this was what we got. They know who’s leaving so it’s just a waiting game unless Tyler can pull off something big today. If the feeds are like this again today, I’ll probably go over what I think the hg’s are doing well, instead of wrong, in tomorrows recap. I thought it might be a change from my usual, which is criticizing every move they make. For now, here’s some random stuff I haven’t included before:

Now that most of you have one of many potential songs from the Purple Rain album stuck in your head, I’ll wrap this up. If we’re going to be singing to ourselves today, we can do a helluva lot worse than Prince imo. That also reminds me, RIP Eddie Van Halen.