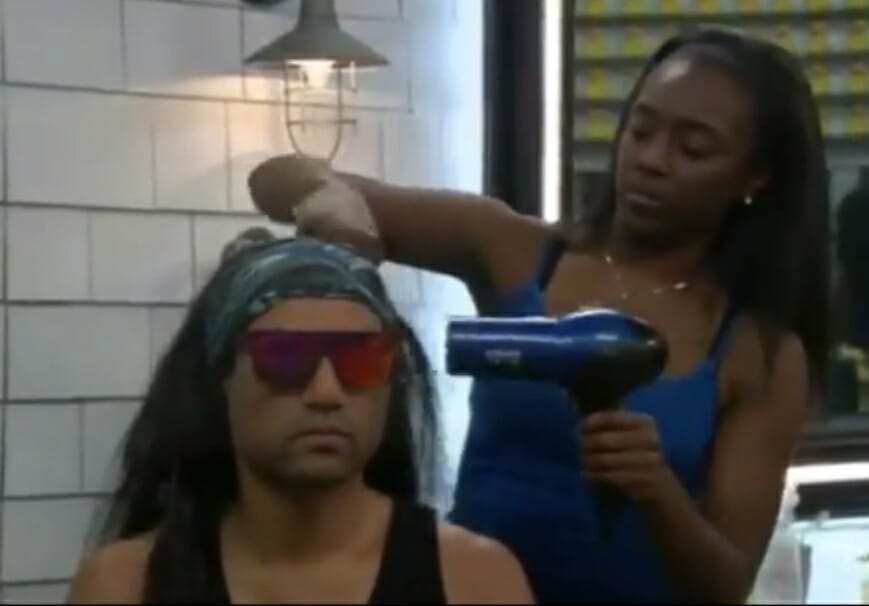 Good morning everyone! Yesterday included a another wall yeller, a plumbing repair and an alcohol delivery. With so many feed cuts, todays recap should be a shorter one.

Reminder: The Sunday episode will soon be moving to Monday. 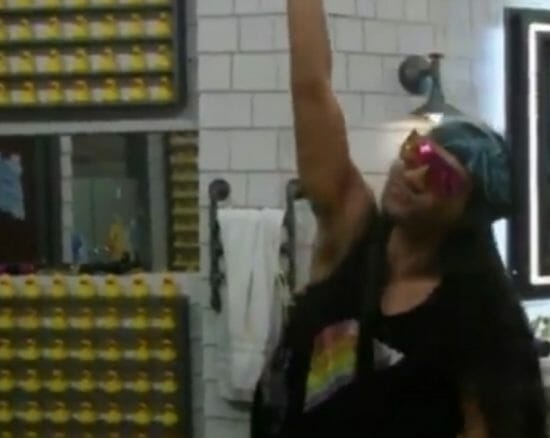 Tonight, we should get to see the Zings and the hgs reactions to them.  They sounded a little lame so I’m not expecting a whole lot.  Today should also be the main campaigning day but I don’t really see it changing anything.

One last thing:  I don’t think it’s possible for Day to not have doubts about the vote at this point. I don’t think she’s lying to Kevin about what she thinks but I do think she’s is in a little denial. I also don’t think it’s possible for Day to have completely missed Nicole’s body language when she asked her about it that last time.  Towards the end, Nicole couldn’t even look at her. She has to have doubts, at least somewhere in the back of her mind. It may be too hard to accept that she allowed Nicole to dupe her twice. Worse, it led to alot of the mean things she said about David and she isn’t going to want to face it. How Day finds out about it, is probably going to be crucial to her jury vote.