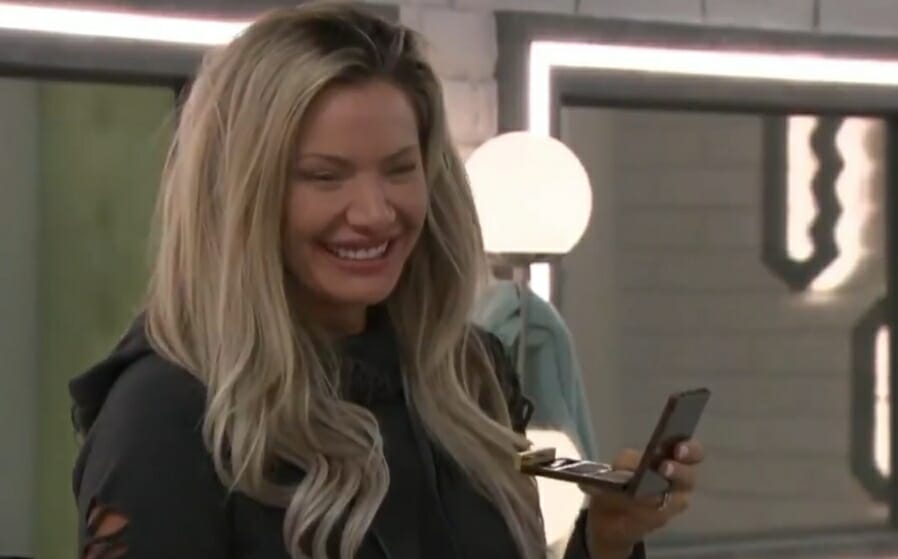 Good morning! Its eviction day again and if the hg’s are correct, we could see a wall comp tonight after either Janelle or Kaysar are evicted. They’re only guessing but they definitely think it will be endurance. Janelle has asked some of the hgs to wear pink tonight for ‘her funeral’ unless they have to wear athletic gear. She asked Ian but I’m not expecting him to do it because he seems to be taking her eviction personally. He’s fighting Nicoles battles and even called Janelle a few bad names this week. Janelle gave Bayleigh one of her dresses and asked if she’d wear it. 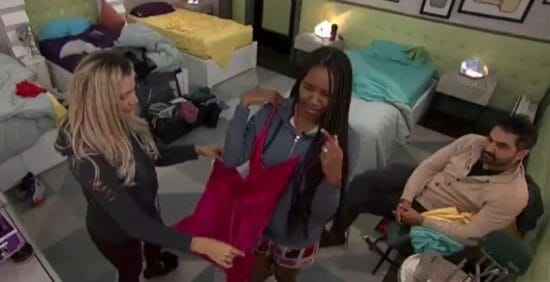 I was up most of the night with a toothache so I’m not going to promise this recap will be the most thorough one I’ve ever done but here goes:

I’d like to say the 3rd times a charm but it isn’t. One of these two will leave tonight. Here’s a look at all 3 seasons they’ve been on the block together: 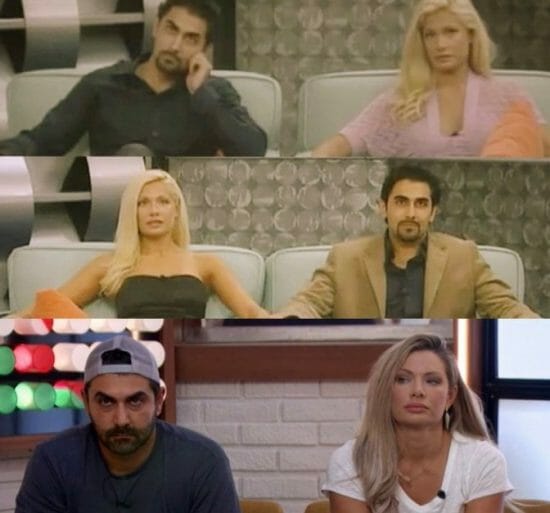 Here are a few more ‘then and nows’ of Janelle and Kaysar. This began with a chess match 15 years ago and Kaysar discovering Janelle was only pretending to be a ‘dumb blonde.’  A quote during BB6 from Kaysar to Janelle: “Maybe the twist is, put two normal people in a house full of freaks.”

See ya back here tonight and have a great Thursday!