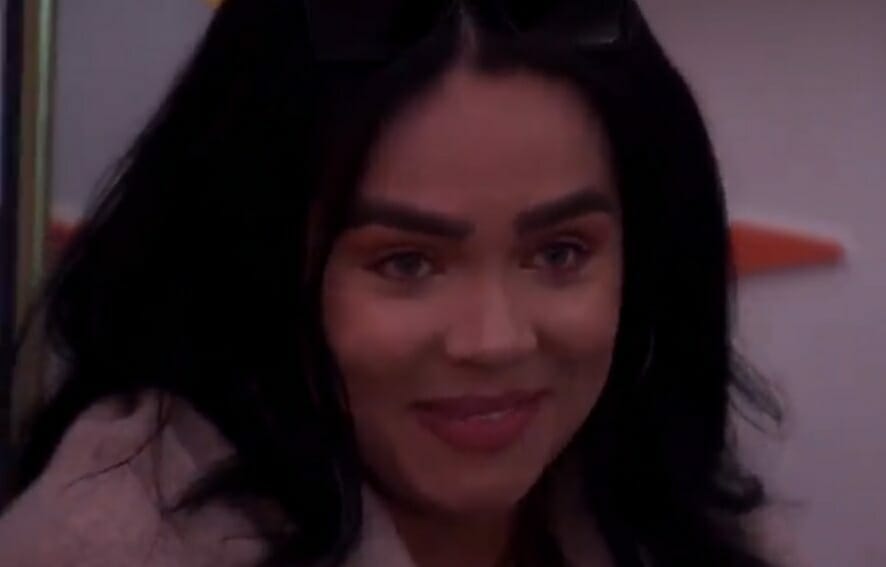 Hello everyone, it’s eviction day again and this one felt like it was never gonna arrive. Watching a house at the final 5, even if its x2 isn’t very entertaining. Add the feed outage and it’s been a looooong week but it’s Thursday so it’s almost over!

I can’t say last nigh’s episode gave me a lot more clarity. Maybe you guys feel differently and if so, please let me know. It still wasn’t clear why Kyle went on the block because I’m not buying that Terrance had some amazing plan. Maybe a wall yeller did have something to do with it. I mostly think that because the show didn’t explain it very well and it wouldn’t if a wall yeller had anything to do with it.

I was surprised Joseph tried to let Kyle win the veto comp. I get the idea behind it because it would guarantee Alyssa goes on the block but he’s met Kyle, right? He knows Kyle’s already chosen Alyssa over the alliance before. He’s had an up close view of Kyle and Alyssa being together in the backyard. It was NEVER going to happen.

I really like Joseph but unless the DR got him to say something that was completely false, I stopped feeling sorry for him last night. Joseph has only seen season 23 and although I enjoyed last season, it’s a terrible choice for a recruit, if it’s the only one you’re going to watch. He’s the main person in he Leftovers who’s talked about everyone’s reason for being there too. It’s all about loyalty and a bigger purpose for Joseph. (Sorry dude, its about winning for some) The Cookout sacrificed their individual games to ensure the first black winner of BB. I don’t think Joseph understood they didn’t have a purpose that was bigger than themselves this year. They also didn’t have an alliance where everyone was willing to play selflessly. (Yes, Taylor was treated badly but she found an alliance, people started treating her better, so they weren’t going to sacrifice their games for Taylor to win)

I am probably going to vote for Taylor for AFP because of all the haters in the house. She’s not my fave but it’s like the year when Cody won it in BB19. It wasn’t so much a vote for Cody as it was a FU to Paul.

Joseph looked genuinely shocked to find out Kyle had betrayed the alliance. I wish we knew when exactly this happened and what happened after:

It wasn’t super eventful inside the house yesterday but there were a couple of moments. Michael talked to Taylor about the info Kyle had been giving him. He told her about the original 4 guys in the alliance having something together and the 3 of them being added after. He basically told her about the pound without knowing the name of it. He said it’s another reason he doesn’t think Monte and Joseph will mind taking out Kyle.

Brittnay, Taylor and Michael talked to Jasmine and told her she would be evicted this week. They went ahead with the plan of gaslighting her which which still makes no sense. Gaslighting may seem like a harsh term to use but in my opinion, that’s exactly what they did. It’s the same thing they did to Indy.

They brought up other alliances she’s lied about being in and made the whole thing about Jasmine not being truthful. They named everything she’s been a part of and Jasmine denied it all. Brittany asked if she tried to flip the vote to keep Daniel and planned to blame her vote on Brittany. She denied that too.

Taylor mentioned not being in Girls Girls. She also said everyone Jasmine worked with sold her out and said they didn’t have to pry it out of them. They clocked her entire game and just wanted a chance to call her out on some things. (Do you guys want 750k or 15 minutes of satisfaction?)

Brittnay used Jasmines line about being “a straight shooter” against her and was very proud of herself for doing it. (She’d planned to use the line ahead of time. I wonder if she’ll still feel like she was being clever if it costs her the win)

Not only do I find it unnecessary, I think it’s pretty stupid. Yes, Jasmine lies and yes, she’s shown herself to be a selfish and mean person on the feeds. That’s not why she’s being evicted tho. She’s being evicted because there’s an alliance in the house and she’s not a part of it. I said last week, Michael was the only one who did himself any favors with the goodbye messages because he outed the alliance to Indy.

Granted, he didn’t do as much of the talking yesterday but he did participate. I’m curious how his good bye message to Jasmine will go. Is he going to out the Leftovers again and assume Jasmine won’t remember yesterdays conversation? The one thing Michael did make a point to say was he didn’t hold it against her that she was in alliances he didn’t know about. He made it more about the fact that she wasn’t in an alliance with him.

Her limp seemed worse the rest of the night.

I know most of us don’t like Jasmine but that’s not the point. Anyone, and especially someone like Jasmine, doesn’t want to be made to feel bad about themselves before leaving. It’s very different to say “I’m sorry it worked out this way. We were in an alliance and you just weren’t a part of it.” Other than the way they handled it, it went pretty well. Jasmine cried, said her dad was proud of her and said she loved all of them. She was the most hurt over them saying Alyssa had sold her out too. She said she’d tell peple in jury they are good players as well as good people. Jasmine asked that they please not let Turner win. (Haha)

The LO’s inside talked about who to target next. Taylor’s still talking about Alyssa taking a prize in the veto comp. (Same shit, new day) I get it, they get bored in there so a lot of things get repeated. (Brittany and Taylor especially like to say the same stuff over and over and over) They’ve had a smooth week so they’re feeling themselves a bit. (This entire alliance wasn’t made up of underdogs but that’s how they viewed themselves. They need to remember, we like underdogs because they’re underdogs, not so much when they get cocky)

Kyle sounded as if he’s getting nervous about Turner and Terrance voting him out. Alyssa said she didn’t see it happening. He also said if he gets evicted this week, he wants her to leave next week so they can hang out in jury. She said she’s fine with it. (I really don’t like these two)

They also had a convo about whether or not Alyssa said the “L” word, who likes who the most and when they’ll use the “L” word. Kyle asked if Alyssa like Joseph more than him because she laughs when he’s around him. She said no. (Enough yet? You get the idea)

Turner and Alyssa talked about making a F3 with Kyle. She’s also told Turner that she wouldn’t automatically choose Kyle over him. (I hope he isn’t buying this) Turner said he’s pissed at Kyle for outing the alliance but he isn’t going to turn on him over it.

They brought up how they can cover for why Joseph left again. Kyle had wanted to lie and act like he was an initial nom. Turner didn’t because he didn’t want the other side to put him otb and say he hadn’t been otb yet.

Kyle said he’d like to smoke weed with Alyssa and Turner after the show. He said only “under the right circumstances.” (You don’t want my take on this one because the “right circumstance” could be because it’s a Tuesday)

Alyssa told Kyle ALL the reasons she’d been mad at him since he told her about the LO’s. (I guess we hadn’t missed that convo while the feeds were down) She isn’t mad anymore but wanted to say it to get it off her chest, I suppose. Some of her reasons were valid and some were a touch dramatic.

The feeds were down some again outside. There were talks about wall yelling again but I have no idea if it’s true. The inside hgs could hear music again at 2 am tho.

Here’s a few shots of Joseph and Turner that I liked:

I won’t fault Turner for everything he can’t know about Kyle but Joseph seems like a better friend than Kyle. (Not best for his game but maybe best after the game)

I’m sure we won’t get to see the HOH comp on the episode tonight since they have to get through 2 evictions. I wish we could because I want to see the reactions to Joseph being evicted. I wish it would be one of those comps where they’re standing around and can talk during the comp. I don’t mean necessarily an endurance but not something fast paced either. I want to see Monte and Taylor asking “what happened” and Kyle and Turner giving whatever story the decide to give DURING the comp.

It will be interesting if Michael is happy to see Joseph is gone then….realizes he needs Monte because now Kyle is targeting Michael and then…Monte turns on Michael because he finds out Michael wanted Joseph out. (Haha)

This upcoming week could be as interesting as this past weeks been dull. It’s not only the stuff Kyle said but the things Joseph said too. The Leftovers minus Joseph are going to reunite with with a new final 4 of Michael, Monte, Taylor and Brittany. There’s a new final 4 with Kyle, Alyssa, Turner and Terrance. What will the reaction be to Kyle outing the Leftovers or can Terrance and Alyssa really keep it to themselves? Are Kyle or Terrence going to tell Monte about Michael telling them to target Joseph? Is anyone from outside going to bust Michael, Brittnay and Taylor on their final 3? Honestly, anyone could be in trouble heading into next week.