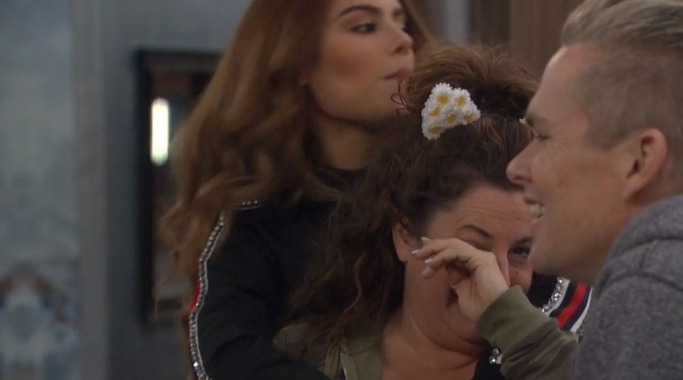 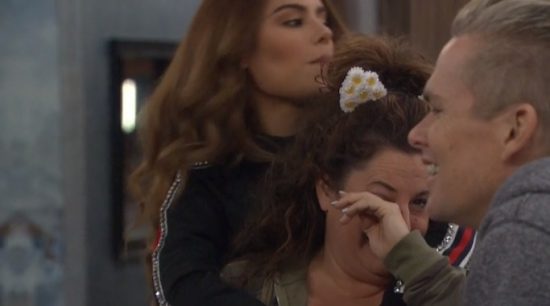 Feeds have been down basically all day, which is odd even for a live eviction day. It’s like the camera crew just woke up today and said… 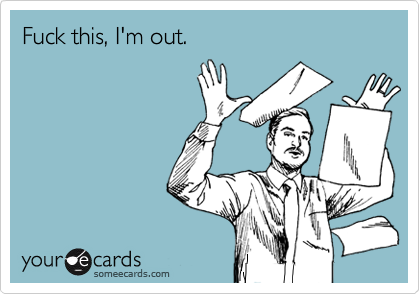 This makes me seriously wonder if they’re going to have feeds tomorrow or not, but they usually announce when feeds will be down for an extended period of time. I’m confused!  This whole season has me confused! You have a fairly likable Omarosa (compared to what she was described as), a sitting endurance challenge, dried up boobs, Max Headroom, and virtually no drama (that I caught at least) between Brandi and Omarosa which was almost inevitable.  It’s bananaland in there. I don’t know what to make of it.  I’m probably going to do a review of the season tomorrow. I was going to do one today, but I figured I’d give them a double eviction to try and redeem some points they may have lost.

What do I expect tonight? Brandi leaves first. James wins HoH. Marissa or Omarosa leave second. My prediction is based on nothing specific other than James is due and Marissa is a fairly big threat to win because she got along with everyone. That said, everyone kind of got along, so that’s why predictions are difficult. For all we know, Metta could vote for Kobe Bryant, Keisha could show up to the finale with her kid on her boob, and Shannon Elizabeth may have skipped town to go back to South Africa. This is just a weird season so my predictions are weak at best.

Enough rambling, time to do some updates…..

check back for updates

ABOUT US
FOLLOW US
©
wpDiscuz
58
0
Would love your thoughts, please comment.x
()
x
| Reply