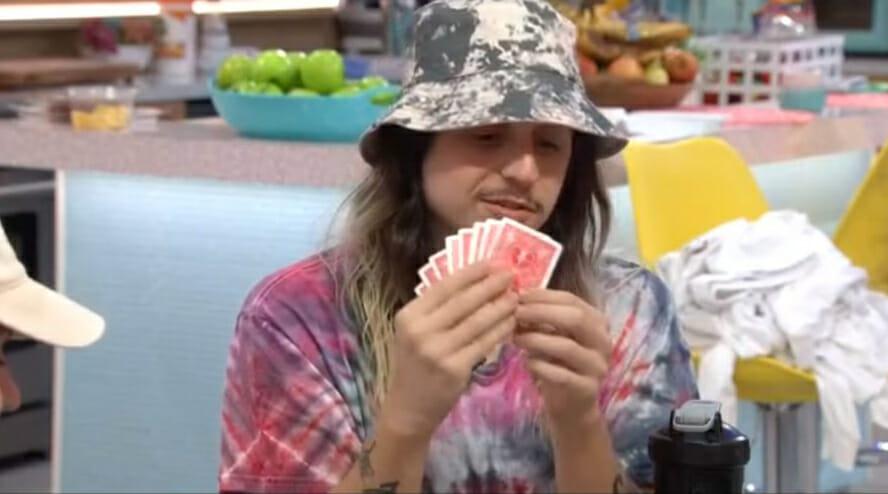 Good evening, everyone! It’s eviction night in the Big Brother house and it’s the last one before we hit the finale which is only a few days away (Sunday). That is days before the typical Wednesday finale, and as I said in one of my other posts, I like it. There is nothing more boring than when the 3 houseguests are together for nearly an entire week. May as well speed that up a few days and knock it out on Sunday!

Regarding the final 3, it will be Taylor, Monte, and Turner competing for the right to choose his or her competitor for the final round of the HoH competition. Well, unless something dramatically happened in the house today and Brittany stays, but that’s unlikely.

If you’re new to the show, here is how it should work:

Round 1 – Usually an endurance competition. All 3 compete. Winner moves on to round 3
Round 2 – This is more like a veto competition where it’s a lot more running and usually requires some memory of the season. In fact, almost always requires memory of the days. Winner of this round moves on to round 3.
Round 3 – Finale night. For a while, this was basically a coin flip as it was pure guessing game, but the last few seasons, they have turned it into another memory game. It’s usually ‘what the bleep’ where they bleep out some words to sound like swears but the houseguests have to remember what was actually said.

Winner of round 3 gets to evict either of the other two players and that gives us the final 2! That’s when the jury does their grilling and voting and a winner is decided between the two. If you’re wondering, yes, the loser of round 1 can still be in the final 2. This 3 round competition is only for the privilege of the ‘final HoH’ where you evict someone. Doesn’t matter how rounds 1 or 2 went at that point.

I expect the endurance comp to be the dizzy spinning one and if that’s the case, Turner is out. He has super motion sickness and probably won’t last until the commercial break. I honestly can’t say who has the better chance between Monte and Taylor because I don’t know how they handle dizzy/puking but I will say the lighter people tend to spin less when hit so as per typical endurance comps, females or smaller dudes have advantages.

This isn’t saying the big guy can’t win, but they just have it harder. Xavier won last year, but it also wasn’t a spinning comp – plus Azah is no Taylor. No shade to Azah, but she was the Alyssa of the season. Looks like she’ll be a tough competitor but ends up doing really bad in the comps (but to be fair, Azah did win an HoH which is more than Alyssa, but you get the point). Meanwhile, Taylor is extremely underrated in comps as she has obviously won two but also come pretty close in others. And one of those comps was an endurance comp….

I picked Taylor to win this round, but if it’s not spinning, it’s really anyone’s.

Enough rambling, let’s get on with it!

Well, I was completely wrong about round 1. Turner did it and will now face Monte or Taylor on Sunday night for the final HOH.

There you go, Taylorstans. Monte and Taylor on the love boat

It doesn’t seem like they’re going to begin the HoH competition during the show. It’ll almost certainly happen tonight, but just not during the show like they usually do

That Terrance wanted to keep Kyle for his own game and not a learning experience.

He’s a baby.
Anyway, the cookout alliance is mostly talking about missions and stuff.
Julie asks Tiffany about Kyle. She says Terrance, Taylor, and Monte handled it understandably.

Up next, cookout interview

Yet it likely won’t mean anything

No mention of Taylor’s game this season. While I’m sure they recognize her story, perhaps I got too influenced by Twitter and valued that too high? If Monte wins the final round of the HoH, he may lock this thing up

So Joseph knows. He looked pretty upset.
But they didn’t show any drama. Time for Twitter to say CBS is protecting Michael