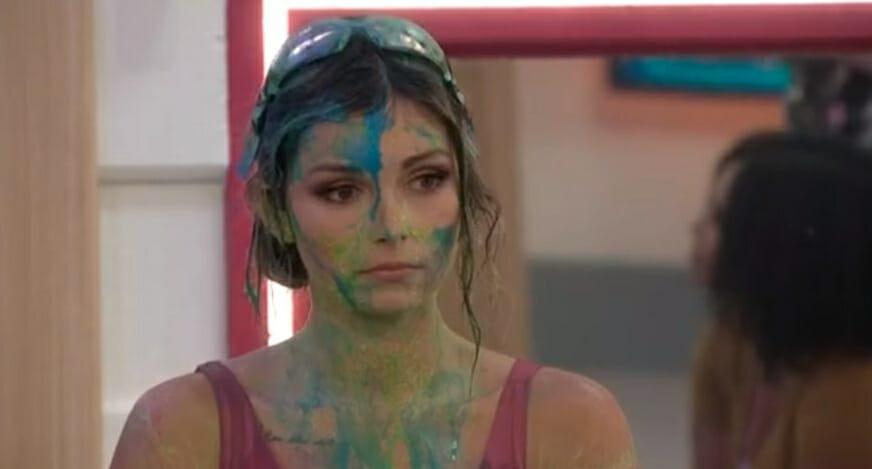 Nomination day today inside the Big Brother house and Taylor has a big decision to make. Will she keep going with her alliance, or break away and go after Monte like she hinted to throughout the week?

Well, it seems we don’t need to wait long to find out that answer because Taylor has already said she’s basically going after Terrance and will likely nominate Indy alongside her. I’m fine with this move. While Terrance is a weak target, it does give her backdoor options if someone does get off the block.

Do I think she should go after the leftovers? No. I said Michael should consider it because he’s a massive target, but Taylor is in a completely different position and is much higher on that totem pole than Michael is. She’d be foolish to go after Monte this week and it seems she knows it. I think Taylor’s safest move is to knock off one of the people from the other side and have a relatively quiet week.

I know everyone thinks they need to make big moves all the time, but Taylor really doesn’t need to. She barely survived the first part of the season, now she needs to take some time, regroup, and make a plan for the second half. If that means taking out a weak player in the process, that’s fine. She has plenty of season left to make big moves, and there are still far too many people in the house who want her out (Indy especially) for her to go after those who don’t (Monte).

Let’s get to some updates! 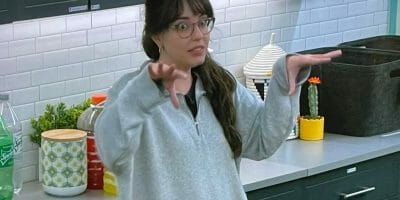 He thinks it could be good for them to build good will on the other side of the house. Why not lose 1 number to gain 2? He says they will have to see if Kyle and Turner are on board 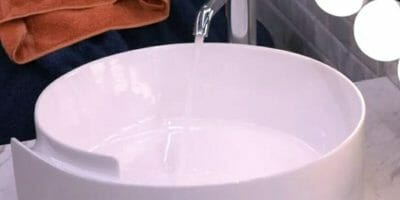 When she went to the bathroom, she left the sink running and camera just zoomed in on it. In a drought 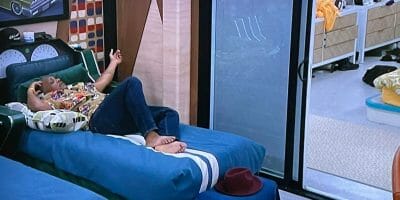 Talking about his struggles in the game but also the things he has accomplished. He feels he doesn’t have anyone left to have conversations with in the house, but he is going to fight 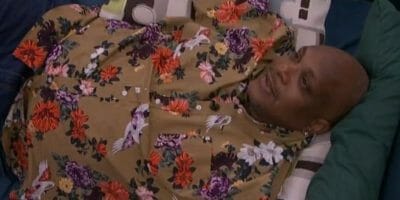 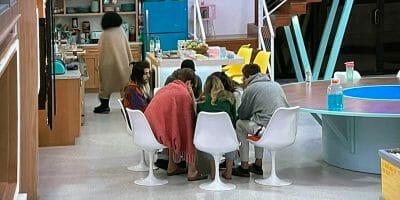 “Except the few people who did” 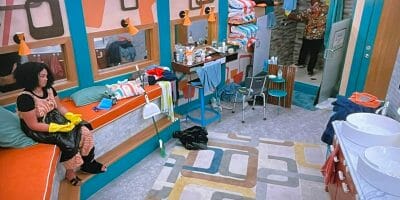 Honestly, Jasmine has been working most of the evening cleaning the bathroom. I would be so annoyed to clean someone else’s mess. It wouldn’t be a good time for anyone 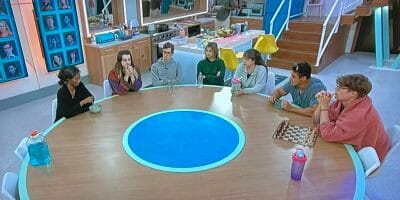 She says she had to pull an apology out of him. She wants to stand up for him but she was taken aback when he didn’t want to say anything to her before he left.

I heard an interview he did with Kat? today where Daniel is saying Taylor owned up to pushing Paloma in a bad mental direction. Did I miss this? I saw the apology between the two of them but i don’t remember hearing that 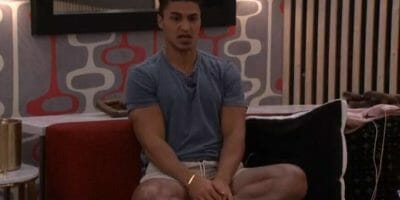 And Jasmine realized Joseph was there so she said Joe is her final 2 for a guy. They laugh about it