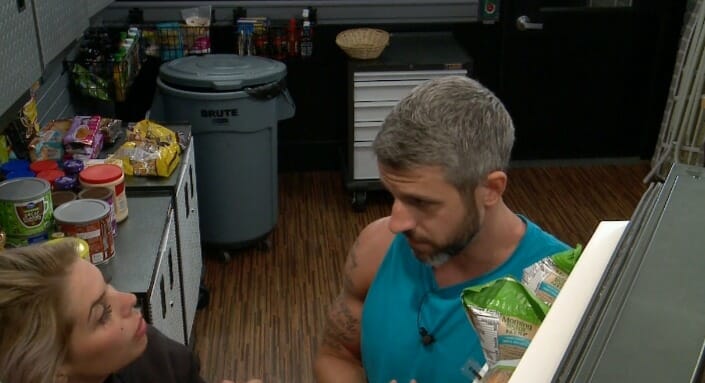 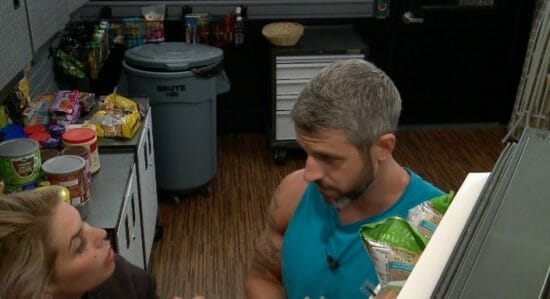 Okay, so the other night a few people were sitting around the kitchen talking. I don’t remember everyone but Mark, Elena, Jessica, and Matt were there at least with a few others. The entire time they were there, Elena and Matt went back and forth chatting while the others jumped in at times. It was getting more and more awkward when Elena would try to include Mark into the conversations but he just smiled and sometimes put his head down.

Crazy stuff, like stuff that would happen in middle school.

That night I noticed the connection between the two, but obviously they have their CBS-made showmances in place (not literally CBS-made).  I wondered if we’d see a rare on-screen cheat session going on at some point, and tonight I think we’re getting closer to that point.  (note – I am spacing but I cannot remember another actual cheat moment in the house. Has there been?)