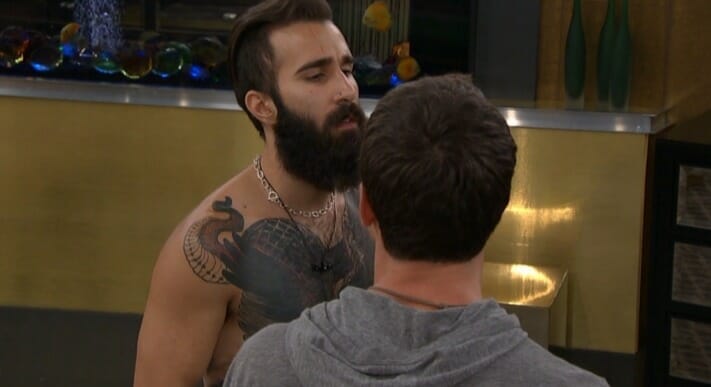 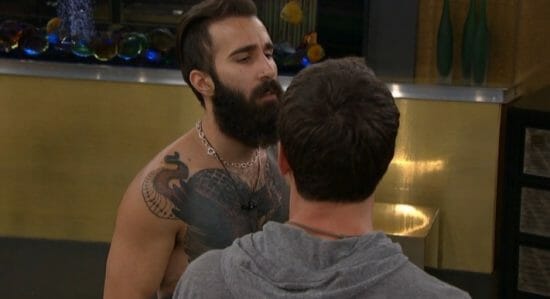 Alright, I had to take my daughter into the city for a concert and of course, I miss some hopping feeds.  I am dead tired, but I wanted to give you an update before I pass out.

(oh and if you want to follow my adventures, add me on snapchat: stevebsfan)

The temptation competition was held and the results are in:

After that, it was time for real nominations, and Paul did what he said he was going to do and call Cody and Jessica’s bluff on the announcement Jess made last night.  He said the best way to find out exactly what power they have is to nominate them and see what happens, and that’s exactly what he did.

When the feeds returned around 7:23 pm, Cody and Jessica were in the HoH confronting Paul on the issue.  I am going to get more into it, but I just stepped in and need to eat a little.  If I don’t come back, I’ll recap a little from the conversation. I’m mostly just starting a post-nomination discussion thread for you guys!