Nothing New On The Comp Front 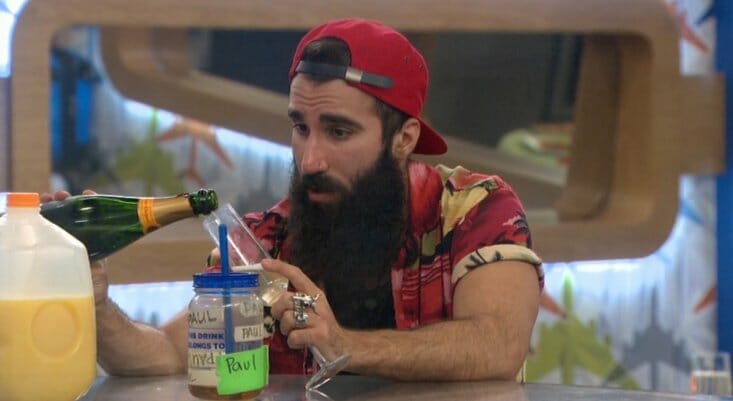 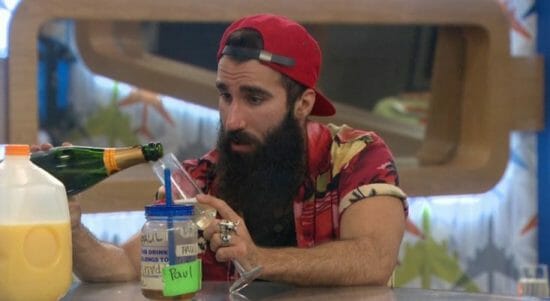 Good evening, everyone!  This post is generally just something to put there because I noticed my last post is getting super long with the comments. Round 2 of the competition has not taken place yet, and I am not sure if it’s happening tonight or not.  I said from the beginning that I think it’s happening on Saturday, so I’ll just stick with that.  If it happens tonight, well, pretend I didn’t say anything.

As far as the impact of tomorrow’s comp, it’s tough to say. James is unlikely to win, but in the rare case he does, Paul will probably beat him in the final round and there is a 50/50 chance he’ll take him vs Nicole at this point.  If Nicole wins, she has a better chance at beating Paul in the 3rd round, and there is like a 70/30 chance she’ll take James over Paul.

It’s really hard to tell what Paul is thinking right now because he needs to read people who are no longer in the house and try to guess how they’re acting now.  He has no idea Z and Paulie are bumping uglies again (though he probably expected it, I know I did).  He doesn’t know Da’ and Z were fighting, or that Da’ is seriously considering voting for Nicole to win.  He does know that Michelle doesn’t like Nicole, but he also knows he called her a c*nt shortly before she left (as you saw again tonight on the CBS episode).

Every remaining player has at least 1 guaranteed vote, but that’s about the extent of the guarantees.  While James totally Victoria’d his way through the game, other fans (and the jury) may buy his story about intentionally laying low so he’s not a threat.  To be fair, he didn’t totally Victoria his way through, mostly because she wasn’t about to jump in front of a bullet for someone who will likely want nothing to do with her when the season ends.  James put his neck on the line more times for Natalie than he did for himself, so that’s something.. right?

I personally don’t think James can beat anyone at this point, but he’ll still get some votes because it reminds me of BB13.  Porsche did almost nothing the entire game, yet still managed to get 3 out of 7 votes mostly because Rachel was tough to like (much like Paul and Nicole). Just like Rachel, I do think the jury will end up respecting their gameplay if either are sitting their next to James and end up giving them the prize, but it could be a 5-4 vote.

Paul and Nicole sitting next to each other?  Forget it. I will be shocked if half the jury doesn’t just walk off stage without a vote (not that they can do that, but you get the point)

Alright, my ramble is done. Continue chatting about the season and I will post an update tomorrow when round 2 is complete!