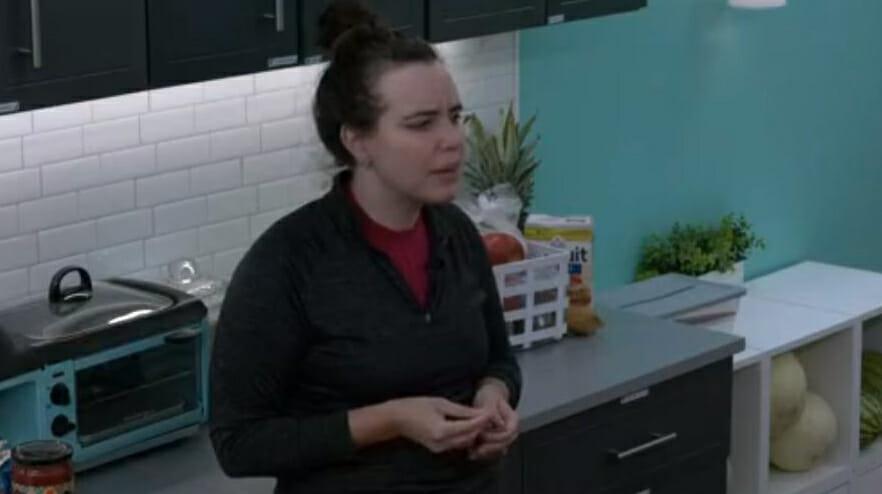 It’s Sunday in the Big Brother house and there is really no question that noms are going to remain the same tomorrow, so that means Terrance and Alyssa may start gearing up to campaign for the week.

That said, I’m not really sure what Alyssa’s campaign will be other than being mostly useless who would be an easy person to win against if they took her to the end? Sorry Alyssa, but it’s true. That is probably your biggest argument right now because she won’t be pulling in many votes unless she did something spectacular or sat next to someone like maybe Brittany.

Terrance is going a different path and trying to work Taylor and Monte by saying he wants to see them in the final 2. Yes, he suddenly wants to see Taylor in the finals despite trying to evict her last week over Kyle. But, if he’s able to convince them he’s better for their game, he’ll then need to work on Turner because he will need 3 people due to Michael being the tiebreaker – and he already fucked that path up.

Shortly after being nominated, Terrance basically threatened Michael that he’s going to taint the jury if he is sent out. Michael plans on using that quote in his speech tomorrow in hopes those in the jury get that revealed (but I have no clue what they actually show jury members. I’m not sure they get to see the entire pov segment). Either way, he sealed his exit by doing so because Michael is not going to just accept being threatened and evict a floater instead (Alyssa).

Terrance needs to convince 3 people to vote his way or he’s next in the jury and if I’m a betting man, he won’t be able to do that. Now, is it smart for Michael to go after Terrance when he has Turner and Monte in the house? No. But that’s a different topic for a different day. He’s going to have one of the worst HoH resumes if he does make the final 2. Daniel after being alone, Jasmine, then Terrance? Weak. 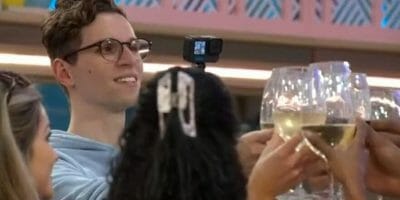 But still go for the HoH if possible 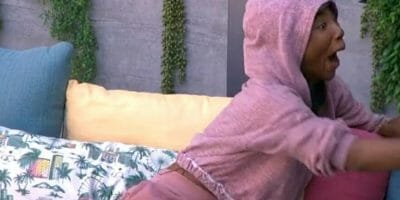 Terrance says every comic had a meaning. Terrance says ‘Britt-Flea’ and what does it mean. Taylor didn’t get it so Terrance explains that fleas cling on to people and ride them. Production comes over the speaker and says ‘Zinggg’. They crack up

And Kyle went out of his way to protect her. And just like in the real world, who is always protected (Terrance says the white girl) and who is disregarded (Terrance says the black girl).
Taylor, it’s because he was in a f’n relationship with Alyssa. Not everything is race related.

How Kyle spilled on the leftovers

He has to win his way out or he’s gone. That’s why he’s foolish to evict Terrance (imo) over Monte or Turner. Monte has been weak in comps but he’s likely been playing down a bit.

Turner, Monte, and Terrance. And he can only get one out this week. Who does he pick. Michael says he is worried people will drag Terrance to the end (so?).

Michael says ‘would it?’ Michael is right, it wouldn’t. But I’m sure Twitter will have a field day with that comment regardless.