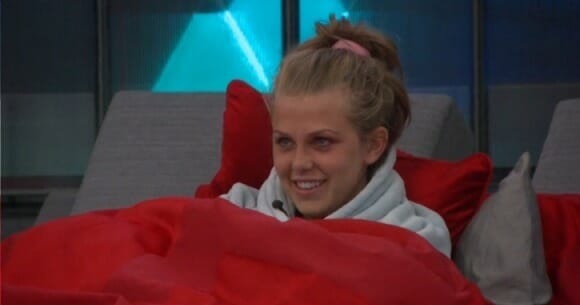 Good afternoon, everyone!  The week of Haleigh is about to begin and level 6 could be in serious trouble this week as their numbers are shrinking and can’t win HoH for the life of them (Angela tiebreaking win excluded).

It’s pretty fascinating that this is the HoH list so far this season:

Angela and Kaycee go otb as expected with Tyler backdoor option
Someone in l6 wins hacker (Brett).  Brett removes Angela for Fessy
l6 wins pov, Kaycee is now removed.  Tyler is put on the block but he sits on the cloud which saves him. Angela or Brett go back otb next to Fessy

We now have Angela/Fessy on the block with these voters: RS, Tyler, Brett, Sam, JC, KC, Scottie.  Angela needs 4 to stay:  Tyler, Brett, KC and ??   (note – RS’s vote would be canceled but Haleigh will break the tie)

Basically, if you’re a level 6 fan, you need them to win hacker for any shot at remaining together.  Fun stuff. Exciting week!

I’m going to wrap this up and prepare for the nightly thread!