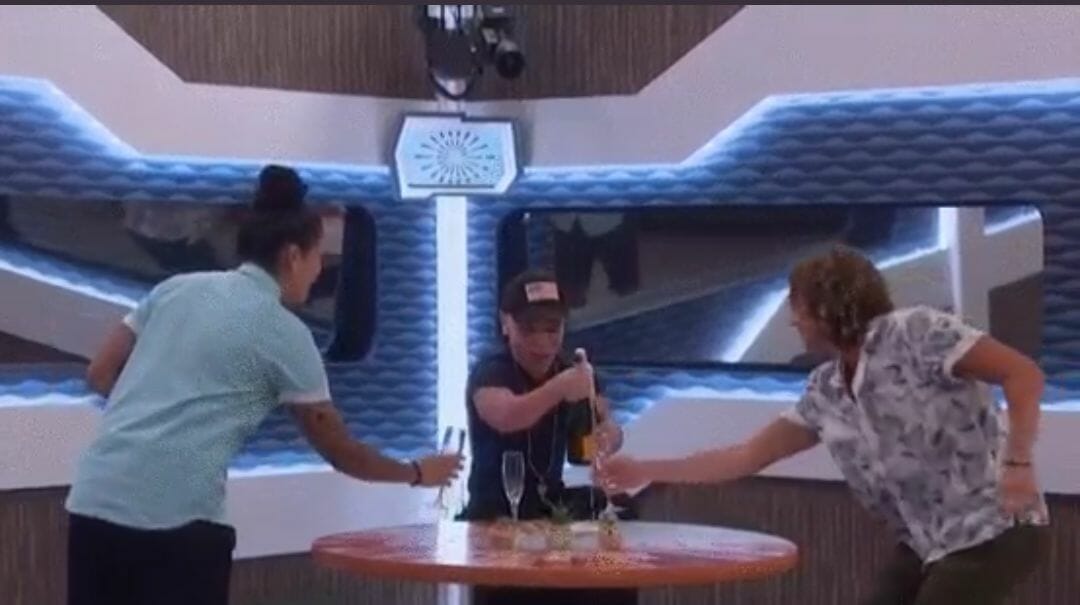 Good morning! I saw that Steve attempted to stay up and give you results for part 1 of the hoh comp last night. (results below this if you don’t want to know) I have to give him credit for trying because I didn’t even make the attempt and I knew we’d get the feeds back too late for me to find out. Many of you already know this but there are some night owls in the comment section of BBJ. You can usually get up to the minute info about everything. NK also gives a rundown of the nightly conversations whenever anything is going on. As a bonus, she adds a lot of humor to it. I usually do an overall look at the day when I recap but individual conversations are often more detailed when NK is doing them as they happen. If you haven’t scrolled down far enough, you may not know they’re there.

I so appreciate the people who’ve said they read the morning recaps I write and all your sweet words make it easier to get up and do it on those really tired mornings. Every morning, after I have the recap taken care of, I go back and read Steve’s thread from the evening before. (I’m usually in bed before it’s finished) I also read the comments because they’re hilarious and I often find things I overlooked. I just wanted to mention it in case anyone is missing out.

The winner of part 1 of the HOH comp was Tyler. I’ll start at the beginning of the day and work my way to the end, which was Tyler winning last night.

Nothing very eventful happened Thursday afternoon before the feeds went down. Angela and Tyler spent their last day together in the BB house but I still don’t know if he told her things that could help in jury besides being a superfan. She wasn’t told she was being evicted and I think she was a little surprised, but not shocked. Angela actually won’t be going to the jury house. She’ll meet up with the jury when they have the group discussion at a different location. Someone posted this pic of the set being put together for the jury discussion. It’s on the CBS lot somewhere and after they film it, they jurors are separated and sequestered in a hotel alone. They remain there for a few days until they are taken to the studio for the finale. (The jury house is in a different location so the section of a house you see in the image is part of something else and isn’t the jury house) 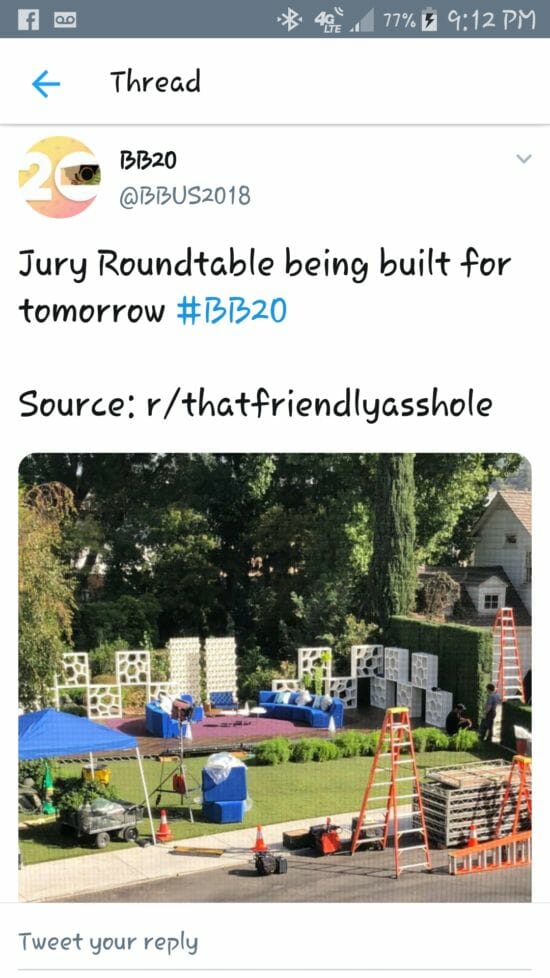 If Angela shows up to the discussion saying Tyler is amazing and worse, spills they’re a couple, she could cost him the game without realizing it. Tyler is enough of a fan to know (if he wasn’t so distracted) that he’d be better off with Angela saying Tyler played her. The jury would love it but I don’t know if he has had his head in the game enough to prep her to help him in that way.

Here are the few things that were discussed yesterday before the live show:

Thoughts on the Thursday live show:

Feeds after the show:

For the Sam fans, here’s some things she said in post-eviction interviews: 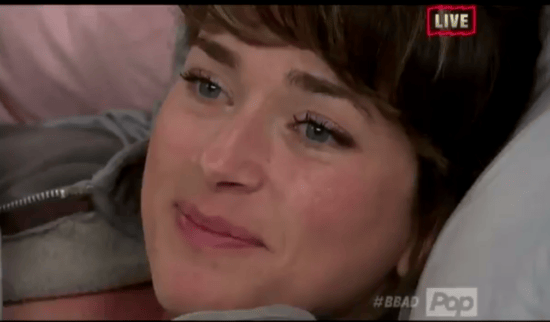 That’s it for yesterday guys but don’t forget, voting for America’s Favorite Houseguest has started. Some fans say player, the show says houseguest but it doesnt matter. You can vote for game reasons, entertainment reasons or because you simply like them. They’re your votes so vote the who and the why however you want. It’s honestly not worth fans arguing over imo.  Have a great Friday!