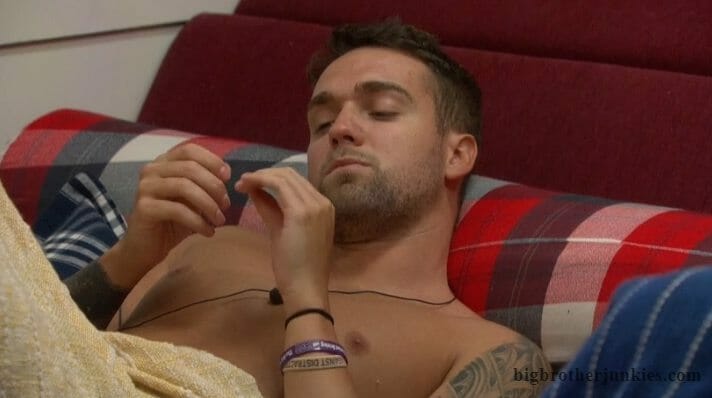 Christie’s HoH is well underway as she has already selected her target and noms for the week. Oops, I mean Holly. Right, Holly (wink).

The plan is pretty straightforward this week for the team. Nominate Nick and Sam, hope there isn’t some crazy power that saves both, and evict the one who doesn’t win veto. If they’re both still on the block, it’ll likely be Nick out the door. They’ll at least be nice and try to give Sam the spot in jury.

Unfortunately, this means that the veto is virtually irrelevant tomorrow unless you’re a fan of Nick or Sam.

In other news, Big Brother has basically thrown their hands up regarding punishments so far this season. They end HNs a day early, and the big poison ivy punishment Julie hyped up last night was just some bodypaint and the two (Christie and Tommy) can’t go outside. Amazing.