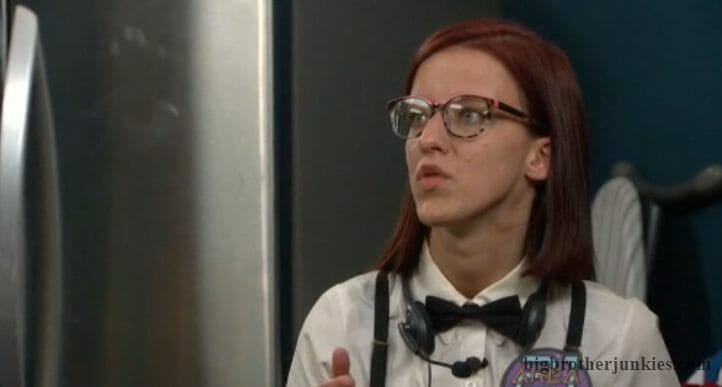 We’ve made it. Day 99. And now it’s time for the night everyone has come to expect – the night of disappointment as a winner is chosen and fans get pissed. Tyler fans got pissed last year, Paul fans the year before. Paul fans again the year before that. Nobody really cared when Steve won 17, so I guess 16 was the last time someone won who fans were generally pleased with the result (Derrick). I know Cody had plenty of fans who were upset he lost, but it’s not like he lost due to a bitter jury or some ridiculous reason. Derrick played a great game and I’m sure even many Cody fans could see that. It’s not like Josh or Nicole doing nothing all summer then getting handed half a million because their opponent sucked at jury management.

And for the record, Kaycee played a really good game but Tyler was just more of a fan favorite and played harder for longer. Kaycee was AWOL the first half of the season and then won a bunch of veto competitions and did nothing with them. Seriously, she won 5 out of 6 veto competitions and never once used it. Of course that’s because she didn’t have to but she typically didn’t have to because of the game Tyler played to set up their alliance to make up 4 of the final 6 (with JC and Sam as Tyler’s side alliances rounding out the other 2).

I wasted two paragraphs talking about old seasons, but that’s probably because I don’t really expect to write much about the episode tonight. It’ll be highlights of the boring house then some jury discussion then the winner. I’m sure the jury stuff will be interesting, but the rest – meh. Before the show begins, I should make my prediction…

Here is my reasoning for this:

Jack and Jackson are close. Analyse was pretty pissed at Holly plus she’ll probably just vote with Jack. I think Nick respects Jackson’s game and competition wins. The big surprise of this will be Cliff and Nicole voting for Jackson. I believe Cliff will be flipped by Dr Will in the roundtable because he’s a Big Brother fan and knows how hard Jackson played. He’ll no longer be bitter and I doubt he’ll want to hand Holly the money. Nicole I believe similar reasons, but she’s smart enough to already know this without being swayed by Dr Will.

For Holly, she’ll have Kat for sure. Jessica will probably vote based on gender. Christie and Tommy are probably going to be annoyed at Jackson for going too far with his lie. I mean a game move is one thing but Tommy was practically in tears and had his game stripped over a complete fabrication.

Holly could win if Cliff or Nicole flip but once again like most of the season, Nicole should be the deciding vote and I believe she’s going to vote for gameplay rather than spite.

Ok, time to publish and watch about 45 minutes of crap before they finally get to the good stuff…

Wow they jump right in with the round table. I guess there weren’t many highlights to show…

I can’t believe she lost this comp. It was built for her.

Ok, time for the final competition

Tommy asks about Jackson being degrading and he just denies it

Holly was underestimated. She claims she was in mensa? She says ‘do you want the frontline soldier or the sniper’

Votes are done, now we get to see the pre-jury

I want to see what Bella has to say about Nick

Kemi asks Jack, Jackson, Christie, and Nick what their obsession with her was.

Julie calls Jackson out about picking David, Kemi, and Jessica for camp were because of minorities.  She’s been waiting all season for that. Jackson denies it entirely and says it was strictly game.

Julie asks Nick about Bella/Kat and he says he takes responsibility for it all and he likes Kat. Bella says she was hurt for being made to look stupid.

Jackson wins. He did NOT look happy. Wow. All he wanted was the confetti but is now known as a racist. This is like a ‘be careful what you wish for’ fable. 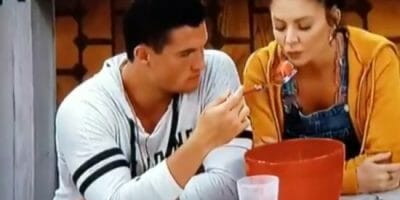