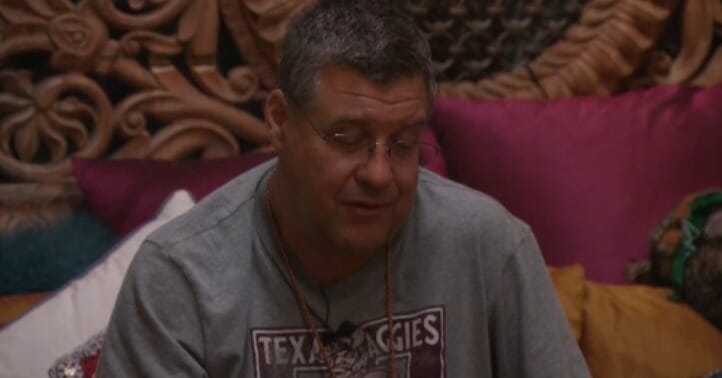 Well, what a turn of events inside the Big Brother house. The guy who I’ve been calling non-threatening ended up winning back to back competitions to not only remain in the house but secure the top spot for a week. Moral of that story: Don’t listen to me.

However, I wouldn’t get too excited quite yet because the person who won HoH did so maybe two hours after promising Tommy that he would put Kat and Jess on the block if he somehow won. He revealed his whole strategy which is to lay low and let the big guys fight it out while he rides along and then sees where he is at the end. Now, that’s a great strategy if you want to make top 5 and then get booted, but it’s a shit strategy if you actually want to win and Cliff has to know this. He is a Big Brother fan so he has to be aware that the floating strategy is risky. Floaters can go at any moment and if they do stay, they’re usually booted at 3rd-4th place. Think of Victoria.

And while it is still pretty early to make a bold move and go after the strongest, he should be aware that he’s on a tiny island with Nicole right now with sharks circling. He’s unlikely to survive, but if he’s going to go, he should at least take one of the sharks with him. Going after Jess or Kat would be one of the most disappointing moves he could make and would cement his legacy as a floater who contributed nothing to the game (Adam Poch BB13). This is his defining week as a Big Brother player, and we’ll know in a few hours which move he decides to make. Yes, he could backdoor someone after Kat and Jess but with so many ripe options to choose from (Jack, Jackson, Christie, Nick, Bella), he can guarantee at least one of them go home this week.