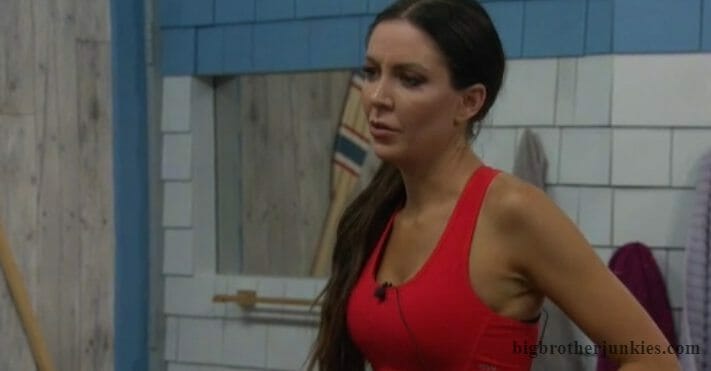 Feeds have been down since the show ended, so we had no clue what was going on – or really if anything was going on. Well, at 1 am est, the feeds came back to give us some spoilers

Round 1 indeed happened and we have a winner….

Now before you shut your browser and give up on BB entirely this summer, hear me out. This is actually good news for Nicole. If things go according to plan, round 2 should feature some combination of athletics and memory. Nicole won BB comics and came really close to winning the last veto. She had virtually zero chance at beating Jackson in round 2, but now that he won round 1, he won’t be playing in round 2. That means Nicole actually has a chance to win round 2 and square off in round 3 against Jackson on finale night!

I was honestly expecting Holly to win round 1 which meant Nicole was screwed in round 2, but this is probably the best news Nicole fans could have realistically expected (she wasn’t going to beat both Holly and Jackson in a physical comp in round 1. Just wasn’t happening)

Anyway, I know all the BB sites are raging right now but hold hope because this is good news.

Recap in the morning!