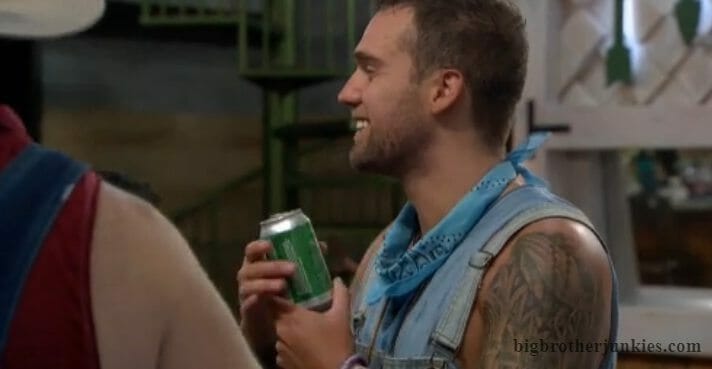 It’s Saturday night in the Big Brother house which means the week is actually almost complete already. The veto is done and now the only thing really remaining is the veto meeting on Monday.

I really hope something big happens this week where the six-shooters turn on each other because I don’t know if I can handle a season of these floaters just getting picked off one by one until the six remaining players knock each other out in the final two weeks of the season. Keep in mind, there are still around 6 players in the house leading up to roughly the last week of the season which means if these six clowns stay together, we won’t really get to enjoy watching them fight with each other for very long. It’s like when Alex got screwed over by Paul. It was fantastic, but it happened too late in the season for us to really bask in that. It’s going to be painful to watch jury clips featuring Jess, Kat, and Nicole painting pictures of random crap.

Nick picked up the veto which means Sam is likely going home this week. Kind of sad.