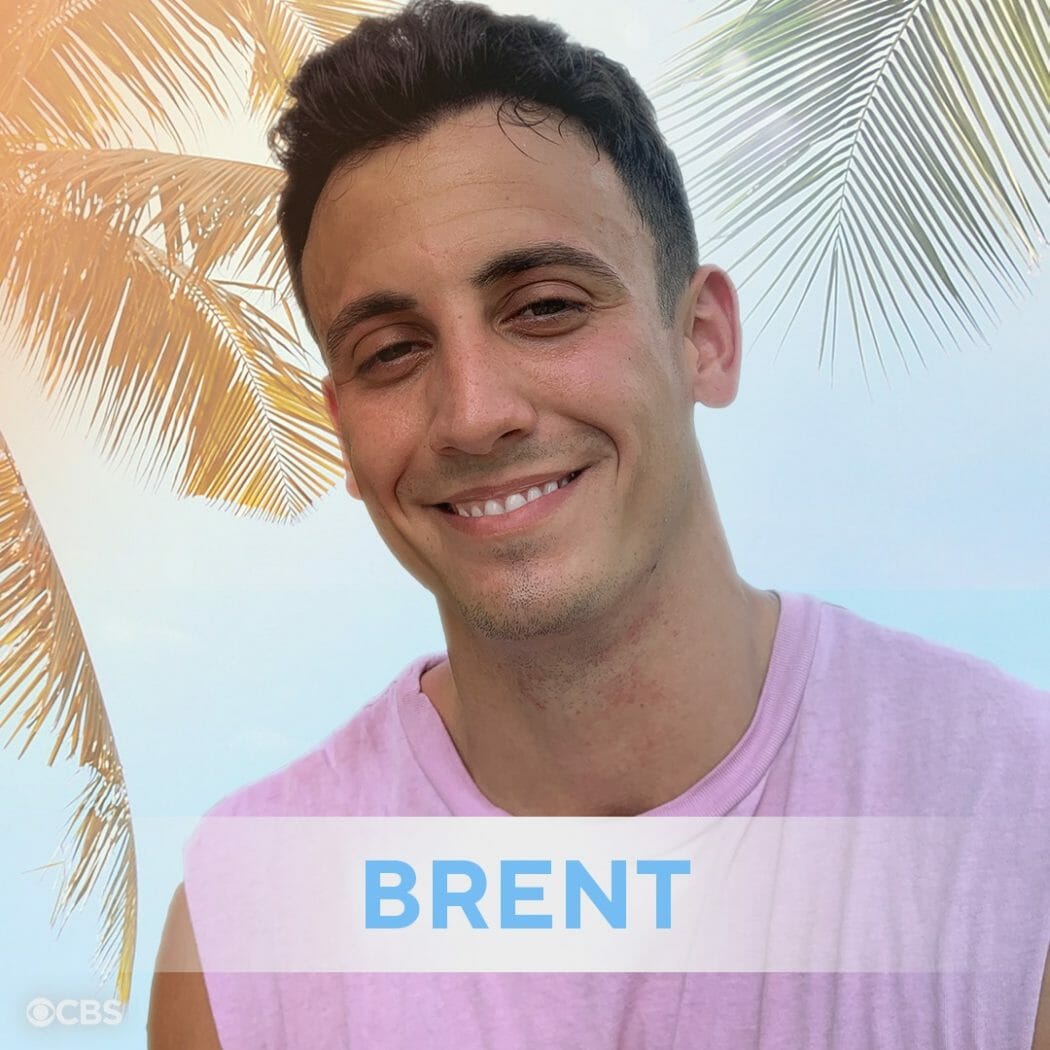 Brent is a flight attendant from New England, and unlike Azah, Brent is team showmance. Maybe. He did say that Tyler and Angela were showmance goals, so does that mean he wants to get in a showmance?  Does he respect showmances that actually work out? Or was he just answering the question about duos and the only memorable thing about Angela and Tyler together was the showmance I guess?  The world will never know.

Now, seeing as he then took that car in 2016 and did a road trip around the US, it’s quite likely he won the car around that time period.  Does that also mean the reward for some contest was a 7-8-year-old used Civic?  Not to shit on the contest, but what kind of reward is that?  I don’t think I’ve ever seen a contest with such a weird reward before.  Don’t get me wrong, that’s still a few thousand dollars worth of a car there which is still very generous, but it’s just weird.  It’s used. It’s bad enough that people don’t realize the hidden expenses they end up getting when they win cars on things like game shows (tax, etc), but those are new so you know they’re usually reliable (or at least under warranty).  What if this car was a lemon on the verge of death?  Is he responsible for repairs?

Or am I putting way too much thought into this contest?  Yea, I’ll go with that.

Anyway, Brent is a typical houseguest.  Nothing about his bio is that exciting but those are usually the people who end up going under the radar for much longer than you’d think.

Three words that describe you: Adventurous, passionate, and confident.

What are you most excited about living inside the Big Brother house?
Meeting all my new castmates! I’m a social butterfly. I truly live for these moments. Also, being the single young man that I am, I’d be lying if I said the women didn’t add to my excitement.

What is your favorite past moment on Big Brother?
I wouldn’t say a favorite moment, but more of a guilty pleasure. I truly enjoy watching the faces of those who RIGHTFULLY get backdoored. The reaction is just so genuine regardless of being on camera. I feel it’s one of the few times where contestants fight their honest emotional nature because of it being so sudden and gives no time to emotionally prepare. True colors show both literally and figuratively.

What is your strategy for winning the game?
Although I feel my athletic ability/background will bring me far in the game, my primary strategy for winning Big Brother is heavily dependent on my social abilities. I’ve been told countless times by many, both peers and strangers, that my charm is POWERFUL. I plan on using this skill in every social interaction in the house, male or female.

What would you take into the house and why?
-Note pads/pens so I could take detailed notes of small, medium, or large events happening throughout the Big Brother house for later use in the game.
-iPod: Hype music is everything when it comes to athletes.
-Money counter: makes it a heck of a lot easier to count $500,000 than by hand.

Fun facts about yourself:
-I am a former D1AA collegiate athlete. (Injury ended it before it really began.)
-I am a former live lottery television host for Rhode Island Lottery.
-I won my very first car, a 2008 Honda Civic, in a video making contest.
-I quit my jobs in the summer of 2016 to take a road trip around the United States in that very Honda Civic. Five weeks and 9831.2 miles later, my desire for spontaneous adventure and experiences only grew.
-I created and have my own personal fishing website.