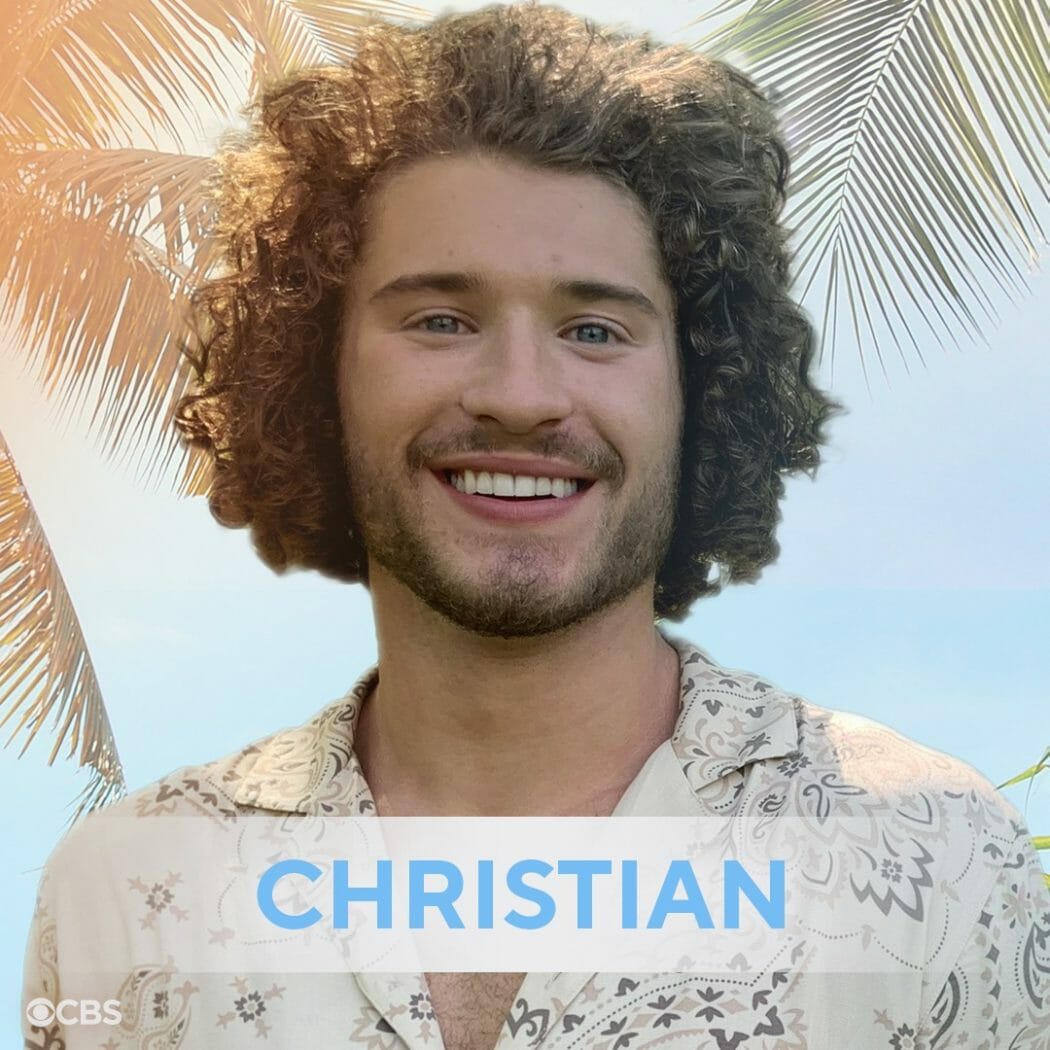 When I see Christian, I get a lot of Tyler vibes as just a chill guy who isn’t going to cause waves in the Big Brother house. Although I don’t know how successful he’ll be at making friends for life in the house. Something Frank said a few seasons ago stuck with me how as soon as the show is over, most go their own way and rarely talk to each other again.

I guess that makes sense seeing as you spend 2-3 months living with people who you are constantly wondering if they’re going to stab you in the back once a week.  Don’t get me wrong, there is always a bond between cast members, and that’s why you always see them gravitate toward each other during seasons when players return.

Why am I rambling on about friendships outside the house rather than Christian?  Simple. Because he’s a pretty plain guy so there isn’t a whole lot to talk about other than that.  I think he’ll likely see jury but bumped out somewhere in the 7-10th position.

Three words that describe you: Charming, friendly, and determined.

Who are your favorite Houseguest duos? Those who became best friends in the Big Brother house or had a showmance?
Zack & Frankie aka Zankie.

What are you most excited about living inside the Big Brother house?
Making new friends for life and competing in comps.

What do you think will be the most difficult part about living inside the Big Brother house?
Isolation from loved ones.

What is your favorite past moment on Big Brother?
Jeff using his Coup d’etat power to backdoor Jessica.

What is your strategy for winning the game?
Ultimately be myself because I am a joy!! But I would like to appear fun and clueless as to not raise any flags, align myself with more people, and slip up as a physical threat when I need to schmooze the house.

My life’s motto is…
“Sometimes your ice pop falls on a penny.”

What would you take into the house and why?
-Bucket hat, I look good in it.
-My cologne, it makes me literally irresistible.
-My ring, it reminds me to play through things.

Fun facts about yourself:
-I can ride a unicycle.
-My pupils are two different sizes.
-I can do multiple flips.
-I’ve only had one girlfriend.
-My favorite food is chicken and waffles.