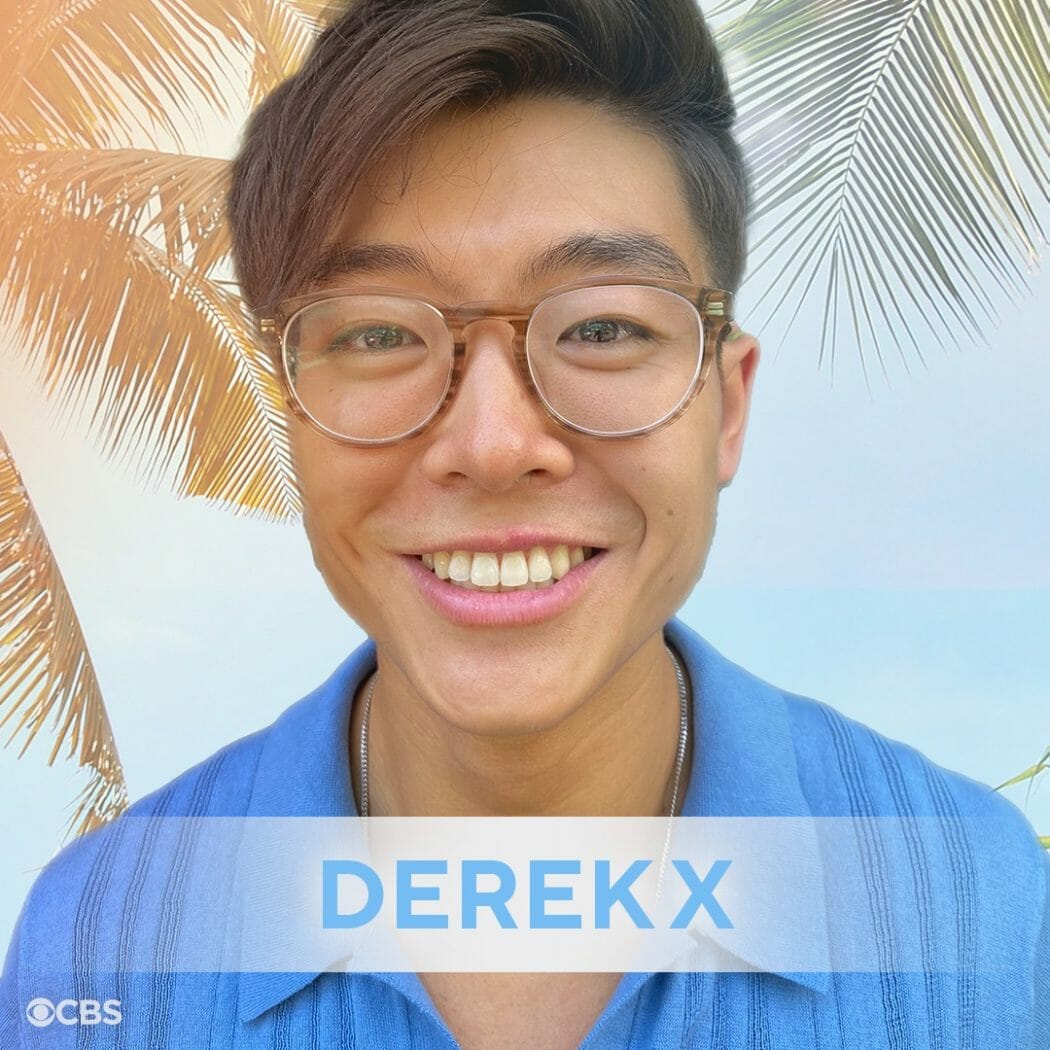 We meet the second Derek of the season. Who gets the nickname and who doesn’t will be determined by the cast I suppose.  I mean I originally thought of just calling him X but we have an Xavier in the house so that won’t work. I’ll just have to see if either have a preference because there is no way I’m writing Derek F and Derek X all season like I did most of last year between the Nicoles.

His bio is fairly weak regarding anything of value to the game. He plays chess and was once stung by a jellyfish in Thailand and was then later forced to eat said jellyfish.  My question is, did he pee on the sting? Is that really a fix for jellyfix stings, or do I watch too much tv?   His strategy in the house will be to build relationships with everyone and slowly turn those friendships into alliances. And of course he plans to sprinkle on some unassailable logical reasoning to his friendships which will influence their decisions.  Needless to say, this strategy is doomed to fail and I bet it’s out the window by the end of the first week.

You have to be a pretty charming person to be able to create all these friendships and then play the mind games to sway them to do your work for you. Does Derek have that charisma? Maybe, maybe not, but I’m going to put my money against it simply because that charm only comes every few seasons.  Sure, 75% of every cast every season is likely the most charming person in their small pond, but once you throw them all in the same house, only a handful are ever able to actually become the big fish in the big pond.  And then they have the difficulty of trying to throw strategy in without getting caught in a web of lies at some point (Tyler). It’s just a rare event.  Maybe Derek can do it, but smart money says he will enter the house, be super friendly, and then get walked over by the more dominant figures in the house.  He’ll become a number in an alliance and then discarded when no longer needed.   He’s a middle of the pack player.

Three words that describe you: Funny, logical, and thoughtful.

Favorite activities: I’ve been really into chess and surfing recently. I just spent a month in Hawaii, and I would surf every morning and then play chess on the beach. Growing up I fell into the typical Asian stereotypes and played tennis and piano. My mom only cooked Chinese food growing up, so I started learning how to cook so I could make random food that I craved, like mac and cheese. Now I love cooking and trying new recipes. My least favorite activity would be cleaning the dishes afterwards though.

Who are your favorite Houseguest duos? Those who became best friends in the Big Brother house or had a showmance?
Dr. Will and Mike Boogie. They looked like they were having a great time in the house, while also playing the game extremely well.

What are you most excited about living inside the Big Brother house?
Meeting interesting people from across the country. I love meeting new people and getting everyone laughing.

What do you think will be the most difficult part about living inside the Big Brother house?
Not being able to see my friends and family for the whole summer.

What is your favorite past moment on Big Brother?
Dan’s funeral speech in Season 14. That moment was flawless game play that leveraged both emotional and logical strategy.

What is your strategy for winning the game?
Build relationships with everyone in the house and slowly turn friendships into alliances. And then layer in unassailable logical reasoning to influence peoples’ decisions.

My life’s motto is…
“If you laugh at yourself first then everyone is just laughing with you.”

What would you take into the house and why?
-A journal so I can keep track of all the funny stories to share with my friends.
-My laptop so I can keep working on my business.
-An iPod so I can get hyped for competitions or relax after long days.

Fun facts about yourself:
-I rented a Citi bike to compete in a triathlon in college…and then crashed the bike.
-I was stung by a jellyfish in Thailand and then was later forced to eat the jellyfish.
-I was one of two Asian guys in my high school graduating class.
-I started a company that ships meal kits by food influencers across the U.S.
-I took hip hop dance classes in New York.