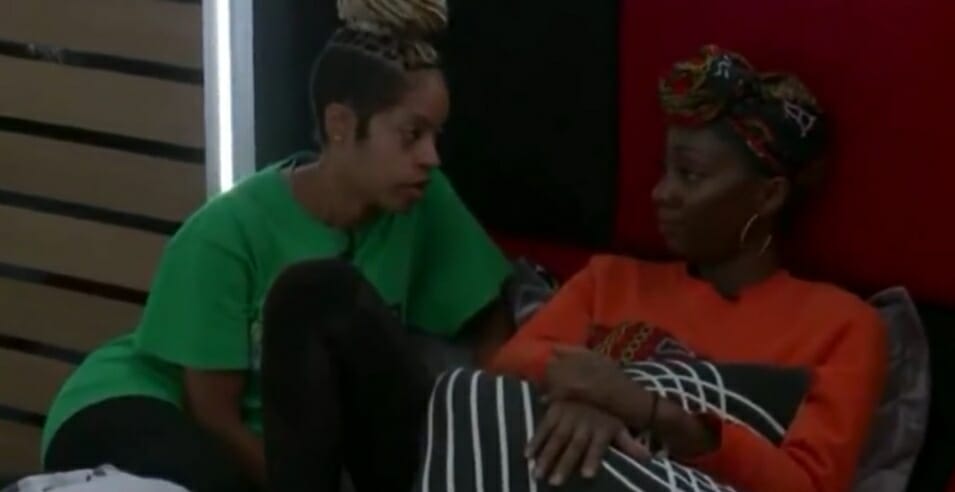 Good morning everyone.  Yesterday was fun on the feeds…unless you’re related to Brent. Who said the good feeds would leave with Frenchie? 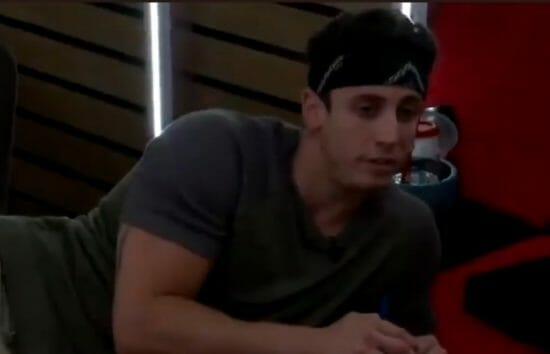 Speaking of Frenchie, he made the interview rounds yesterday and he’s still playing fast and loose with the truth. “The TRUTH, you can’t handle the truth!” (I’d like to see Jack Nicholson’s character from that movie go into the house and roast Brent and maybe Derek F. (No idea why that came to mind tho) Back to Frenchie….I read interviews from Heavy.com, ew.com, Parade.com and  listened to the one on the RHAP podcast. The best 2 interviews were RHAP and Parade because they tried to call him out a bit on his bullshit. Mike Bloom from Parade asked some pointed questions and followed up when he gave an answer that didn’t make sense. Frenchie finally admitted he didn’t play a good game to Taran and Rob on RHAP. (I think he knew he couldn’t BS them) I found them all on Twitter but I’m sure you could just google them. I’d provide links but as the regulars here know, I’m almost computer illiterate, which means, I don’t know how to do it. If you hand me a screen or a keyboard, I can type but that’s about it. They’re worth the read if you like fiction.

Since Steve was The Man yesterday just blogging away, I don’t think I need to get too in depth with the recap. I’ll just go over some moments that stood out to me. If you want the minute by minute, you can read both of the Friday posts from Steve.

Ok, I’m pretty far down this page and realize I haven’t really said much of anything. (This is going to be the written version of listening to Charlie Browns school teacher)  The Wild Card comp was played and won by Tiffany. The way she won caused a bit of drama. (I’ll cover that later) Xavier made his noms which were Brent and Britini. Xavier planned to convince Brent he was a pawn so he could take out someone from the “girls alliance,” which has been Brent’s goal. Like Steve said, this plan was a no go from the start. Brent was never gonna buy that but hey, it was worth a try, wasn’t it? Maybe not? Worst case, he pisses off Brent who he hopes won’t be there for jury anyway. In some situations, Xavier would run the risk of looking like a liar but since the entire house is going for an Academy award over these noms, they can’t really look back on this and call him one. I don’t see where Xavier risked that much by trying it but he didn’t gain anything either. (I don’t care because we did) 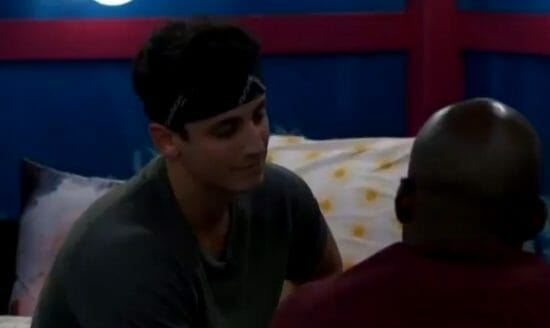 Britini got a heads up that she’d be a pawn and she was understandably upset. I’m sure nobody enjoys being a pawn 2 weeks in a row but I’ve definitely seen people handle it better. Before Britini has anymore meltdowns, she should try and channel BB15 Spencer, BB16 Victoria, BB17 Johnny Mac or even Kevin from last season. The point is, she hasn’t been the season pawn yet so she needs to stop acting like she has been. On the other hand, pitching a fit could prevent someone else from using her as a pawn as they may want to avoid the drama. (I’m really indecisive this morning) Better still, if you don’t want to be a repeat pawn, make yourself valuable to people.  I just don’t see where she’s done that, except to Azha.

Let’s move on to Azha. Wow, she was really upset yesterday! When she realized Britini may go up again, she offered to go up instead. She didn’t want Britini to have to do it again. It was commendable on a personal level not bot very game smart. She was also mad over the way Tiffany won the Wild Card comp. Tiffany and Derek X sort of teamed up to knock Britini out of the comp. I get not liking that if you didn’t know it was going to happen but here’s what I don’t get. She was aware of the plan to go after Brent this week but she talked as if she wasn’t. She also sounded like she didn’t know Brent was targeting her when she spoke with Xavier but she did know. After the whole floater/coaster debate, it got back to her that Brent was mad over it and was looking at her as a target. She’d said earlier in the week, she’d like to win hoh and go after him so why was she acting like she didn’t know anything about it? With Azha, I don’t think it’s enough to have a group target. She also wants to dictate the way they will execute the plan to get the target out. If it isn’t her way, then it’s wrong. If you want to do it the way you’d do it, either win the hoh or leave your bedroom long enough to socialize so you can have some influence on decisions. (Sorry, not sorry) Maybe I just don’t have the patience for Azha because my personality is more like Tiffanys than Azhas, so I probably relate to her more, therefore, I probably agree with her more. 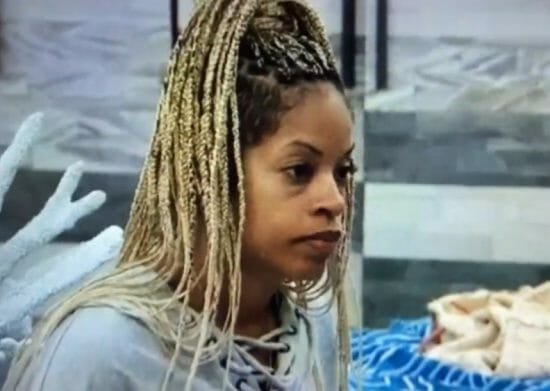 When Tiffany tried to talk to her, Azha said it wasn’t the way she would’ve gone about it. Tiffany was telling her that she would rather Britini go up than possibly Azha as a pawn. Azha asked if she’d heard she might be a pawn and Tiffany said no. (This is the first real misstep I’ve seen Tiffany make. It may not turn into anything but it could. She insinuated that Azha could’ve gone up when X hadn’t said anything about that)  Azha said she was fine being a pawn because she would have the votes to stay. Tiffany pointed out that if Azha had the votes, so would Britini. She couldn’t get Azha to understand that Derek X had no intention of winning the comp because he didn’t want Brent to be safe. Tiffany doesn’t seem to coddle Azha’s moods as much as she probably should (for the sake of her game) but Tiffany’s personality is a little more blunt. 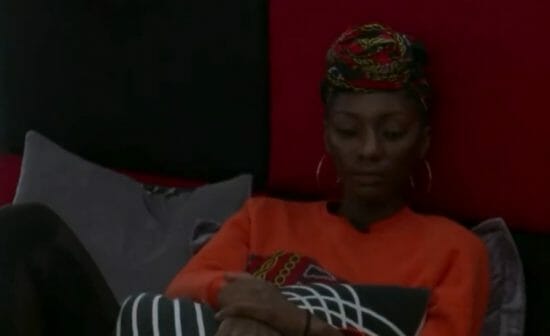 Later, when Azha talked to Derek X, she asked him the same questions as Tiffany. She wanted to know why Tiffany went after Britini in the comp and not Derek X. Derek told her the obvious which was that Derek X was throwing it so they could go after Brent. He said she didnt need to knock out Derek X when he was throwing it anyway? She still put up an arguement. (brick wall….meet Azha) It was obvious she didn’t care that this answer was logical or “logistical” as Brent says. She’s gotten very close to Derek X but last night, she said something about putting him otb. She said she was joking but I’m not so sure. Azha was mad and wanted to be mad. It’s a good thing she has the cookout protecting her because I wouldn’t see her being long for this game if she didn’t. 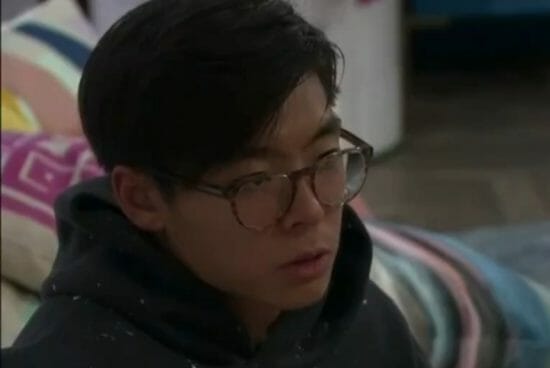 After noms, Xavier talked to Britini again. He assured her she was safe and was NOT a target in any way. She tried to get him to say she could come off the block after noms. He said it was possible. 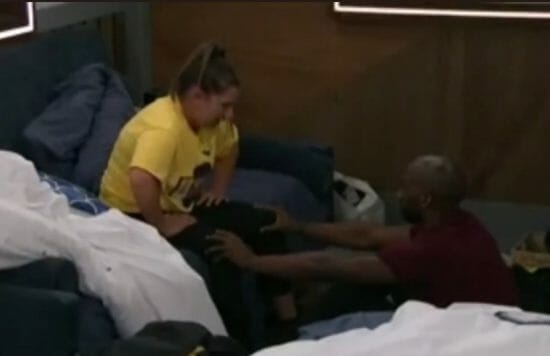 Brent told everyone he knew he was the target, Xavier had betrayed him, asked people how they were voting and kept saying his team was very upset with Xavier. Here’s part of Brent’s distraught team after noms: 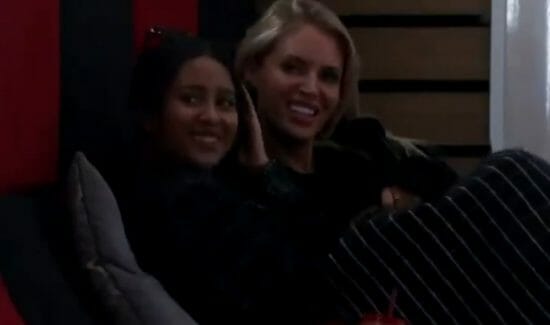 This is another one of Brent’s team throwing the hoh comp so his nom could happen: 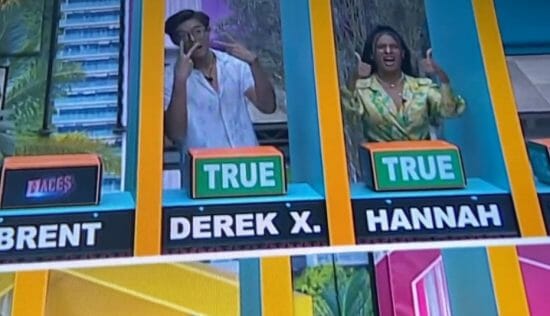 One of Brent’s issues yesterday was the fact that Xavier should be taking out a woman. He explained how the men would be out numbered and get picked off by the women. Oh, did I mention, he kept explaining this tho the women??

The entire house continued to play dumb and let Brent think what he wanted to think. If Brent wasn’t such an egomaniac, I’d probably feel sorry for him.  Tiffany got in on the action too with a little alliance hand signal to make Brent feel better: 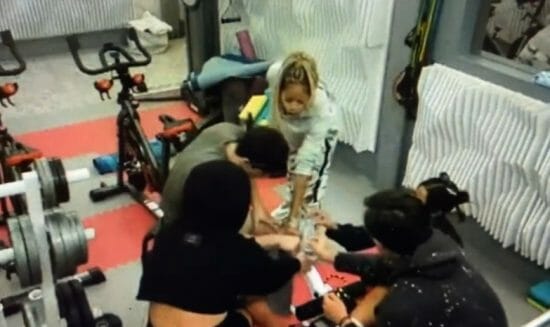 Brent said Alyssa was really mad and upset that he went otb. He let Xavier know his entire team was upset with him too. This was Xavier’s entire team dancing: 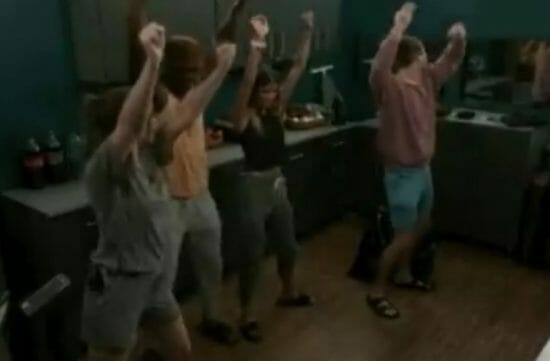 Alyssa and Hannah had fun retelling all of the things Brent told them to the others. This is Claire and Tiffany just taking it in because apparently, Brent said they were mad too: 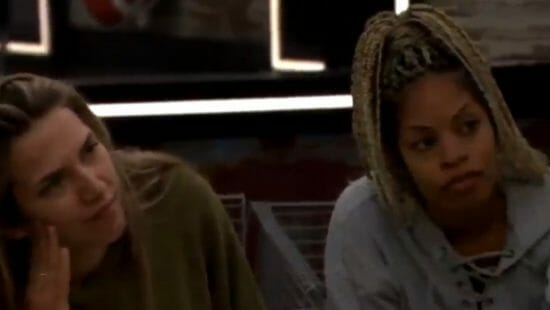 With the Queens team of Kyland, Claire and Tiffany all being have nots, they’re able to talk game more easily this week. Kyland filled them in on Derek X admitting to him that he’s developed a close relationship with Azha. (Maybe not anyore) They also discussed getting Whitney out so they will have Hannah on their side even more. One of the reasons, but not the only one, some players are doing better in the game, is the way they look at the team twist. Yes, it’s important because it can get you safety without winning the hoh yourself. Other than that, the people playing the best are the ones who are treating the teams the way they should be….as if they don’t exist. This was the best strategy from the start and it’s not surprising the Queens are doing well since that’s the way they’ve looked at it.

Sorry this one was posted late today. I prepped the subfloor for the flooring last night. When they arrived this morning to do it, they filled me in on the fact that they had to start on the other side (the side I hadn’t prepped yet) so I had to do the part I hadn’t done this morning before doing the recap.

I can’t wait for this veto! Talk to ya’ later and have a great Saturday!